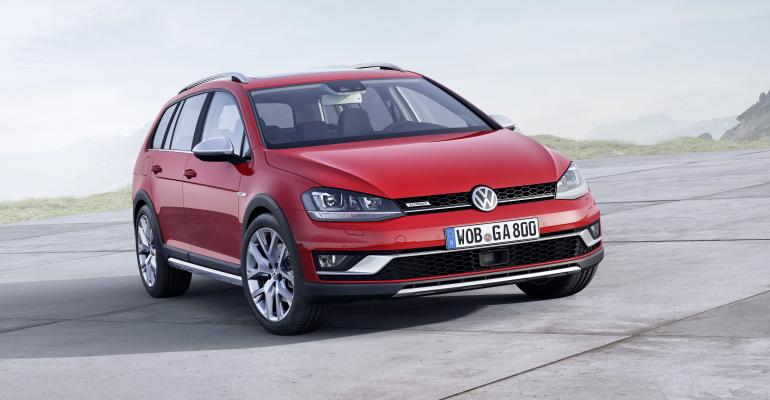 Matching the industry&rsquo;s 35% sales rate on utility vehicles is seen as the key to reversing VWA&rsquo;s slide.

VWA CEO Michael Horn points out that the brand sells nine cars for every one CUV, whereas industry-wide, CUV/SUV sales account for about 35% of the market.

The lack of product in the sector is one of the reasons the German brand’s sales are off 9.3% through March, according to WardsAuto data. It volume of 79,239 units in the first quarter resulted in a loss of 0.3 points of market share.

“I’d like to get SUVs to 40% of our sales,” Horn tells WardsAuto. But VW doesn’t have many CUVs in the pipeline near term.

Next year, the midsize CrossBlue CUV goes into production at VWA’s Chattanooga, TN, assembly plant. Multiple derivatives of the model are planned, potentially including a version of the Cross Coupe GTE Hybrid concept unveiled at the North American International Auto Show in January.

A more American-market-focused Tiguan will debut in 2017, with production for the North American market shifting to VW’s Puebla, Mexico, plant. The revamped model is expected to grow in size a bit from the current Tiguan, potentially leaving room for a new entry-level compact model derived from the Golf.

At the New York International Auto Show this month, VW unveiled a new all-wheel-drive Golf SportWagen dubbed the Golf Alltrack that is designed to help fill some of the void. Horn says both dealers and customers have been clamoring for an AWD version of the SportWagen. However, it won’t go into production until next year when it will debut as a ʼ17 model.

The AWD system is made by Haldex. In normal driving, the Alltrack acts like a front-wheel-drive car for better fuel economy. But as soon as the system detects wheel slip, up to 50% of the drive torque can be shipped to the rear wheels.

In addition to the Haldex coupling that acts longitudinally, electronic differential locks at the front and rear axles act laterally in concert with the electronic stability control system. The system briefly brakes a slipping wheel, enabling uninterrupted and stable transfer of drive power to the wheel on the opposite side.