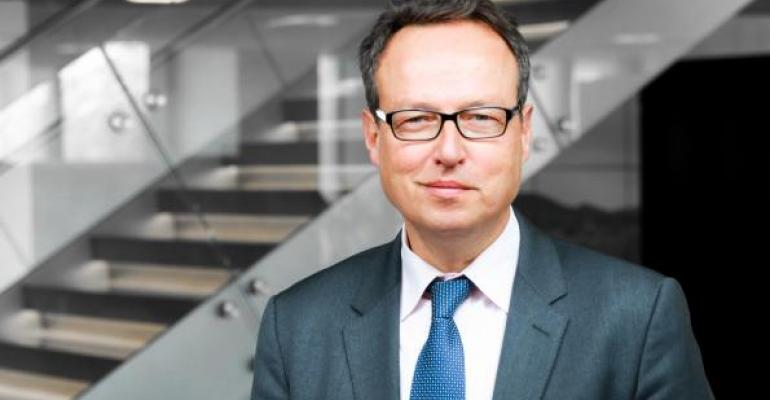 As head of VW&rsquo;s North American unit, Hinrich Woebcken has delved into several projects, including convincing headquarters to give the American unit greater autonomy.

​CHICAGO – Volkswagen hardly is America’s car company, but Hinrich Woebcken is working on it, or at least trying to make the German brand and its products more appealing to U.S. automotive tastes.

In his two years as head of VW’s North American unit, the German native has delved into several projects. Those include convincing management in Wolfsburg to give the American operations more autonomy or, as he puts it, “let these American guys help themselves.”

As a consequence, he says, VW is shifting from a reputation as essentially a small-car company with deep mid-20th century American automotive import roots (thanks to the original Beetle car and iconic microbus, officially called Transporter) to one with a broader modern portfolio that includes CUVs, such as the new 3-row Atlas and smaller Tiguan.

“The Atlas was designed specifically for America, with features such as lots of rear cargo room,” Woebcken says at an Economic Club of Chicago luncheon tied to the Chicago Auto Show. “We put in it what was necessary for the U.S. market. Here, it is called midsize. In Germany, it would be considered huge.”

He oversees all VW involvement in the U.S., Mexico and Canada. He also heads Volkswagen Group of America. Its brands include Audi, Bentley, Bugatti and Lamborghini.

He was hired away from BMW and dispatched to America to deal with pressing VW issues. Among them: crisis-managing a debilitating scandal stemming from VW cheating on emission tests with its TDI diesel engines.

Referring to it as “the TDI disappointment,” Woebcken says he had weeks, not months to develop a plan of action that within a year led to taking 440,000 vehicles with the affected engines off the road.

“We wanted to get this behind us as quickly as possible,” he says.

But that wasn’t the only thing VW needed to repair in America.

“We also needed to fix the business model, because we were not a strong player in the market,” he says.

“And we needed to shape our future,” Woebcken says of item No.3 on his to-do list. “I’ve never had such a challenge of managing a crisis and at the same time building a future.”

For VW worldwide, the future is electrification. The company has embarked on an ambitious electric-vehicle program, pledging to introduce two EVs in 2020 with more to follow.

Fundamental to revamping the automaker’s American unit was convincing the top echelon back in Germany of the need to do that.

“Many of the members of the board aren’t very familiar with America, and didn’t have that connection,” he says. “I did. I was a high school exchange student in upstate New York in the 1970s. I lived with a great American family. I went to the school prom.”

He became VW’s point man in the U.S. in April 2016. He persuaded all eight members of the board to visit the country four months later. “I dragged them to America,” he quips. “We talked to dealers. We ate big American steaks.”

The company still is working on getting its product portfolio in line with market demands in the U.S., where utility vehicles and trucks accounted for 65% of industry sales in 2017.

That contrasts with 25% for VW. Woebcken says that’s expected to increase to 50% soon, thanks to new product offerings such as the Atlas, a vehicle that has garnered accolades and which WardsAuto classifies as a Large CUV. Plus, VW has kept the original Tiguan Limited in the U.S. market while adding an all-new larger Tiguan to compete in the midsize segment. All three of those CUV segments are booming.

Two critical factors U.S. consumers weigh when buying a vehicle are reliability and cost of ownership, Woebcken says. “That’s why we offered the best warranty in America, bumper-to-bumper, six years or 72,000 miles, and transferable.”

He notes that in Germany, consumers typically order their vehicles and willingly wait for the manufacturer to build them. “Here, it’s, ‘I want that car now.’” That’s why U.S. dealerships carry acres of inventory.

Which way is better, building to order or fulfilling immediate gratifications?

“Build-to-order was tried here before, and it failed,” Woebcken tells WardsAuto. “Let’s not change that game. Let’s play it.”