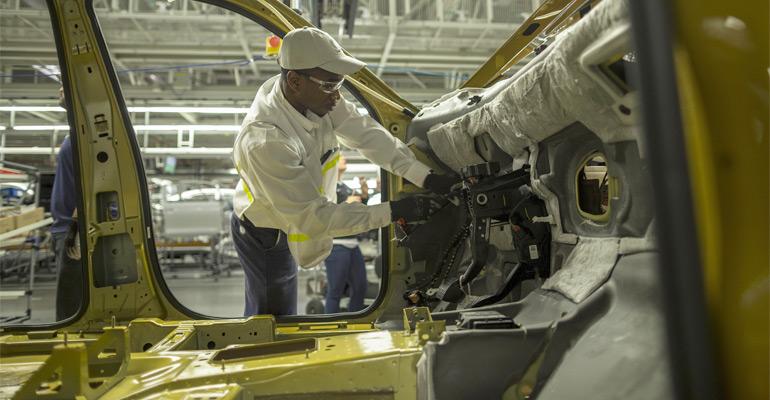 The National Labor Relations Board is reviewing a petition filed April 9 by VW Chattanooga workers seeking a vote later this month on whether the UAW should represent all production and maintenance employees.

The UAW is renewing its bid to expand its foothold at Volkswagen’s Chattanooga, TN, plant.

The National Labor Relations Board is reviewing a petition filed April 9 by Chattanooga workers seeking a vote later this month on whether the union should represent all production and maintenance employees.

Chattanooga workers echo a UAW official who says that by denying them the right to bargain the automaker is treating them differently than other VW employees.

The UAW represents 2,500 workers at the Spring Hill plant, also in Tennessee, as well as employees at nearby supplier Magna, which builds seats for Spring Hill products.

VW spokesman Mark Clothier says, “We’re aware of the (NLRB) petition but not commenting at this point.”

In 2014, Chattanooga workers voted 712-626 against UAW representation in a highly publicized campaign that featured anti-union broadsides by leading Tennessee Republicans such as former Sen. Robert Corker and the National Right to Work Committee.

“This isn’t about politicians. It’s not about outsiders. It’s about Chattanooga workers,” Cochran says. “We deserve the same rights as Spring Hill workers and every other VW worker in the world.”

In 2015, skilled-trades workers who repair and maintain equipment at the plant that makes the Passat midsize sedan and new Atlas SUV voted 108-44 to join the UAW. It was the union’s first victory in its years-long effort to organize workers at foreign automakers’ so-called transplants.

Volkswagen has appealed the result of that election and has refused to bargain with the so-called micro-union, claiming it wants the entire group of production and other workers to vote. That case is pending before the NLRB, which is controlled by a Republican majority considered unsympathetic to unions.

“It’s time,” says Annette Stallion, a Chattanooga production worker on the day shift. “Our (skilled-trades) workers voted to form a union and VW still refused to bargain. They said they would bargain if production and maintenance workers voted – so let’s vote.”

Chattanooga workers have the support of the Geneva, Switzerland-based IndustriALL Global Union, a coalition of unions from 140 countries. One of the mainstays of IndustriALL is IG Metall, the influential German metal workers’ union representing Volkswagen employees in that country.

“Not only has the democratic election result (by Chattanooga skilled-trades workers) not been recognized in the workplace, Volkswagen is actively fighting it in court, trying to stop the workers from joining a union,” IndustriALL said in a statement released in January.

While IndustriALL doesn’t bargain with employers, its pronouncements have bite because of European Union regulations that give unions more latitude than they have in the U.S.