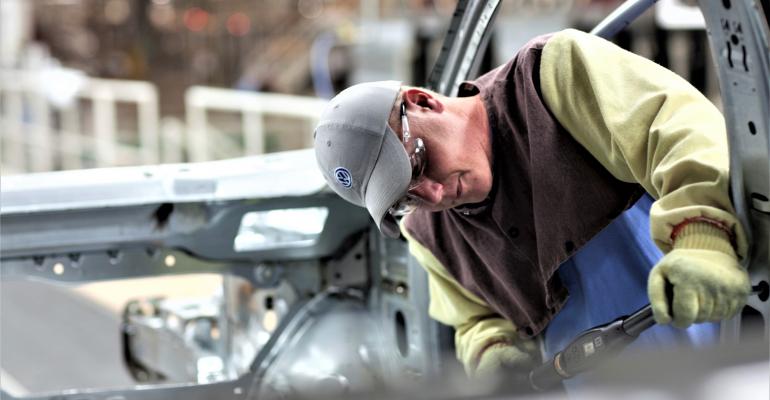 Chattanooga would have been one of the first U.S. auto plants shut down by COVID-19 to resume vehicle production. Some Detroit Three facilities have been producing equipment such as ventilators and personal protective equipment to assist in the crisis.

Volkswagen of America delays the start of production at its assembly plant in Chattanooga, TN, amid concerns about the readiness of the automaker’s supply base.

“Volkswagen Chattanooga has reassessed plans to resume production May 3,” VW says in a statement.

“Before setting a new start date, Volkswagen will weigh the readiness of the supplier base, as well as market demand and the status of the COVID-19 outbreak,” the statement says. “The company will continue the work to start production from an organizational perspective and refine and strengthen the health and safety measures to safeguard our employees.”

The delay underscores the interdependence between automakers and suppliers, many of whom are in a fragile financial position.

VW Chattanooga, which assembles the Atlas SUV and Passat sedan, suspended production March 21 prior to stay-at-home mandates from state and local government.

Employees and production contractors received full pay and benefits for a total of three additional weeks of compensation, a spokeswoman says.

The automaker said in late March it planned to resume production at Chattanooga on April 12. But on April 11, production and maintenance employees were placed on temporary emergency furlough.

In an April 22 statement announcing the planned May 3 restart, VW said it had implemented new worker health and safety measures and cited relaxed state and county restrictions. It did not mention the status of Chattanooga’s supply base.

Kristen Dziczek, vice president of the Ann Arbor, MI-based Center for Automotive Research, says suppliers are facing enormous financial pressure from the production shutdown triggered by the spread of COVID-19. Suppliers are paid 30 to 60 days after delivering material; thus, many suppliers face having no revenue after mid-May, she says.

In addition, 78% of the suppliers connected to the auto industry employ fewer than 100 employees and operate on thin margins, leaving them especially vulnerable to the financial disruption created by the pandemic.

“You need all the parts to show up at the same time in order to build a car,” Dziczek says.

Even before the pandemic shut down much of the economy, suppliers were under pressure to invest heavily in new technology required to build electric and autonomous vehicles, she notes, adding the process of consolidation likely will speed up as companies feel the financial pressure created by COVID-19.

Chattanooga would have been one of the first U.S. auto plants shut down by COVID-19 to resume vehicle production.

Mercedes-Benz has gradually begun to reopen its Alabama plant. Some Detroit Three facilities have been producing equipment such as ventilators and personal protective equipment to assist in the crisis.