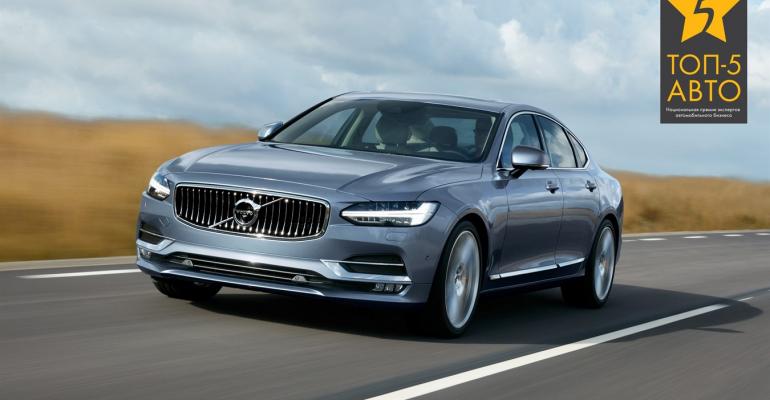 The range of vehicles built at the plant could include Volvo&rsquo;s most popular models in Russia, including XC60 and XC90 CUVs and S90 sedans.

ST. PETERSBURG – Volvo is considering building a plant for the production of cars and auto parts in Russia, according to Michael Malmsten, head of Volvo Car Russia.

Malmsten says Volvo Car, a subsidiary of Chinese automaker Geely, considers Russia a market with much potential for further growth.

“The logic of the auto business is to locate production in growing markets,” he says. “Therefore, Volvo is exploring the possibility of the establishment of Russian production. Production may take place from (completely built-up) sets. At the same time the company has not ruled out the possibility of localization of certain auto parts.”

The plant’s possible location, as well as its production volume, is not being disclosed. According the Russian Ministry of Trade, one of the company’s options could involve building a factory in the St. Petersburg area due to the logistics benefits derived from its close proximity to Sweden.

The range of vehicles built at the plant could include Volvo’s most popular models in Russia, including XC60 and XC90 CUVs and S90 sedans.

Russians purchased 2,359 Volvo vehicles through the year’s first five months, up 33.9% from like-2016, according to WardsAuto data, and May’s 697 deliveries were 114.5% above a year earlier. Sales were boosted by the launches of the S90 and V90 Cross Country.

Overall light-vehicle sales in Russia grew 14.6% through May, the market’s first month of double-digit growth in two years. Volvo hopes the ongoing recovery of the Russian automotive market will help it achieve one of its most ambitious goals – increasing annual sales there to 20,000 units by 2020.

Before the market’s current recovery got under way, Volvo considered establishing Russian production at a Kaliningrad plant operated by contract assembler Avtotor.

Volvo Standing Up to Russian Economic Headwinds
May 08, 2015