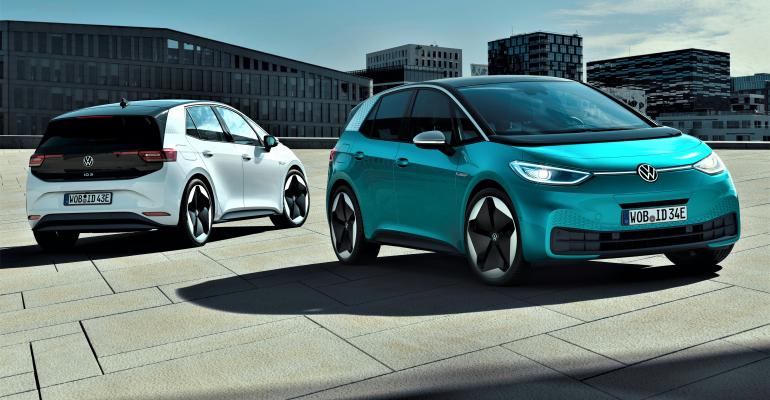 Volkswagen unveils the first model in its newly created ID. range of dedicated electric vehicles, the ID. 3, at the Frankfurt auto show.

The 5-seat hatchback heralds a huge revamp of the VW brand, signifying a major step toward the automaker’s ambitious plans to become the world’s leading manufacturer of electric vehicles.

Described by Chairman Herbert Diess as the most significant new VW model to appear since the launch of the first-generation Golf in 1974, the ID. 3 also is the first model to be based on the German automaker’s highly flexible MEB (Modularen Elektrik Baukasten [Modular Electric Toolkit]) architecture.

Until now, the ID. 3 has been officially displayed as a prototype with camouflage plastic wrap covering its bodywork.  The production version revealed at Frankfurt displays clear styling links to the initial ID. concept revealed at the 2016 Paris auto show with proportions and dimensions similar to those of VW’s existing Golf Sportvan, a family-oriented hatchback model sold in European markets.

At the heart of the new ID. model is an electric drivetrain conceived to provide it with class-leading levels of interior space (below, left). It uses a rear-mounted electric motor with power channeled through a fixed-ratio gearbox to the rear wheels in a layout reminiscent of the iconic VW Beetle.

The EV will be offered with the choice of three different battery sizes, allowing buyers to opt for a range that best suits their driving requirements. Included are 45-kWh, 58-kWh and 77-kWh variants with respective ranges of 205 miles, 261 miles and 342 miles (330 km, 420 km, 551 km).

The lithium-ion battery is integrated wholly within the flat-floor structure of the ID. 3’s MEB platform.

All versions of the new VW have been developed to offer 100-kW fast charging, allowing a claimed 180-mile (290-km) range from 30 minutes of charging.

The hatchback offers a class-leading drag coefficient of 0.27. 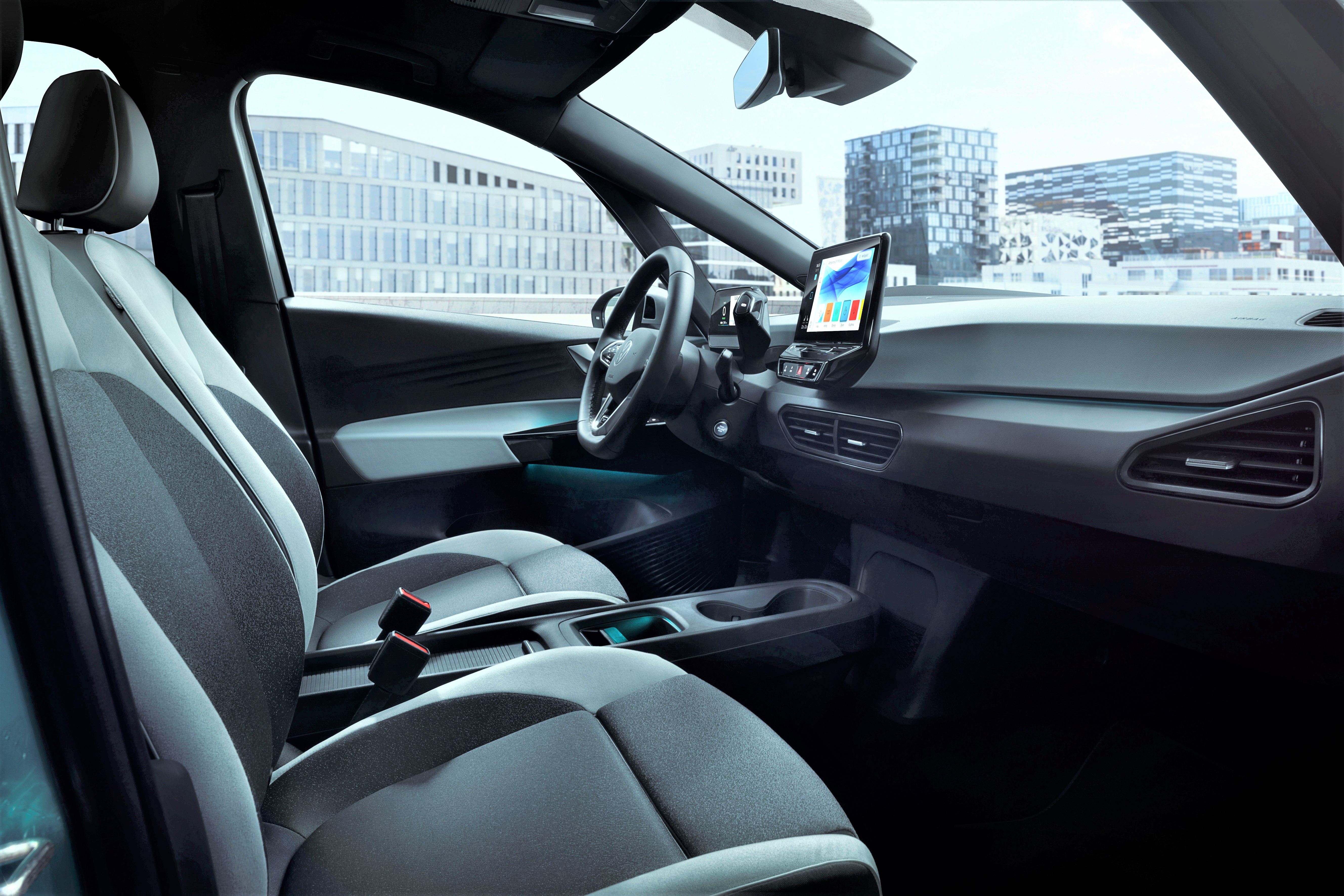 Speaking at the ID. 3’s unveiling in Frankfurt, VW marketing chief Juergen Stackmann says: “From the outside, the ID. 3 will be as large as a Golf. In the interior, it will be as spacious as a Passat.”

VW doesn’t rule out the possibility of North American sales of its first ID. model. However, Diess tells Wards ID. sales in the U.S. will kick off with a production version of the earlier ID. Crozz concept in both SUV and SUV coupe guises from 2021. Both models will be produced at the automaker’s Chattanooga, TN, plant for the North American market.