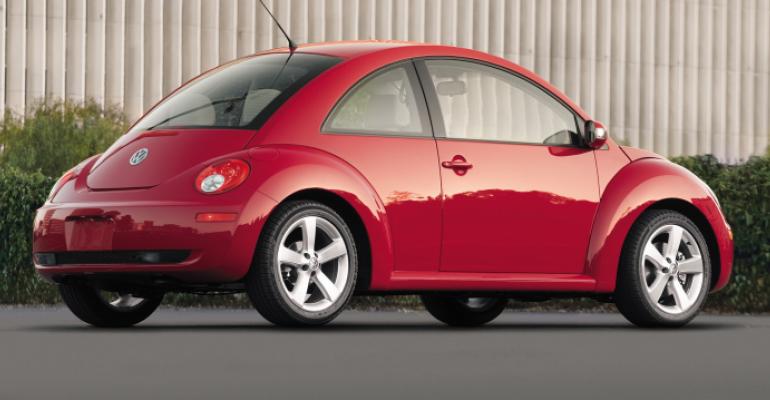 VW's '07 Beetle was part of second generation, which launched in 1998.
Industry News

Introduced to America as the Type 1, VW sold nearly 5 million Beetles in the U.S., and a worldwide total of 21.5 million.

The Volkswagen Beetle is extinct – probably.

The last of the iconic subcompacts, a Denim Blue coupe, rolled off the assembly line today at Volkswagen of Mexico’s plant in the city of Puebla, where it will be displayed at the automaker’s local museum.

“It’s impossible to imagine where Volkswagen would be without the Beetle,” Scott Keogh, president and CEO-Volkswagen Group of America, says in a news release. “From its first import in 1949 to today’s retro-inspired design, it has showcased our company’s ability to fit round pegs into square holes of the automotive industry.

“While its time has come, the role it has played in the evolution of our brand will be forever cherished.”

The last Beetles built for the U.S., a pair of Kings Red vehicles with custom dashboards, keys and quilted seats, will join Volkswagen of America’s collection of historic vehicles.

Introduced to America as the Type 1, VW sold nearly 5 million Beetles in the U.S., and a worldwide total of 21.5 million. 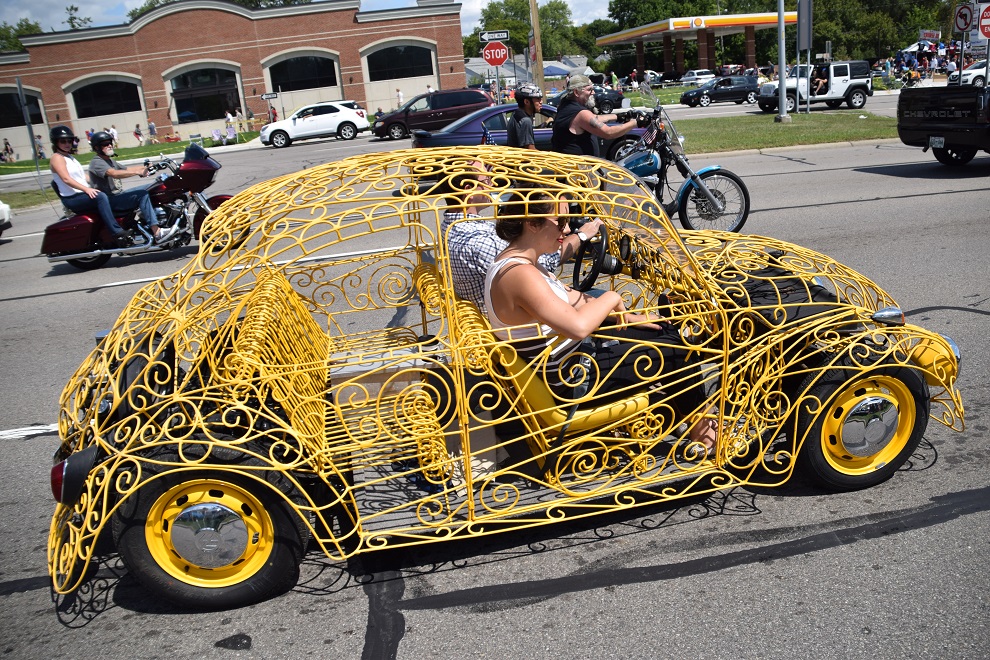 Tributes to VW Beetle come in many forms, as seen at Woodward Dream Cruise in Metro Detroit.

The Beetle that went out of production Wednesday was the third generation of the car, which went on sale in 2011 in the U.S. as a 2012 model. More than 500,000 units were built.

U.S. sales of the third-gen Beetle peaked at 43,134 in 2013 and have declined every year since, with deliveries totaling 9,398 in first-half 2019, Wards Intelligence data shows. 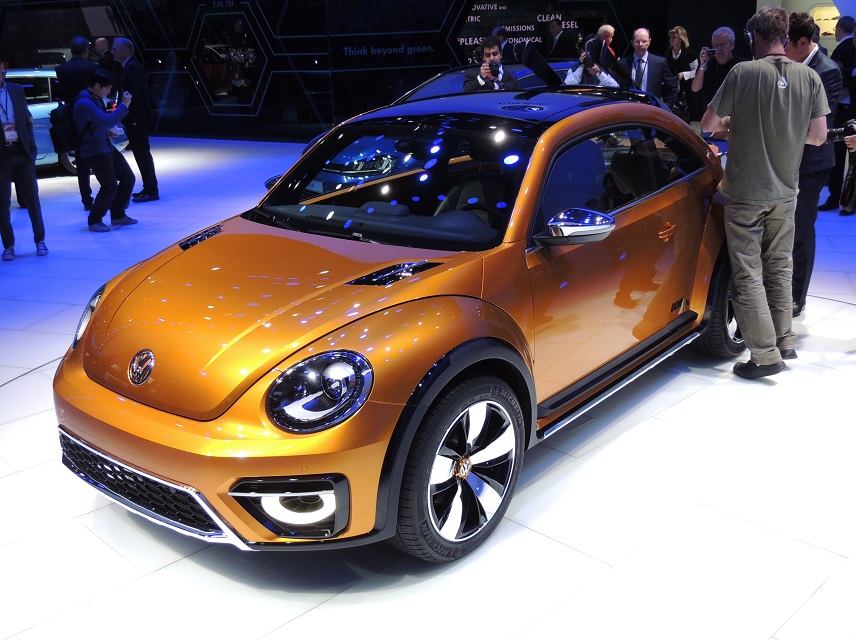 The second- and third-generation Beetles were built exclusively at Puebla and sold in both coupe and convertible variants, reaching 91 markets worldwide. They came in 23 different exterior colors, 32 interior trims, 13 varying engine configurations and 19 special editions.

Puebla will shift production to a new compact SUV tailored to the North American market and positioned below the Tiguan. As for the Beetle, a reincarnation isn’t out of the question.

National Public Radio quotes Hinrich Woebcken, then-president and CEO of VW Group of America, as saying last year that while there were no immediate plans to replace the Beetle, “I would also say, ‘Never say never.’” 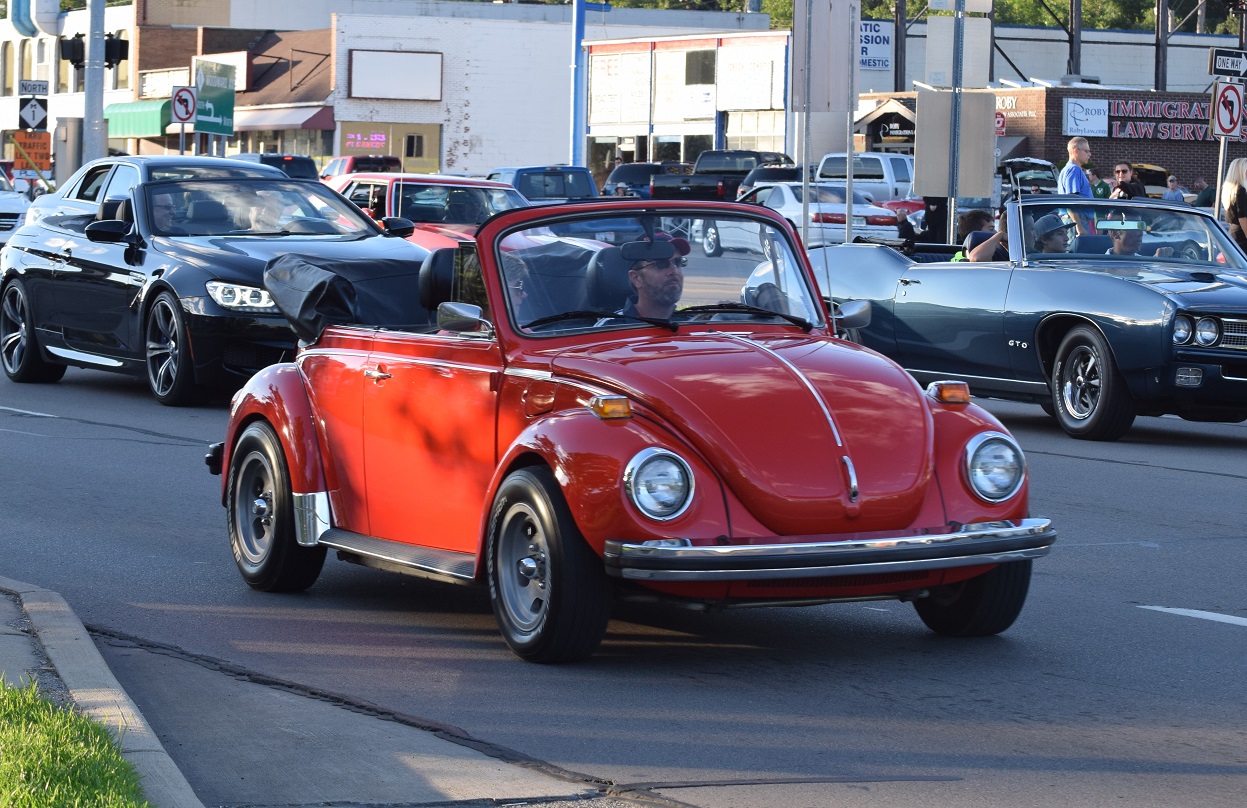