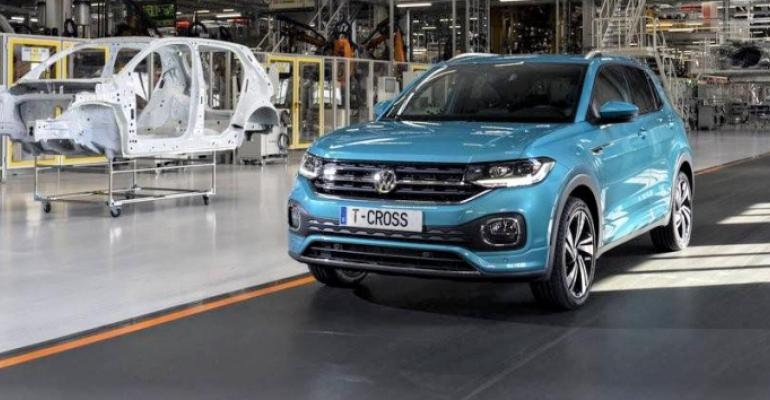 The future Polo model is described as being a sporty urban CUV that will come in hybrid and electric versions.

MADRID –Volkswagen Group will assemble a third model of the Polo family at its Landaben plant near Pamplona in northern Spain starting in second-half 2021.

The plant currently builds Polo and T-Cross models. Few details about the future vehicle have been revealed, except it will be a sporty urban CUV and will have hybrid and electric versions.

The future model will share the MQB platform used by Polo and T-Cross models assembled at Landaben, leaving little chance for the VW plant in Slovakia that was competing for the new model to win the job.

The Spanish plant, which built its first Polo in 1984, built 272,000 vehicles in 2018 and has considerable experience assembling small cars.

“Because of this, and since the new model uses the same mechanical platform as those already built in Landaben, we can use the same manufacturing lines for it as for the Polo and the T-Cross, obtaining synergies that will allow us to manufacture it at competitive costs,” says Andreas Tostmann, member of the Executive Committee of the VW brand for production and logistics.

The Landaben plant was designed to build up to 1,200 cars per day, but that figure already had been far exceeded with the addition of T-Cross production, so current daily output stands at 1,410 cars.

Exceeding the 1,200 cars per day has been possible through flexibility and efficiency measures that will allow daily production to increase to 1,438 cars and close 2019 with some 320,000 builds.

No production forecasts have been unveiled for the future third model to be assembled in Landaben.

The agreement signed with unions when Landaben was awarded the third model includes the hiring of 50 more workers. The plant employs 5,000 people.