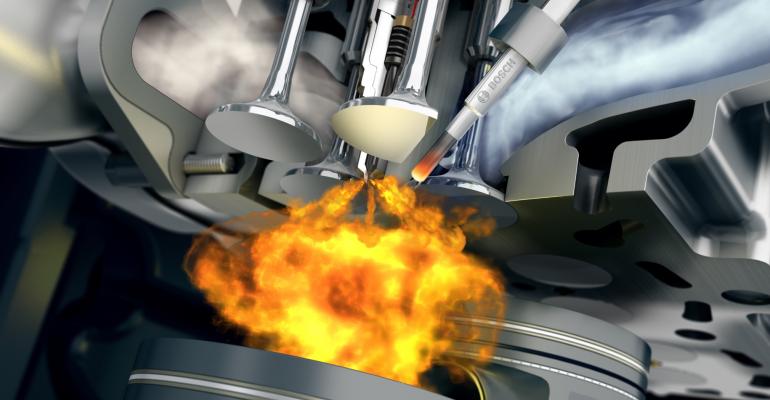 On-road testing would require vehicles only to be within 110% of stated emissions targets under a new rule approved by EU governments. That has some European Parliament members upset.

The row threatens to derail the response of the EU executive, the European Commission, to the Volkswagen Dieselgate scandal. The Commission wanted to bring forward the introduction of the RDE test, which measures on-road emissions rather than those emitted under test conditions. But the EU executive can’t adopt the RDE decision on its own; it needs approval from the European Parliament, as well as EU governments. While member states backed the proposal at a meeting of the EU Technical Committee on Motor Vehicles in Brussels Wednesday, MEPs are annoyed at the tolerance given noncompliant vehicles through a so-called “conformity factor.”

The parliament now could veto the plans sending the proposal into the trashcan and the Commission back to the drawing board. A spokesman for the parliament’s Greens/European Free Alliance group tells WardsAuto it will lodge a motion to veto authorization for the RDE system, which he hopes other political groups will support.

Broad cross-party backing may come for a veto given the parliament adopted a damning resolution on the VW scandal Oct. 27, which said MEPs are “deeply concerned about the delay on the part of member state authorities and the Commission to act upon the evidence of serious and persistent exceedances of emissions limit values prescribed in EU law for vehicles in normal use.”

The resolution, passed in a 493-145 vote, with 25 abstentions, calls for the RDE test to be brought in this year and, crucially, apply not only to NOx but other polluting emissions and carbon dioxide. As it stands, the system only would assess NOx and “at a later stage” also particulates, according to a European Commission note.

MEPs also took a tough line on emissions fraud, demanding governments slap tough penalties on any automaker that equips vehicles with emissions-system defeat devices. It also wants to see consumers compensated as a result of emissions-testing cheating. So far only VW has admitted such practices.

The parliament wants to stamp out cheating during lab tests with no tolerance for practices such as over-inflating tires, removing side mirrors and other equipment, taping over gaps between body panels to cut aerodynamic drag, using special lubricants and testing at the maximum allowed temperature.

National investigations into the Dieselgate scandal also must involve the Commission, which has a March 31 deadline to report back to the European Parliament on the issue.

The discrepancy factor would shrink to 1.5 – still 50% – by January 2020 for new models and January 2021 for new vehicles. A Commission statement says this “is still a significant reduction compared to the current discrepancy” which it acknowledged averages 400%.

Earlier in the week it had looked like some governments might object to the proposed conformity factor, after several spoke out during discussions at an Oct. 26 EU Council of Ministers (environment) meeting in Luxembourg. But when push came to shove, only the Netherlands voted against and the Czech Republic government abstained.

EU internal market and industry Commissioner Elżbieta Bieńkowska promises the new test “is not the end of the story,” pledging to revise type-approval and market surveillance, notably with a shift to independent testing rather than automakers contracting test houses to work for them.

But this likely will not be enough for MEPs.

Dutch Green Party member Bas Eickhout already is lashing out at the conformity factor: “This is an outrage. We know that there are no technological barriers to meeting the EU’s limits, as some car manufacturers are already meeting the EU norms, as well as the far stricter U.S. norms.”

Eickhout says the new test is “rewarding dirty car manufacturers, who have made no effort.”

British Liberal MEP Catherine Bearder also was scathing: “This is a shameful stitch-up which once again puts the interests of car makers ahead of people’s health. The technology to cut diesel emissions is already available and affordable.”

Earlier this month Bieńkowska assured the parliament the Commission knew nothing about the discrepancies until notified by the U.S. EPA last month.

Yet in February 2013 Potočnik wrote her predecessor: “There are widespread concerns that performance has been tailored tightly to compliance with the test cycle in disregard of the dramatic increase in emissions outside that narrow scope.

“Vehicles are required to comply with the Euro limit values in normal driving conditions,” Potočnik said, adding he and his officials “are often put in an uncomfortable position when defending the perceived lack of action by the Commission and member states in addressing the obvious failure to ensure this.”