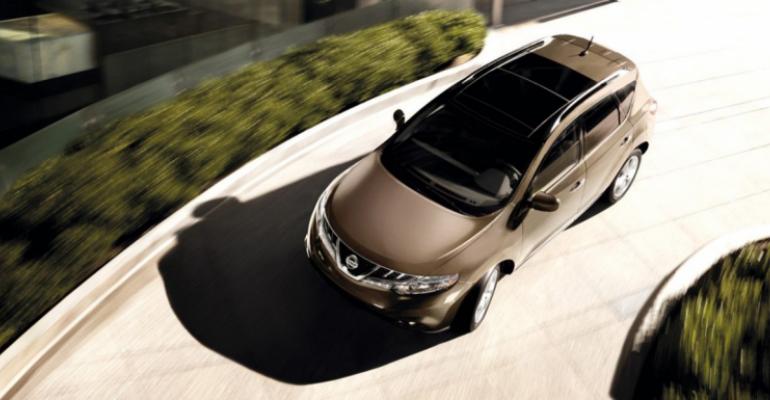 In 2004, SUVs and CUVs accounted for only 12% of the Russian market, but their share has more than tripled since then to 38%. Analysts predict the segment&rsquo;s share soon will reach 40% and not fall below that mark for the next five years.

ST. PETERSBURG – Global automakers struggling to justify staying in Russia’s depressed auto market are focusing on production of the CUVs and SUVs for which demand remains steady.

Nissan is among the leading foreign-based automakers in the segment, launching production of its Qashqai CUV at its St. Petersburg plant in November 2015. Nissan on June 22 added the third-generation Murano CUV at the 7-year-old plant and also builds X-Trail and Pathfinder models there.

At the same time, Nissan has suspended production of the Teana sedan at St. Petersburg as Russian demand for sedans remains in sharp decline.

Hyundai recently announced plans to begin volume production of its new Creta CUV at its St. Petersburg plant on Aug. 1. Annual output is expected to reach 100,000 units, with expansion possible in coming years.

Toyota plans to start mass production of its RAV4 CUV in August, also in St. Petersburg. Initial production volume is set at 30,000 units.

The investments are being made even though sales by Nissan, Hyundai and Toyota through the first five months of 2016 were down 34.9%, 22.1% and 3.7%, respectively, according to WardsAuto data. Industrywide, light-vehicle sales were down 14.6% in the same period, a marked improvement over the 35.7% collapse experienced in full-year 2015.

In 2004, SUVs and CUVs accounted for only 12% of the market, but their share has more than tripled since then to 38%. Analysts predict the segment’s share soon will reach 40% and will not fall below that mark for the next five years.

Vladimir Miroshnikov, director of development at Rolf, one of the country’s leading auto importers and retailers, predicts demand for CUVs and SUVs will continue to grow in part because of their practicality in Russia’s climate and on its roads.

Russia’s best-selling light vehicles are B-Class compact sedans, but there is a chance SUVs and CUVs could take over the top spot before year’s end. Extensive government loans to producers of B-Class cars have helped sustain sales, but those are likely to be cut off soon as Russia’s economy remains stagnant.