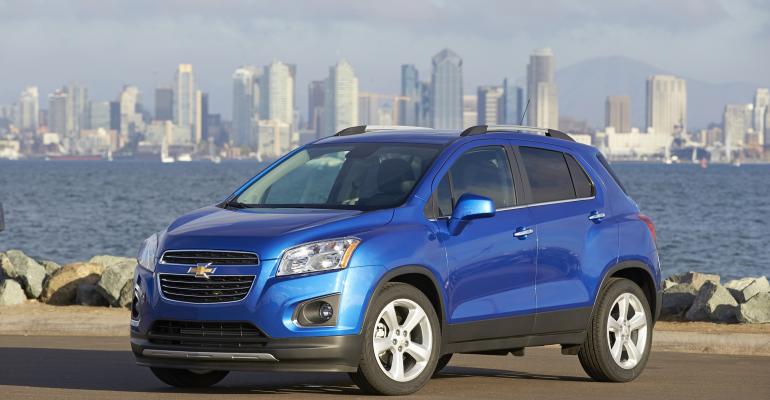 The second-quarter outlook for U.S. sales could include a sharp drop in April from March’s 17.1 million seasonally adjusted annual rate before returning to an upward trend.

Whether or not a steep drop, WardsAuto’s first look at the month expects April’s SAAR to fall from March’s total as part of a rebalancing from artificially pumped up sales last month as automaker’s recouped some weather-related losses in January-February and a few cleared inventory as they closed the books on another fiscal year.

April’s results should be a continuation, more or less, of Q1’s 16.6 million SAAR, with the expectation that sales continue gradually rising the rest of the year. WardsAuto is forecasting Q2 sales to equal a 16.8 million-unit SAAR. April probably needs post at least a 16.5 million SAAR for the second-quarter sales forecast to hold firm.

April’s results could be goosed by increased retail-incentive activity or fleet deliveries, especially for cars, but levels for both typically decline from March.

There are some signs to watch for that could cut sales deeper than forecast.

Despite year-to-date deliveries through March up 6% from like-2014, inventory is below year-ago, and likely to be short of like-2014 totals throughout the second quarter – meaning there’s less reason for automakers to roll out bigger spiffs.

Another potential limitation is the decline in volume of newer products. Fresh-product sales, measured as the volume of all-new or redesigned versions of existing models that had their start-of-sale during the previous 12 months, is at a 4-year low.

Last week’s weak March jobs report, though generally considered to be a blip, could constrain April demand, too, if it temporarily dampens consumer and business confidence enough.

Q2 nearly always is the high-volume quarter in a calendar year for both cars and trucks, with car’s share of the market usually at its highest for the year.

Even though entering their peak period, demand for cars likely will continue to wane as consumers opt for CUVs and other trucks. That pattern might be more acute in April as fuel prices, already 29% below year-ago coming into the month, are trending further down following a slight uptick in March.

Furthermore, car inventory is 7% below year-ago.

If these potential limiters fully come into play, April’s SAAR decline from March could be tantamount to 800,000 or 900,000 units.

Meantime, despite the overall decline in fresh product, there are some newer models that could help keep the quarter in line with expectations.

As alternatives to cars, there is fresh movement among Small CUVs with key vehicles either starting sales in the quarter or hitting full availability during the period.

The Chevrolet Trax and Jeep Renegade are in line for strong months in April, the all-new Honda HR-V will be in widespread availability by May and the new Fiat 500X starts delivery in the quarter. If most of the other products in the segment hold their own, Small CUVs could reach 4% of the market for the first time in at least one month during the period.

Also, dealers should be fully loaded with the redesigned Ford F-150 large pickup in May. Ford is expected to increase deliveries of it to commercial customers after concentrating early sales to retail buyers. Because of its strong loyalty among buyers, the truck should put incremental volume into Ford’s overall results, as well as the segment, which has wavered slightly so far this year after strong growth in 2014.