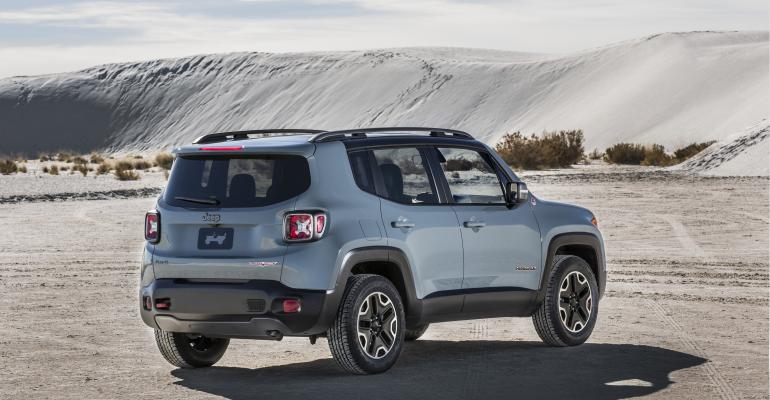 A possible headwind to U.S. sales reaching potential in first-quarter 2015 is the Large Pickup segment.

With unemployment and consumer confidence improving, fuel prices still falling and other economic news on the upswing, near-term U.S. light-vehicle sales should continue with the same solid results they ended with in 2014.

Fourth-quarter 2014 posted a 16.7 million seasonally adjusted annual rate, which is close to what Q1 2015 should deliver. Inventory, although only 1.1% above year-ago heading into January following a 7% Q4 sales rise, is at a 9-year high. There are some potential roadblocks in the inventory numbers, but the total is robust enough to handle expected strong volumes.

Sales volumes in January and February will post strong year-over-year results close to the double-digit range, due to bad weather across much of the U.S. a year ago that clamped down on shopping and pummeled volume.

In Q1 2014, a surge in March made up for much of the lost sales in the prior two months, which combined for a total SAAR of 15.3 million units, and lifted the period to a final SAAR of 15.7 million. This year’s January-February SAAR likely will be 8% to 10% higher than the year-ago months, the only two in the last 52 months to record year-over-year declines, based on daily selling rates.

Accordingly, hefty DSR year-over-year increases are expected for January and February, with an increase in March likely, but not a sure thing.

One possible headwind that could stop volumes from hitting their potential, albeit marginally, is with the Large Pickup segment.

Despite riding the wave of a 7% increase in 2014 over 2013, including a 12% rise in Q4, large-pickup sales could stall somewhat in early 2015 due to Dec. 31 inventory that was nearly flat with year-ago. Inventory could fall below year-ago levels during Q1, because production of the redesigned Ford F-150 at a second Ford plant does not begin until February, and shipments to dealers for retail sale are not expected until April. Dec. 31 inventory of F-Series was 1% below the year-ago month.

Furthermore, inventory of Ram pickups, which are coming off a 23% year-over-year sales increase in 2014, was down 8% from year-ago.

Falling F-Series inventory will make it harder for Ford to stop its market share slide in the early going of 2015. Share was down in 2014 to 14.7% from 2013’s 15.7%, and Ford will not be in a position to begin a long-term turnaround until the second half of this year, when there will be a new Ford Edge and Lincoln MKX, along with full F-150 availability.

However, if there is a good time for the industry to have low inventory for big pickups, it’s the first three months of the year. January-March is the lowest volume quarter for the segment and market share typically is below penetration during the rest of the year.

Making up some of the lost Large Pickup volume will be ongoing double-digit sales increases of Small Pickups. New product from GM boosted Q4 volumes 23% above the same year-ago period. Increased small-pickup sales are probably cannibalizing CUVs, Small Vans and Large Pickups, but should be adding some incremental volume to 2015.

Segments not hurting for inventory are Lower and Upper Small Cars and Lower Middle Cars, which account for one-third of the market. Year-over-year gains are expected in the three segments, but there will be some production slowdowns for inventory control. Nevertheless, meeting demand will not be an issue.

However, also taking into account flagging results for the Large and Luxury Car groups, car penetration is expected to decline in Q1 from year-ago’s 47.8%.

Tugging at car sales is growing demand for CUVs, which have increased share every year except one since the segment group was introduced in 1995.

Most of the group’s strength is in Middle CUVs, the biggest U.S. segment over the last two years. But Small CUVs are a growing niche stealing sales from cars. Pressure on small cars will be greater in Q1 as full availability of the new Chevrolet Trax small CUV, which debuted last month, comes to fruition, and first-time sales of the Jeep Renegade begin during the period.

Also new in Q1 is the redesigned Kia Sorento Middle CUV. As an early ’16 model, it will enhance the CUV volume mix, as well as increase Kia’s penetration in the period.