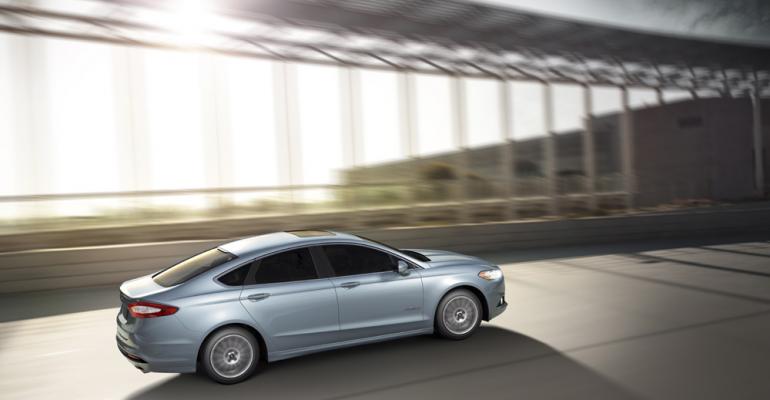 Alternative-powered models&rsquo; 3.71% share of light-vehicle sales in April was a close second to December 2012&rsquo;s record 3.72% in a year that so far is seeing demand surge for thirsty light trucks while fuel-efficient small cars struggle.

Alternative-powered cars and trucks have hovered in the 2% range of light-vehicle monthly sales for most of the past decade, but as greater numbers of hybrid and electric vehicles become available, the segment is beginning to gain some traction, WardsAuto data shows.

April’s 3.71% share was a close second to December 2012’s record 3.72% in a year that so far is seeing demand surge for thirsty light trucks while fuel-efficient small cars struggle.

In terms of volume, April’s 47,459 alternative-powered model sales fell below the 51,794 units recorded in March. However, March’s 3.58% share was the lowest so far for the segment due to the 1.45 million total LV deliveries in the month compared with April’s 1.28 million.

Much has been made of Ford’s surge in hybrid sales, but most of that is due to the comparison with year-ago’s low volumes, plus the addition of new models such as the C-Max.

Ford still trails Toyota, even as the leading Japanese auto maker has seen deliveries of its best-selling Prius model slacken sharply this year. The original liftback and V body styles were down 20.4% through April.

Other alternative-powered models losing volume this year include the Porsche Cayenne and Panamera hybrids, down 61.4% and 52.8%, respectively; Honda Insight hybrid, down 48.9%; and Lexus CT 200h hybrid, down 32.1%.