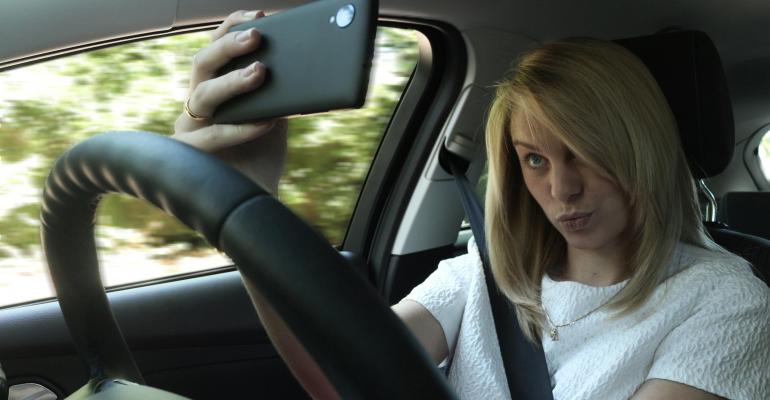 U.K. Government Cracking Down on Drivers Ringing Up

Vehicle auctioneer BCA found 95% of motorists it surveyed say they&rsquo;ve witnessed another driver using a phone. At the same time, 42% admitted to having spoken on a handheld mobile device while driving.

U.K. road safety groups applaud a government plan to ramp up penalties on drivers using handheld phones while behind the wheel.

Under the proposals planned for next year, most first-time offenders will not incur a fixed penalty notice or penalty points but instead will be offered an educational course.

A statement released by Andrew Jones, Parliamentary Under Secretary of State-Transport, says that for larger vehicles, where the consequences of a collision can be much more severe, the penalty points double from three to six.

Road safety organization GEM Motoring Assist says the increased penalties are needed, noting using a phone while behind the wheel was a factor in 21 fatal accidents and 84 serious incidents last year.

“Using a mobile phone at the wheel is reckless and costs lives,” GEM CEO David Williams says in a statement. “Our members consistently rate it as one of the most dangerous actions performed by drivers.”

But Williams says the increased penalties need to be accompanied by effective enforcement.

“This would then help to create a worthwhile deterrent and a safer road environment for everyone,” he says.

The BCA data, however, found 42% of motorists admitting to having spoken on a handheld mobile device while driving. Some 27% admitted to texting while behind the wheel, 13% to having taken a photo and 6% to accessing social media while driving.

“The interesting thing about this study is that, while almost everybody was happy to vent their indignation at other drivers’ carelessness, a large number also owned up to the very things that concerned them,” Tim Naylor, BCA Used Car Market Report editor says in a statement.

“But it is clear from our research that there is a groundswell of support for stronger penalties for using a handheld mobile while driving – whether talking, texting or accessing social media.”