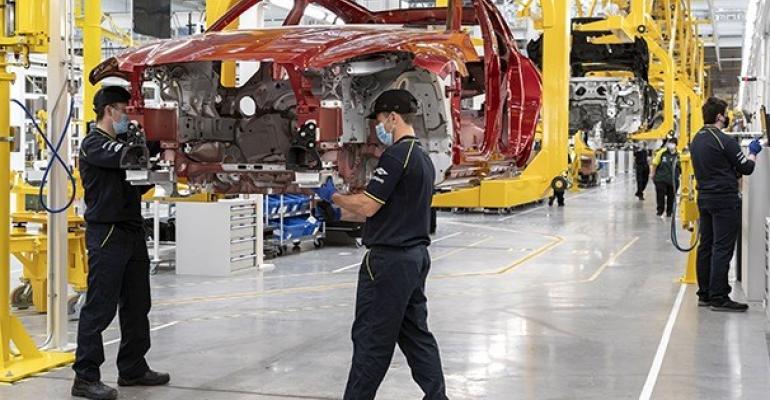 The U.K.’s automotive sector is sufficiently “resilient, agile and competitive,” the country’s Society of Motor Manufacturers & Traders (SMMT) says today (June 23), to ensure the double whammy of COVID-19 and Brexit do not cause permanent damage in motor manufacturing.

Speaking at the SMMT International Automotive Summit 2020, Mike Hawes, the SMMT chief executive, says he was “not giving up” on what is a “fundamentally strong” sector, arguing it is set to be at the forefront of technological transformations in electrification and autonomous driving.

He acknowledges the British auto industry faces “significant challenges,” but stressed that with appropriate government support to recover from the impact of the COVID-19 lockdown and a post-Brexit free-trade agreement with the EU (now under negotiation), U.K. automotive manufacturing could continue to thrive.

“With the right support, we can overcome this crisis and help deliver a sustainable, green recovery… by investing in technology and bringing it to market,” Hawes says.

His comments coincide with an announcement, made at the event by business minister Nadhim Zahawi, that the U.K. automotive industry will receive a GBP73.5 million ($92 million) government investment to develop green technologies and safeguard jobs.

The government’s cash injection has come too late to save some jobs, however.

Luxury car maker Bentley announced earlier this month it plans to cut 1,000 jobs, nearly a quarter of its 4,200 U.K. workforce, as part of cost-saving measures which Adrian Hallmark, chairman and CEO, says were “not all to do with COVID-19,” rather restructuring to boost profitability.

Aston Martin, McLaren and dealer group Lookers also recently have said they were cutting more than 3,000 jobs between them. This follows announcements from Japanese automakers Honda and Nissan and Indo-British manufacturer Jaguar Land Rover, which have collectively announced more than 10,000 job cuts since 2018 as part of business reorganisations.

Hawes brushes off suggestions the rash of job cuts by British automakers was symptomatic of a sector already buckling under pressure from falling demand and uncompetitive cost structures.

“The automotive sector contributes billions to the U.K. economy and supports some 168,000 high-skilled and high-paid manufacturing jobs in communities across every region of the U.K. We have high levels of engineering excellence and brands that are synonymous with the U.K. and demanded across the world,” he says.

In the short term, however, faced with an ongoing pandemic, the SMMT has slashed its production forecast for the U.K. automotive sector this year to around 900,000 units as a result of the COVID-19 lockdown, down from a previous forecast of 1.3 million units for 2020.

The pre-COVID output target was only slightly above the 1.27 million units U.K. automotive manufacturers produced in 2019, which was the lowest level since 2010 and its third consecutive year of decline. Prior to the U.K.’s EU referendum in June 2016, SMMT had been targeting annual output of 2 million units per year. 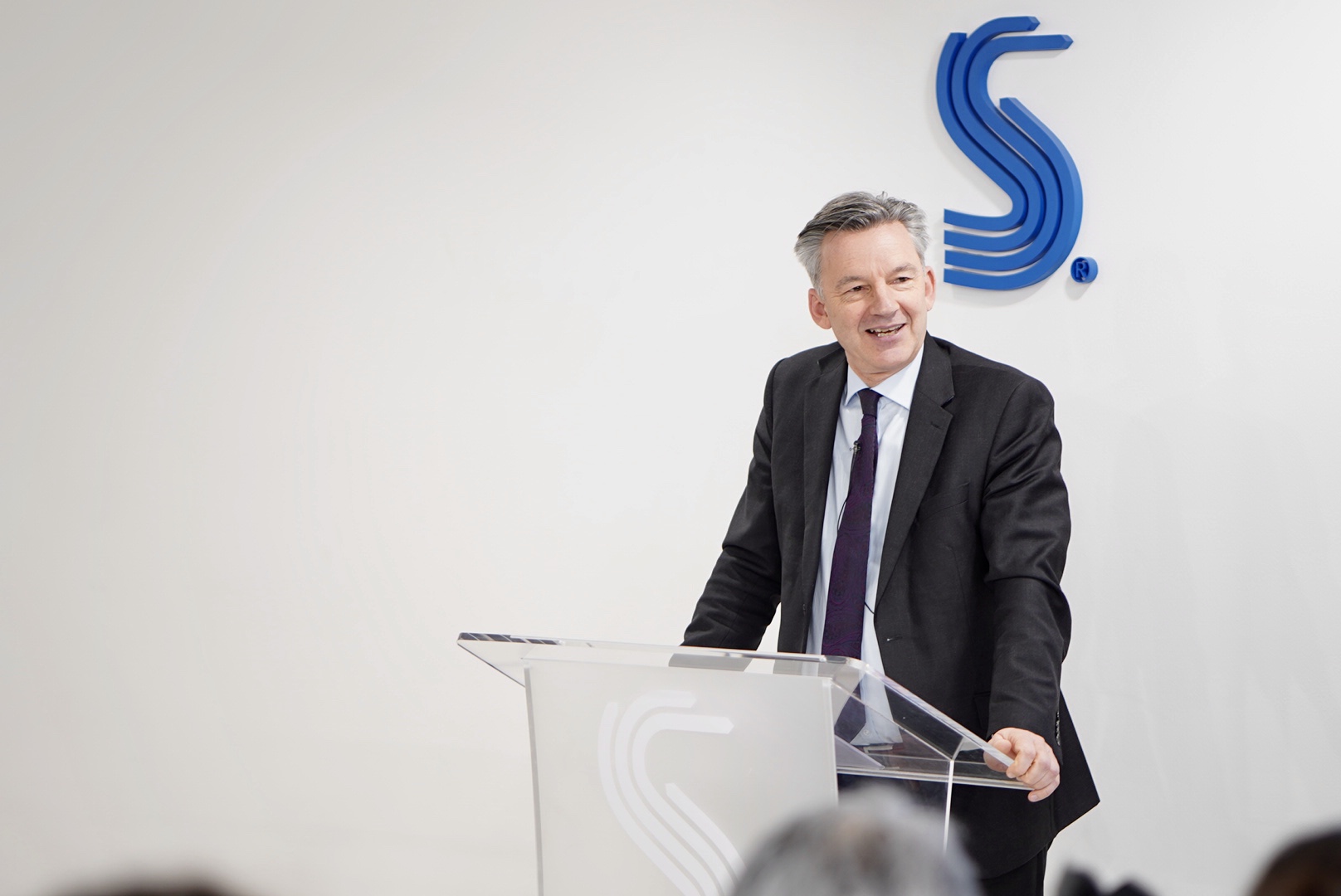 Hawes (pictured, left) was measured in his analysis of near-term demand for new cars among U.K. consumers, noting that consumer confidence had been weakened by the COVID-19 crisis and many households had seen their income reduced, which could hamper domestic recovery in U.K. car sales.

Graham Hoare, executive director-business transformation and chairman of Ford of Britain, suggests incentives such as a cut to VAT on auto sales and a scrappage scheme could help reboot U.K. domestic new car sales, saying the focus should be on “exercising the lower end of the market” to encourage sales of cars under GBP25,000 ($31,200).

Also, while Hawes was adamant the U.K. automotive industry is inherently resilient, he accepts it would struggle to withstand anything less than a Brexit-free trade deal with the EU.

With its threat of tariffs and customs delays, Brexit will wreak further damage on a sector already ravaged by COVID-19, Hawes says, suggesting output could fall to 850,000 units per year or lower, seriously undermining the viability of the sector.

Around 55% of the U.K.’s 1.06 million car exports went to the EU last year. SMMT has warned that without a free-trade agreement before the U.K.’s current transitional period preserving its EU market access ends on December 31, the cost of new cars at home and abroad will increase, or profitability will decrease. Either of these rocky outcomes would cause lasting damage to the U.K. auto industry.

With the U.K.’s future trading relationship with the EU still uncertain, and domestic consumer confidence wavering, focus is shifting to potential opportunities in non-EU markets.

Bentley’s Hallmark (pictured below, left) says his company was “seeing some signs of life in global markets” as the COVID-19 lockdown eases, with strong demand for British luxury vehicles in China and the U.S. in particular.

The reopening of production plants post-lockdown in the U.K. has been led by luxury manufacturers such as Bentley, Rolls-Royce, Aston Martin and JLR, which produce cars mainly for export and have seen their markets revive more quickly than those at home.

Non-luxury brands, including Toyota, Nissan and Vauxhall, which rely more heavily on domestic and EU markets, are starting to follow, but demand in this segment has been slower to pick up.

Nissan so far has opened two production lines at its Sunderland plant, which makes Juke and Qashqai SUVs, most exported to Europe, and the Leaf electric car. 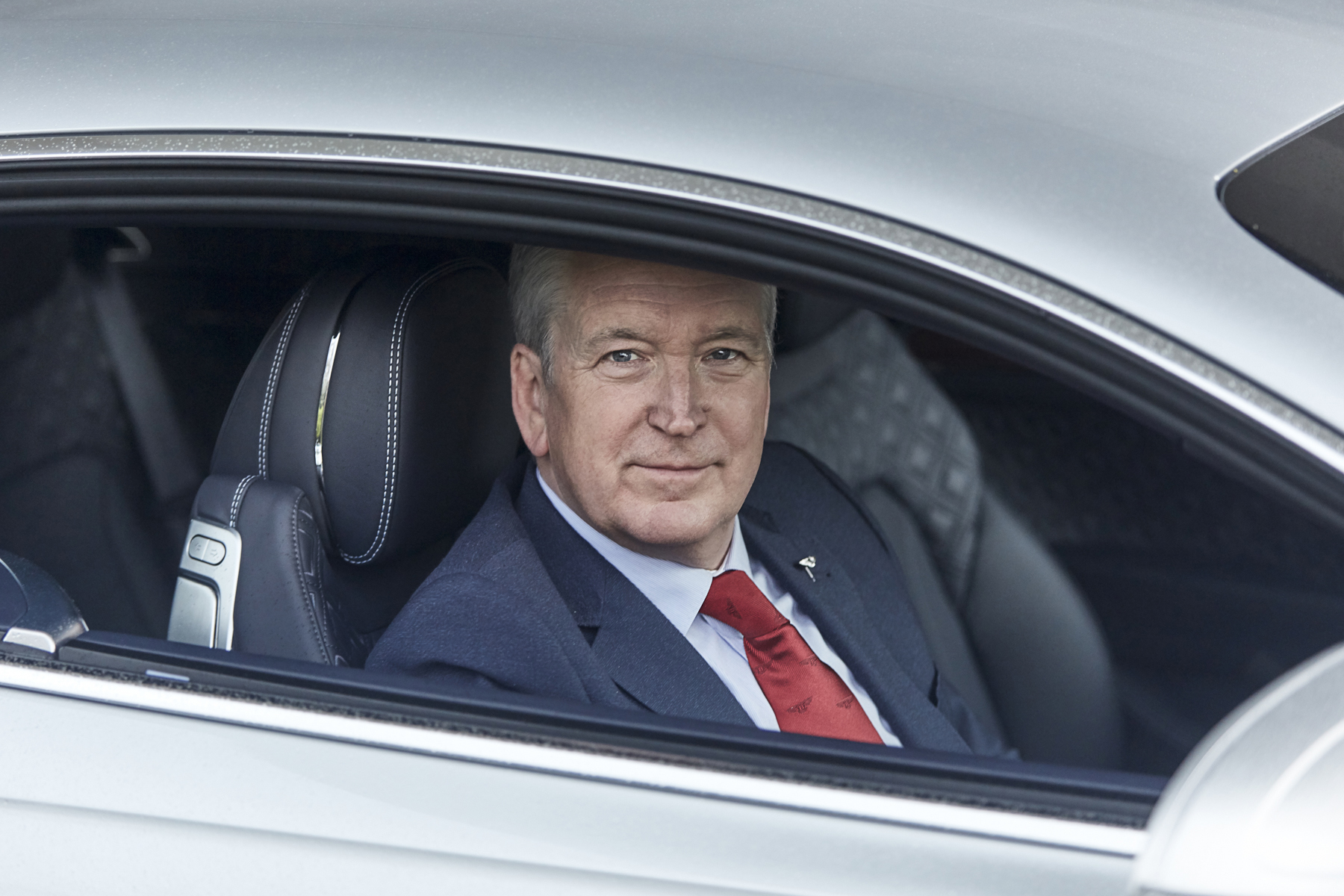 Vauxhall has reopened its Luton plant, which produces vans, but its Ellesmere Port assembly plant, which makes Astra cars, will remain closed until September.

Frank Samolis, partner and co-chair of International Trade Practice Group at law firm Squire Patton Boggs, says U.K. automakers should not rely on the U.S. as a future growth market, backing SMMT warnings made in January that increasing sales of high value niche British car models cannot come close to replacing the income that may be lost from selling large volumes of mass-market cars to the EU, if no free-trade agreement is reached.

Samolis points to the Trump administration’s program of “Buy American” executive orders, requiring federal procurement to favor products produced in the domestically, which could hamper penetration of U.K. vehicle exports.

However, Samolis also notes the Buy American policy was at its heart a plan to diversify away from imports of Chinese goods, so the order also could create opportunities to increase exports from the U.K. to the U.S.