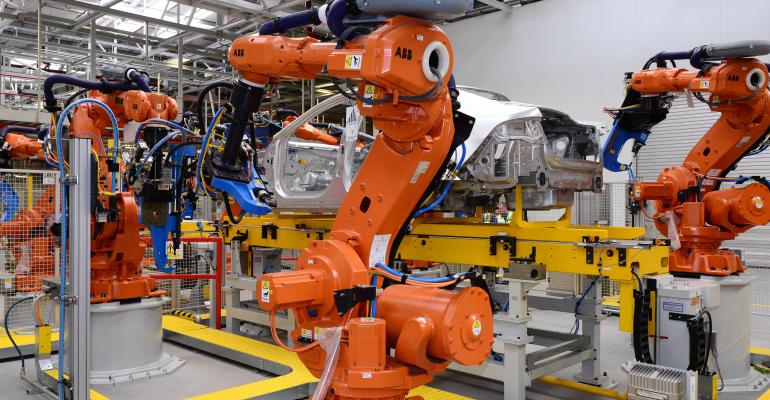 The Society of Motor Manufacturers and Traders wants the U.K. to maintain membership in the single market and customs union until a final agreement on a new relationship with the EU is negotiated and implemented. &nbsp;

The U.K. automotive industry is demanding the government negotiate an interim arrangement with the European Union to stop the industry from driving off the cliff to oblivion.

The Society of Motor Manufacturers and Traders wants the U.K. to maintain membership in the single market and customs union until a final agreement on a new relationship with the EU is negotiated and implemented.

SMMT CEO Mike Hawes says the sector accepts that the U.K. will leave the EU and fully supports a comprehensive agreement on a new relationship with it.

However, he says negotiating a final agreement will be hugely complex and SMMT doesn’t believe such a comprehensive deal can be reached by March 2019 – just over 20 months’ time.

The Telegraph newspaper in London reports the SMMT believes the 2-year deadline under EU departure rules cannot be delivered, and is more likely to take five years.

Without agreed interim arrangements, the SMMT says in a statement, businesses would be forced to trade under World Trade Organization rules – the worst foreseeable outcome for the sector, its employees and the U.K. economy.

The SMMT says it’s time to be pragmatic about what can be achieved in the time available and what the consequences will be if the U.K. leaves without a deal.

The U.K. and EU automotive sectors are highly integrated and any new relationship will need to address tariff and non-tariff barriers, regulatory and labor issues, all of which will take time to negotiate, the trade group says.

“We accept that we are leaving the European Union and we share the desire for that departure to be a success,” Hawes tells a news conference, “but our biggest fear is that, in two years’ time, we fall off a cliff edge – no deal, (being) outside the single market and customs union and trading on inferior WTO terms.”

This would undermine U.K. competitiveness and its ability to attract the investment that is critical to future growth, he says.

“That’s why…we need a back-up plan,” Hawes says. “Having looked at all the alternatives, we need government to seek an interim arrangement whereby we stay within the single market and customs union until that new relationship is implemented.”

Hawes’ comments came as he released the SMMT’s annual sustainability report showing the industry grew for a seventh straight year in 2016 as revenues rose 9% to £77.5 billion ($98 billion).

Auto production employs almost 170,000 people, with each worker generating an average of £130,000 ($164,554). Productivity rose to a record 11.8 vehicles produced for each person employed in the industry.

The EU is by far the U.K.’s biggest automotive export market, taking more than half its finished vehicles, four times as many as the next-biggest market.

The SMMT says the sector exports to more than 160 global markets and has a consistent approach to free trade.

“It needs that trade to be tariff-free, as frictionless as possible to support the just-in-time manufacturing process and with consistent regulation,” Hawes says.

“We have asked for clarity and certainty,” The Telegram quotes him as saying. “The general election has not brought that clarity. It has added confusion.

“This uncertainty cannot be allowed to drag on – and drag British industry down with it. Nor will we be satisfied with vague talk of a transition or implementation period.

He says failure to get a deal would not mean plants shutting down overnight, but rather a slow downward spiral for the U.K. car sector.

“The danger is death by a thousand cuts,” Hawes says. “If there is long-term uncertainty about Brexit, it could delay investment decisions, making Britain less competitive and unlikely to