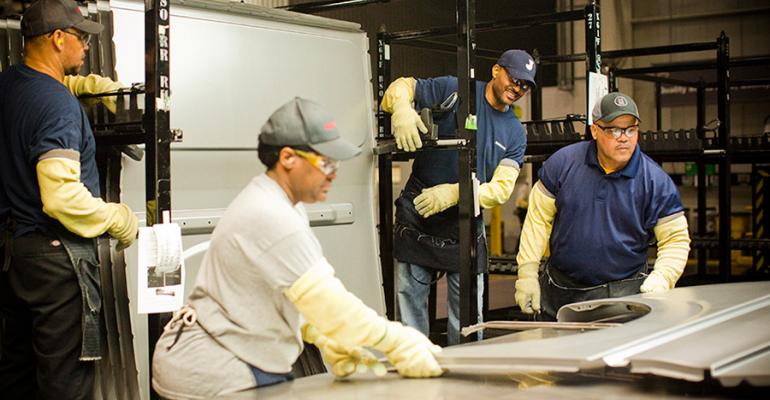 &ldquo;Our expectation is that the UAW will respect and abide by (the workers) decision and cease their efforts to divide our Nissan family,&rdquo; the automaker says. Pro-union employees say they plan to continue the years-long effort to organize the Canton plant despite being outvoted nearly 2 to 1.

Nissan faces a challenge in repairing relations with employees at its assembly plant in Canton, MS, after the automaker prevailed in a bruising battle with the UAW, which already is vowing to try again to unionize the plant’s blue-collar work force.

The fact workers opposed unionization on a 2,244-1,307 vote gives Nissan relief, but it also shows there is unrest in the plant, says Art Wheaton, a labor-relations professor at Cornell University.

“The multiple unfair labor practice charges hints this is not yet over,” he says.

The UAW should end its efforts to organize the Canton plant, Nissan says.

“Our expectation is that the UAW will respect and abide by (the workers) decision and cease their efforts to divide our Nissan family,” the automaker says in a statement issued after the votes were counted.

Pro-union employees vow they will not give up the fight and say they plan to continue the years-long effort to organize the Canton plant. The union says in a statement it is asking the National Labor Relations Board to proceed with a trial to “stop Nissan’s serial commission of unfair labor practices in Mississippi.”

The UAW repeatedly accused the automaker of intimidating workers, particularly in one-on-one meetings. Nissan has said it was exercising its rights as an employer to express its side of the unionization issue prior to the Aug. 3-4 vote.

“We didn’t do any dirty tricks. We didn’t tell any lies,” says Betty Jones, a Nissan employee who helped lead the push for union representation. “So when you walk into the plant on Monday morning, hold your heads up.”

Adds employee Michael Carter, who helped lead the organizing drive, “It ain’t over yet.”

Wheaton predicts the UAW will continue trying to organize Canton workers.  “Just because the road is difficult does not mean the UAW should give up,” he says. “The threat of a union still has some incentives for employers to treat members better.”

Harley Shaiken, a labor expert at the University of California-Berkeley, says the UAW faced long odds at Canton given the long history of opposition to unions in Mississippi and elsewhere in the Southern U.S., where the UAW has suffered a string of defeats and setbacks over the years.

Opposition to the union was abundant on social media and local talk radio where anti-UAW employees expressed distaste for dues, the UAW’s support for liberal political candidates such as Hillary Clinton and fear the plant could close.

However, while the UAW will be forced to re-evaluate its strategy and tactics in Canton it is not likely to walk away from the battle in Mississippi, Shaiken says. For one thing, it does not want to walk away from what is a substantial pro-UAW base. Sixty percent of the plant’s employees are African-American, and the union’s links to civil-rights organizations in Mississippi have helped the union sink roots in the community around Canton, he says.

Rodney Francis, human-resources director at the Canton plant, says in an interview Nissan felt it had to go on the offensive because the union had been campaigning for a long time and the automaker had to address a number of misconceptions.

For example, he says, Nissan has not taken away anyone’s pension; workers’ pensions were frozen during the recession but were replaced by a system based on 401(k) retirement accounts, he says. Nissan contributes to the employee’s account and matches employee contributions, he says.

Francis also rebuts one of the union’s basic contentions – that labor rights are civil rights. In the U.S. it’s up to employees to decide whether to join a union, he says.

But employees in Canton are restless.

“We don’t want to bankrupt the company, but we want to negotiate,” WaShad Catchings, 37, who has worked at the plant since it opened in 2003, tells Agence France-Presse. “Nissan has said over and over the UAW can’t guarantee anything.  But what they’re really saying is the company knows best.

“We want a seat at the table. Let’s negotiate. That’s not too much to ask.”