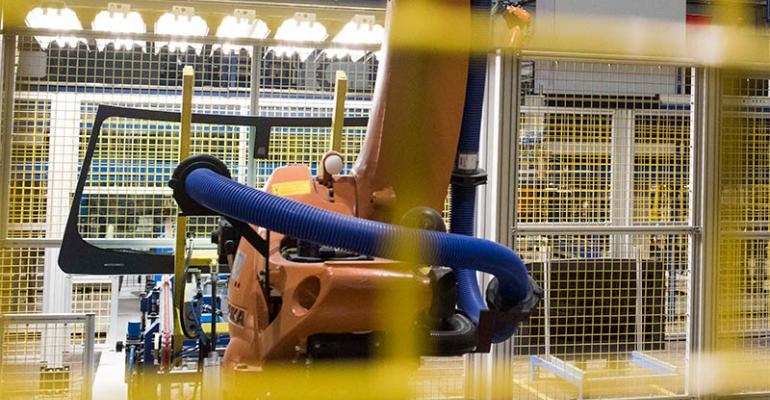 As in the union&rsquo;s defeat in August at a Nissan plant in Canton, MS, the UAW blames the loss on a campaign conducted inside the Moraine, OH, plant by Fuyao Glass management.

The UAW suffers another stinging defeat as workers reject the union by a 2-to-1 margin in an election at a southwest Ohio plant operated by Chinese-owned Fuyao Glass.

The National Labor Relations Board, which supervised the election, says employees at the Moraine plant, a UAW stronghold when it was a General Motors truck factory, voted 868-444 against union membership.

As in the union’s defeat in August at a Nissan plant in Canton, MS, the UAW blames the loss on a campaign conducted inside the plant by Fuyao management.

Union organizers went into the election with high hopes but ultimately were thwarted by the fact they could not counter management’s anti-UAW campaign directly on the shop floor.

“Fuyao Workers fighting for a voice in their workplace were unable to win against a barrage of anti-labor tactics and intimidation by management at the Ohio glass plant,” the union says in a statement.

“It is disheartening to know that in 2017 there are companies willing to do so much to deny workers a voice and fair treatment,” says UAW Region 2B Director Rich Rankin.

“Unfortunately, that is what these brave workers faced when all they have asked for is a fair path to helping this manufacturer produce the best products and live up to their commitments it made to the Dayton community,” he says. Moraine borders Dayton on the south.

Rankin says union supporters among Fuyao workers have been fighting for protections against unsafe workplace conditions, arbitrary policies and unfair and unequal treatment on the job. They wanted to join the UAW to secure job security, better communication with management, and work policies that promote the job growth the Dayton area needs, Rankin said.

“We are pleased that (Fuyao) associates chose to maintain a direct relationship with our company and resist the union’s attempt to intervene,” Fuyao President Jeff Daochuan Liu says in a statement.

“While we respect our employees’ right to support or reject a union, we also admire their courage to reject this union’s desperate attempt to prop up its revenue in the face of declining union membership worldwide.”

Fuyao acquired the plant site from GM in 2014 and opened its first manufacturing plant in the U.S. the following year as it began to expand its presence in the North American market.

Founded in 1987 with help from outside investors, Fuyao is a major force in China’s automotive market. It produces 23% of the world’s car windows and its list of customers includes most of the world’s largest automakers, including Ford, GM, BMW, Toyota, Volkswagen and China’s FAW.

Workers’ pay starts as low as $12.88 an hour. There is no written wage scale or scheduled raises. The company does offer health insurance.