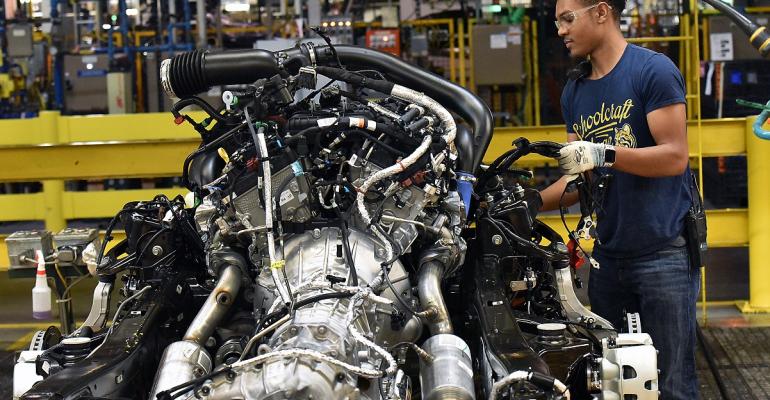 Union leadership must decide what contract terms to accept and then sell them to skeptical members. Older workers making $31 per hour have pulled down hefty profit-sharing checks, while new workers making $13 per hour receive little profit sharing or benefits.

DETROIT – The United Auto Workers has begun holding strike votes among its members employed by General Motors, Ford and Fiat Chrysler Automobiles, and local unions are being asked to have their tallies in by Aug. 29, just before Labor Day.

The strike authorization votes are part of the union’s final push toward a contract settlement ahead of Sept. 14, when the UAW’s current labor agreement expires. The votes usually are routine but have taken on added significance because of tension and uncertainty surrounding this year’s negotiations.

The union is expected to select a strike target company around Labor Day.

The union, which has been rocked by corruption charges that have left one ex-vice president facing a prison sentence and another potential federal criminal charges, is in turmoil as the negotiations move into their final phase.

The scandal is placing substantial pressure on the UAW’s leadership, undermining both its authority and credibility at a critical time when it must decide what contract terms to accept and then sell them to a skeptical membership.

Earlier this month, Norwood Jewell (pictured below, left), the former head of the union’s FCA Dept., was sentenced to 15 months in prison for violating the Taft Hartley Act, which prohibits union officials from taking anything of value from employers.

Last week, a top aide to Joe Ashton, former head of the UAW GM Dept., was named in a federal criminal complaint for taking kickbacks from a vendor supplying watches, backpacks and jackets to the joint programs operated by GM and the UAW.

While Ashton was not named in the criminal complaint, court documents outlining the charges against Mike Grimes, a retired International Union staffer, indicate Ashton too collected kickbacks from suppliers.

Ashton served as a member of GM’s board of directors, having been placed there as a representative of the Voluntary Employees Benefit Assn. or VEBA, which held a large block of stock.

He quit in December 2017, depriving the union of a voice in key decisions as GM moved ahead with restructuring plans that culminated in the announcement of plant closings 11 months later. 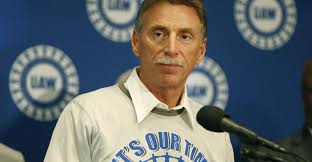 Grimes served as an aide to UAW Vice President Cindy Estrada when she headed the GM department from 2014 to 2018. Estrada, who now is the union’s top negotiator with FCA, has not been implicated in the scandal.

Nonetheless, union members have suggested on social media that she should be replaced for this year’s negotiations until she is cleared.

A UAW spokesman, however, indicated Estrada has not stepped aside, while calling Grimes’ conduct disgraceful.

“This conduct strikes at the core of who we are and what we stand for. Almost 50 years ago, UAW delegates adopted our Ethical Practices Code,” a union statement said. “This Code must always be at the center of any decision by our officers, and states that actions taken by Union officials must be guided solely and unfailingly by serving our members and this Union. Anything less is unacceptable and will not be tolerated.”

GM, Ford and FCA all are concerned about the possibility the U.S. is sliding toward a recession that would cut sales and revenue at a time when their expenses for engineering, materials and R&D are rising.

In addition, the union is caught in the middle of a slow-moving trade war that has the potential to hobble production.

At the same time, union members are looking for gains in the next contract based on the industry’s hefty profits in recent years.

While older, long-term workers making $31 per hour have pulled down hefty profit-sharing checks, some of the newest full-time and temporary workers make only $13 per hour and receive little in the way of benefits or profit sharing.

As for workers’ pay, real wages increased 1.2% in 2018, according to the Congressional Research Service. Automation, downsizing, outsourcing and the erosion of skilled-trades opportunities pose further threats to workers.