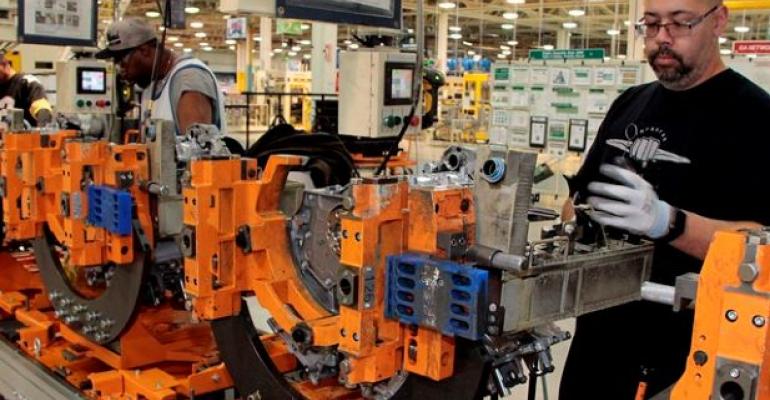 Major issues such as pensions and health care slip into the background as newer concerns such as the increasing use of temporary workers and technological changes engulfing the industry weigh on the 130,000 unionized workers at General Motors, Ford and Fiat Chrysler US.

Labor negotiations in the auto industry are invariably complicated and sometimes ugly, giving them a singular niche in Motor City lore.

But the 2019 contract talks are looking exceptionally difficult as major issues such as pensions and health care slip into the background and newer concerns such as the increasing use of temporary workers as managing the broad technological changes engulfing the industry weigh on the 130,000 unionized workers at General Motors, Ford and Fiat Chrysler US.

Jones also abandons talk of collaboration with the automakers that had been a theme of bargaining when GM and Chrysler were in trouble. “We are preparing for a conflict, and we are choosing to rely upon ourselves rather than rely on the goodwill of others,” Jones told 900-plus delegates who traveled to Detroit this month for a collective-bargaining convention.

Jones underscored the union’s message by announcing the UAW executive board had boosted strike pay 25%, to $250 per week. The money will come from the UAW’s $767 million strike fund.

“It’s sort of cliché, but these talks really are the most important in a generation,” says Harley Shaiken, a labor expert at the University of California-Berkeley.

Just as the two-tier wage system adopted during the industry’s crisis a decade ago led to the decisive rejection of a tentative contract at FCA in 2015, the automaker’s use of temporary workers emerged as a central issue during the bargaining convention.

Dittes notes while GM workers collected an average of $10,450 in profit sharing this year, temporary employees received nothing even though “they work just as hard.” Temporary employees also are not eligible for the 401(k) plans now available to newer employees at FCA, GM and Ford, who under contracts signed during the concessions era no longer are enrolled in company pension plans.

Temporary employees are easier to lay off when production slows and cuts are necessary to help control costs. However, they are represented by the UAW and under federal labor law are eligible to vote on the tentative contract agreement to be presented to union members in the fall.

“Let’s see an increase in the pension benefits, let’s see the elimination of (wage) tiers, let’s see language eliminating the corporation’s ability to keep brothers and sisters at temporary status for years. We’ve had enough of your company-first attitude, it’s time to do something for us,” union member Steve McIntosh says in a Facebook posting.

“After a decade and a half of concessions, auto workers today have a standard of living well below what we had 30 years ago,” observes Gary Walkowicz, a UAW Local 600 committeeman at Ford’s truck-assembly plant in Dearborn, MI, where the automaker also uses temporary employees.

However, the union also recognizes that the industry is changing.

Jennifer Kelly, UAW director of research, says electric vehicles are the wave of the future. “EV powertrains are simple compared to internal-combustion engines. The simplicity could reduce the amount of labor, and thus jobs, associated with vehicle production,” she says.

The union must prepare for the change by using the contracts to ensure investment flows into plants where the UAW is present, Kelly says.

“The shift is an opportunity to reinvest in U.S. manufacturing,” Kelly says in a report presented at the union’s bargaining convention. “This opportunity will be lost if EV components are imported or made by ‘low-road’ suppliers who underpay workers.”

The auto industry is moving away from manufacturing products to providing services, but that doesn’t have to mean job losses because union members can bargain on these issues, she says. “We have tools at our disposal to get through this technology, as we have done in the past with technology,” Kelly says. 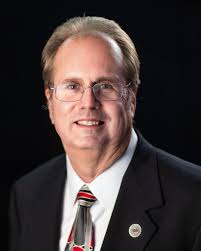 Changing technology already is altering the shop floor in many plants. But the human touch is still important in building a vehicle, says Mark Hogan, a former GM executive and Toyota board member. “You still want to have people on the final assembly line,” he says.

Some issues from the concession era remain. The two-tier system, where new and generally younger workers are paid less, remains a major concern for union members. “The solidarity of equal pay for equal work has been broken,” Walkowicz says.

It now takes eight years to “grow-in” to the full production worker’s wage of $31 per hour, and the union is looking to shorten the time it takes. “Two-tier is a difficult issue,” Dittes acknowledges.

UAW Vice President Rory Gamble, who directs the union’s Ford Dept., says the automaker has experienced years of good times and members expect to share in the profits they helped make. “Negotiations are going to be tough,” he says. “Our members are going to be prepared for the fight ahead.”