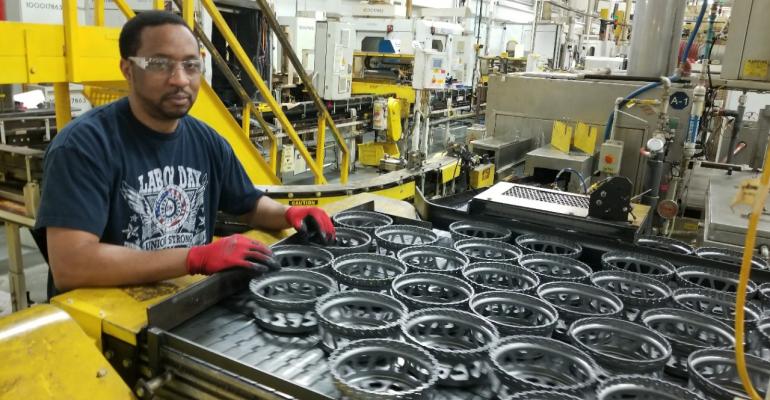 A union official says dozens of workers from the Warren plant must transfer to GM facilities in Bowling Green, KY; Fort Wayne, IN; Arlington, TX; or Flint, MI.

The United Auto Workers is underscoring the human cost of General Motors’ decision to halt production at its transmission plant in suburban Detroit and is demanding the company invest in the U.S. rather than Mexico and China.

“They chose not to give us a new job. Instead they chose to invest in Mexico and China,” says Ghana Goodwin-Dye, president of UAW Local 909, which represents workers at the Warren, MI, plant. It has been sidelined along with GM facilities in Lordstown, OH, and Baltimore by GM’s global restructuring.

A GM assembly plant in Detroit is scheduled to cease operations early next year.

“It’s been very difficult,” says Goodwin-Dye, who has worked at Warren Transmission for more than 30 years. “We’re a family. That’s what GM does – they separate families.”

Goodwin-Dye says dozens of workers from the Warren plant must transfer to other GM plants in Bowling Green, KY; Fort Wayne, IN; Arlington, TX; or Flint, MI.

Other employees have elected to retire. GM considers the plants “unallocated,” pending the outcome of contract talks between GM and the union.

Goodwin-Dye says prior to the November announcement, she had repeatedly asked GM’s management for guidance on the company’s future plans. “We did everything they asked,” she says, “but they kept saying we don’t have anything for you.”

With contract talks now under way, Goodwin-Dye says the union will press GM for new investment in the unallocated plants.

New investment, however, may not come in time to protect workers from Warren and Lordstown because they are being asked, in many cases, to transfer in the next several weeks.

“This closure is a very hard pill to swallow,” says Danielle Murray, a Local 909 member who says she will have to move her ailing mother with her to Texas or Kentucky.

Regina Duley, another Local 909 member who spoke at a press conference organized by the UAW’s International staff, says she wished she had enough seniority to retire.

“I have nine more years,” says Duley, who plans to accept GM’s offer of another job to protect her benefits and help her daughter through college.

GM said in an e-mail that it had jobs available for all 60 employees remaining inside the Warren plant, which goes dark on Aug. 2. 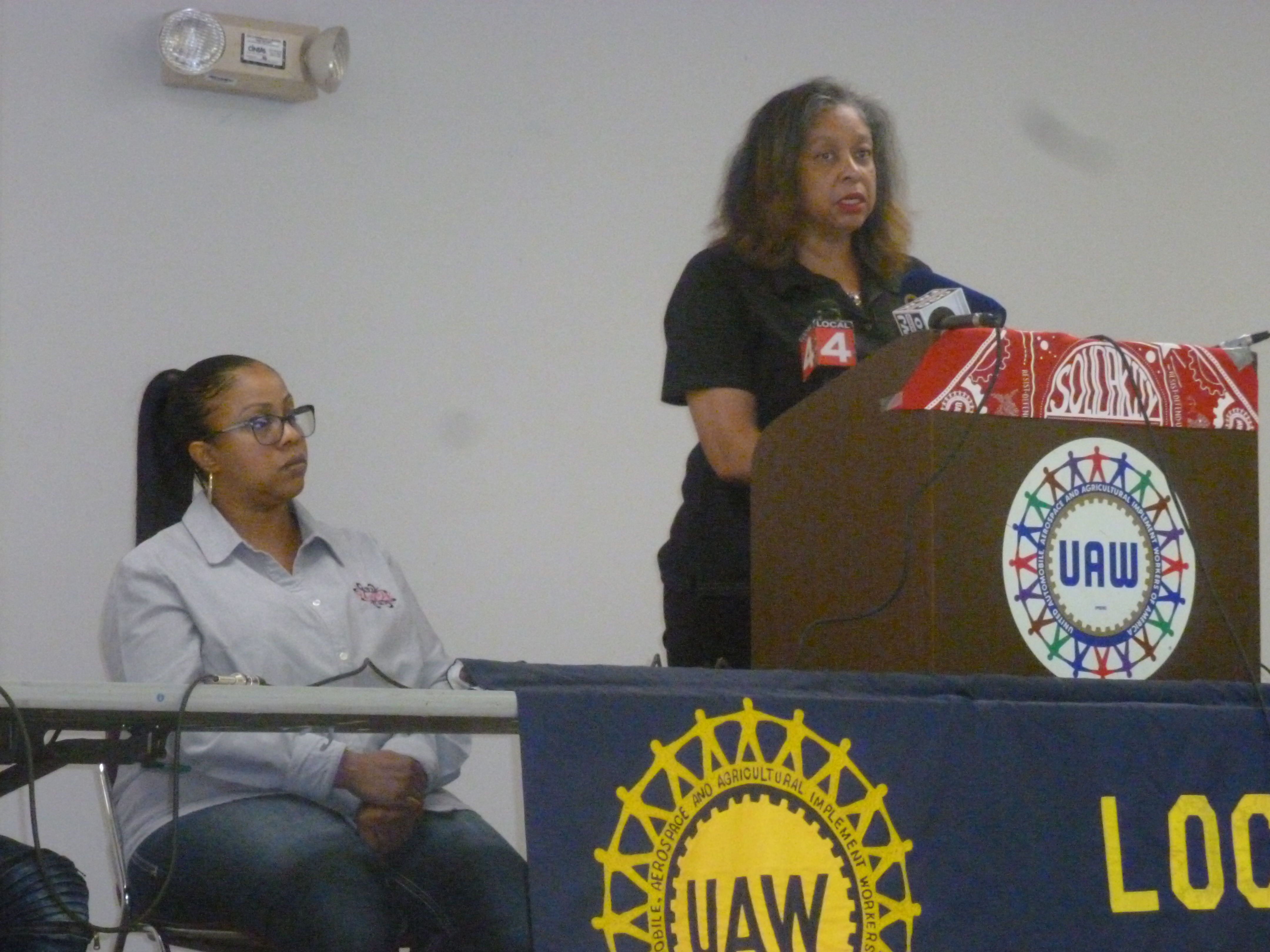 “The 6-speed transmission was a good product and was built with tremendous pride by the Warren team. We know this is an emotional time for our Warren Transmission team members,” GM says.

“We appreciate their commitment and hard work to build the highest quality possible into each and every transmission produced at Warren Transmission Operations. Our focus remains on the employees and the impacted communities. We have job opportunities for all hourly employees at the impacted plants.

“These are highly skilled employees, and we want them to stay with the company. We have now placed more than 1,700 employees (out of 2,800) from our unallocated plants to other GM locations. Our goal is to build a strong future for our employees and our business,” the GM statement says.

The shutdown also comes against the backdrop this week of the Democratic presidential debates in Detroit, leaving GM open to criticism by the candidates. President Donald Trump also has disparaged GM for plant closings.

But he said Trump is unwilling to re-open discussions with Mexico to secure better terms that would benefit American workers by narrowing the difference in wages between the two countries.

NAFTA 2.0 is the same as the original NAFTA, he said. “It has the same idle promises unless you’re going to get serious about enforcement,” said Kildee, whose district includes Flint.

Kildee was accompanied by former Secretary of Labor Tom Perez, who is chairman of the Democratic Party’s National Committee. Perez noted that Trump promised when he campaigned in Warren in 2016 that the loss of manufacturing jobs would end if he was elected.

“Michigan has fewer manufacturing jobs now than it had in 2016,” Perez said.

Meanwhile, in testimony in Washington D.C., Matt Blunt, president of the American Automotive Policy Council, a principal lobbyist for GM, Ford and Fiat Chrysler Automobiles, said passing the USMCA should be a bipartisan priority for Congress.

“FCA US, Ford and General Motors are essential to America’s economic growth supporting two out of three jobs in the U.S. auto sector,” Blunt said. “America’s automakers, their employees, and the auto manufacturing supply chain depend on exports to grow jobs here at home.”

He says the USMCA will help ensure the American auto industry stays globally competitive by establishing a framework to increase investment and research and development in the U.S.