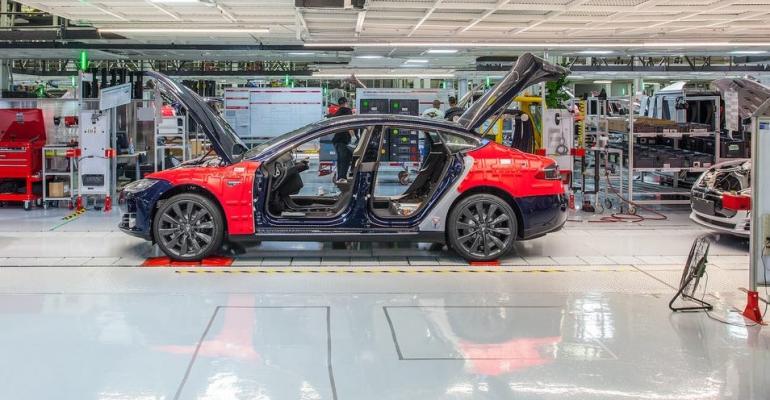 In resuming operations Monday at the Fremont plant, which had been shut since March 23 as part of the effort to prevent the virus from spreading, Musk is gaining support from President Donald Trump and Treasury Secretary Steve Mnuchin.

Tesla founder Elon Musk is turning the reopening of his lone U.S. assembly plant in Fremont, CA, into a federal case while threatening to leave California, the company’s largest and most important market, and creating fresh anxiety among employees who face the threat of the lethal COVID-19 virus.

Tesla asked the U.S. District Court in San Francisco for an injunction against Alameda County for attempting to use a “shelter in place” order triggered by the pandemic to block the electric-vehicle maker’s efforts to re-open the Fremont plant, once the site of a General Motors-Toyota joint venture.

Alameda County covers the east side of San Francisco Bay and includes Oakland and Berkeley.

In resuming operations Monday at the Fremont plant, which had been shut since March 23 as part of the effort to prevent the virus from spreading, Musk (below, left) is gaining support from President Donald Trump and Treasury Secretary Steve Mnuchin.

“He’s one of the biggest employers and manufacturers in California, and California should prioritize doing whatever they need to do to solve those health issues so that he can open quickly or they’re going to find, as he’s threatened, he’s moving his production to a different state,” Mnuchin says during an appearance on CNBC.

Alameda County, according to the county’s Public Health Dept. website, is one of the places in California where the number of coronavirus cases is continuing to rise and is extending its shelter-in-place order through May 31. The county has deemed Tesla a non-essential business but Musk, whose factory employs 10,000 people, disagrees. 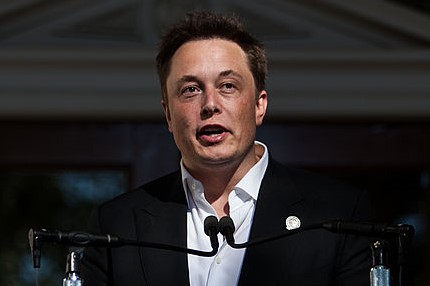 While Tesla is moving to resume production, Alameda County is not backing down, according to a statement posted on its website. With Gov. Newsom attempting to mediate, it isn’t sending the county sheriff to enforce its cease-and-desist order, as it did during a first confrontation with Musk back in March over the shelter-in- place order.

Alameda County is asking Musk to provide a detailed plan for operating the Fremont plant in the face of the pandemic. Tesla says employees are being scanned for their temperatures and must wear face masks, while break times are staggered to help maintain social distancing.

The confrontation appears to be taking something of a toll on Tesla, which has warned Fremont employees they could lose their unemployment benefits if they do not report for work immediately, according to published reports. The warning suggests absenteeism is an issue.

“They’re trying intimidation and threatening tactics, saying if you don’t show up there’s no more unemployment,” a Tesla employee who asked for anonymity says in a Facebook post. “I will not be there, as well as a number of other people, because it is still shelter-in-place. Until Alameda county health officer Dr Erica Pan says otherwise, I will not be there.”

Tesla, which has had a sometimes-contentious relationship with its workforce in Fremont, is fighting a series of unfair labor practices charges filed by former employees with the assistance of the UAW.

So far, Musk has held the union at bay while drawing critics from around the Bay Area.

In another Facebook post, Ricardo “Rico” Franco, who works in a warehouse in an industrial park near the Tesla plant, says of Musk’s threat to relocate from California: “Let him go. His ‘workers’ were pretty much slave labor the time I managed a warehouse down the street from his plant. People would hit us up all the time looking for jobs to escape working at Tesla. It was really, bad. I actually think you would be better off doing farm labor than working the lines at Tesla.”