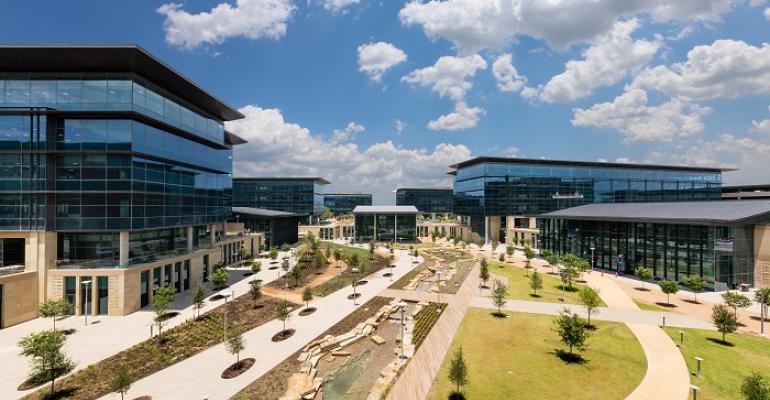 Toyota&rsquo;s move to Texas should not be a repeat of Nissan North America&rsquo;s 11 years ago, says Jim Lentz, CEO-Toyota Motor North America.

PLANO, TX – On the day of the grand opening of its new North American headquarters here, a top Toyota official says this new campus and related organizational changes will shorten the time needed to get new products in dealer showrooms.

“I think we’re going to be quicker to market,” Jim Lentz, CEO-Toyota Motor North America, tells media at the automaker’s new $1 billion, 100-acre (40-ha) campus, pointing to the structural shift that has taken place as part of the move that has eliminated organizational redundancy and bottlenecks.

“Before if you were part of the sales organization, you had your own legal team (and) HR team, so there was a lot of redundancy across the organization,” he says. “So we were able to streamline that and, with a lot of the headcount changes, we were able to hire more engineers to (for) our operation in Ann Arbor, as we continue to develop vehicles here in North America, for North America.”

While Toyota’s engineering operations in and around Ann Arbor, MI, already have been expanded, with new facilities in part to house purchasing staff relocated from Kentucky, this new Texas campus brings together positions in Toyota’s sales, marketing, finance, legal and manufacturing units previously divvied up among locations in California, Kentucky and New York.

Toyota has retained 72% of its workforce from those three states, Lentz says, adding, “About 1,400 have decided not to make the move.”

Toyota has hired 800 workers locally for about 1,000 open positions, the vast majority from the Dallas area. There will be 4,200 permanent employees here, although the campus can accommodate up to 6,500, Lentz says. Doug Beebe, general manager-North American real estate and facilities for Toyota Motor North America, tells media those working for third-party consultancies or advertising agencies are expected to be on campus regularly.

Toyota’s move to Texas should not be a repeat of Nissan North America’s experience 11 years ago, Lentz says. Nissan relocated its U.S. sales and marketing operations from the Los Angeles area to Nashville, TN. It retained about 40% of workers initially, but many who moved later left the automaker after deciding Tennessee wasn’t for them.

Toyota is offering relocating employees an incentive if they stay with the company in Plano for two years.

“I fully expect that we will have people (leave), as they reach retirement age, two or three years down the road,” Lentz says. “But I really don’t expect to see what Nissan saw. That was a fairly large drop-off.”

Lentz credits Toyota’s hefty retention rate with the 2-year-time period given for employees to decide whether to move to Texas. Beebe says two years is about the right amount of time.

“You can go the other direction and give way too much time, and then there’s no progress on the physical location or maybe organizational changes or integrated North American processes, collaboration and communication.”

Nissan employees had less than a year to decide to move to Nashville.

Toyota announced the Plano headquarters plan in April 2014 and was able to fast-track development of the site from a standard five to seven years for a complex of this size to just over three years, Beebe says.

The campus has seven office buildings, with five already open and two set to open this month. The most prominent are two semi-circular buildings that share a courtyard in the center, part of the automaker’s desire to have natural space for employees to view through the buildings’ vast windows.

As per the Silicon Valley trend, there are plenty of non-traditional workspaces here, filled with tub chairs, couches or high-top tables with barstools. And in more traditional cubicle workspaces, employees can either sit or stand thanks to changeable-height desks. 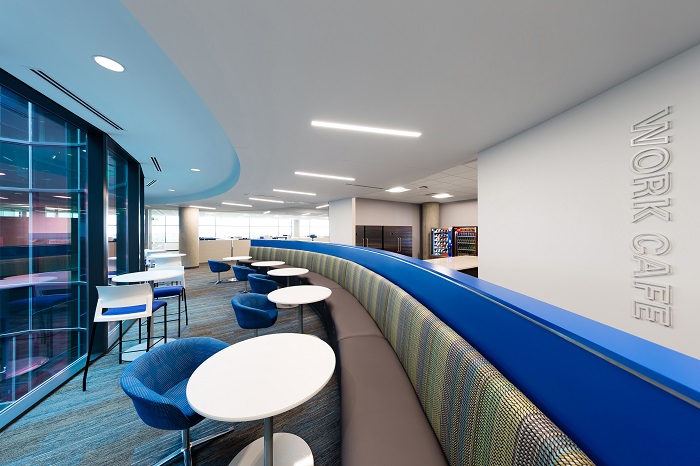 As is the case at many of Toyota’s manufacturing plants, as well as its new York Twp., MI, purchasing center, there is an on-site pharmacy and physician at the Plano campus. There also are 11 eating establishments, as well as fridges and microwaves both in the cafeteria area and on individual floors.

Toyota used a variety of local materials in the construction and decoration of the buildings, including Texas limestone, and has what it says is the largest non-utility-owned solar array in Texas. The solar panels provide 30% of the power needed on the campus; the other 70% comes from renewable energy sources. The automaker is expecting to earn LEED Platinum certification for the facility, which also collects rain water to fulfill its watering needs.

Typical of any modern-day corporate relocation in the U.S., Toyota received a package of incentives aiding its move to Texas.

The Dallas Morning News reported the Plano City Council approved a 50% property tax abatement from 2018-2027 and a 50% tax rebate for the ensuing 10 years. The Plano City Council also awarded Toyota $6.75 million in grants tied to construction, $2.9 million for completion of the buildings and creation or transfer of 2,900 jobs by Dec. 31, 2017, and up to $900,000 in reimbursement of relocation expenses and up to $2.2 million in reimbursement of fees for permits, building and inspections.

While Lentz says most Toyota employees who already have made the move love Texas, some have told WardsAuto they are disappointed in a still-high cost of living. While there is no state income tax, and housing is more affordable than in Southern California, with Zillow showing a 4-bedroom home in Plano priced from $200,000-$500,000 vs. $800,000-$2.6 million in Torrance, CA, high local property taxes and insurance can offset those savings.

The high-growth area in which Toyota is located also is experiencing increasing traffic volumes. While it pales in comparison to L.A. traffic, Beebe says the automaker is trying to alleviate Plano’s congestion by encouraging carpooling and implementing staggered start times.