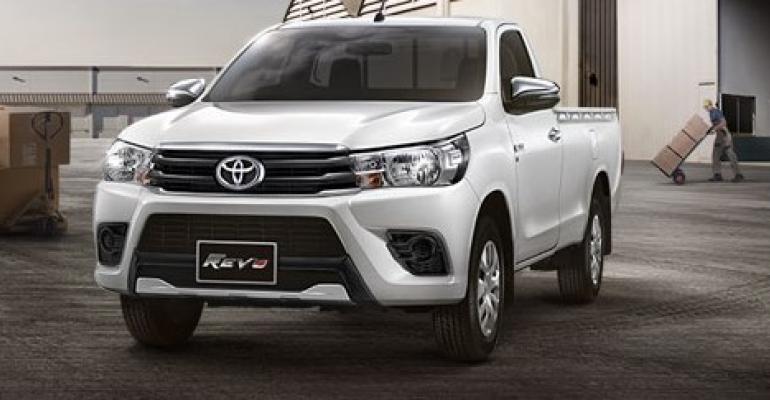 “We are facing headwinds including the decreased level of consumer confidence and private consumption, tightening car loan schemes and (the) continuing uncertainty of the global economic trends,” says Michinobu Sugata, president-Toyota Motor Thailand.

Toyota expects the coming year in Thailand to prove challenging as the new-car market, which ran out of steam during the closing months of 2019, continues downward. It’s going to be the same story for the OEM’s exports, which also slumped last year.

Thailand saw 1,007,552 new vehicles registered last year, a year-on-year decline of 3.3%. However, that was still only the fourth time the market has breached the 1 million-annual-sales barrier. Toyota did manage to increase its market share to 33%, a 2.8% increase.

“(During) the first half of the year the market seemed prosperous and (saw) growth (but) there was a decline in the second half of the year, especially since September,” Michinobu Sugata, president-Toyota Motor Thailand (below, left), says during a recent press briefing.

“Last year we were able to overcome the negative market.”

However, Toyota doesn’t believe it can outperform the market again this year and will follow it downward.

“This year is going to be a challenging year for Thailand’s automobile industry,” Sugata says.

“We are facing headwinds including the decreased level of consumer confidence and private consumption, tightening car loan schemes and (the) continuing uncertainty of the global economic trends.”

On the last issue, he adds, “Thailand will be directly affected by the trade war between the U.S. and China.”

Toyota’s exports, meanwhile, slumped 10% during 2019 due to weakness in its key export markets combined with the appreciation of the baht.

However, there is some optimism: “For the Middle East we hope we can expand our exports (in 2020).”

The strong baht’s two-year run is affecting exporters. “There will be impacts in terms of profitability of exports,” Sugata says. “We keep costs down and improve production efficiency (to counter the baht).”

There is no currency upside, either. “We have no benefit from the appreciation of baht (because) almost all parts (are) built locally,” he says. “There’s a more negative impact than positive from the baht.”

Thailand, traditionally the focal point of Toyota’s ASEAN operations, also has been rattled by last year’s announcement that the automaker will invest $1.9 billion to assemble hybrids in Indonesia.

Surasak Suthongwan, executive vice president, foresees a role for the Hilux. “Pickup is a key market,” he says. “We hope the pickup market will (provide) a tailwind for Toyota.” 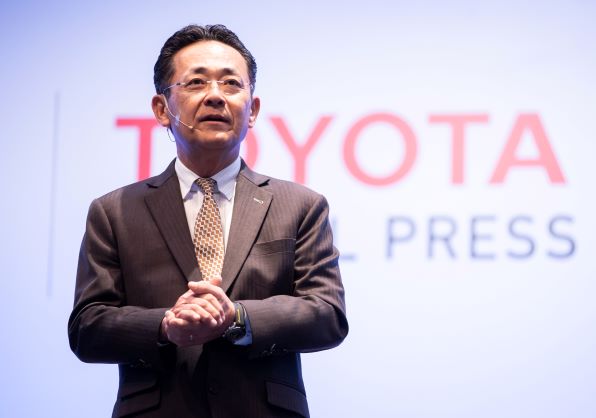 Toyota’s commitment to Thailand is demonstrated by approval granted by the Board of Investment for two projects.

The immediate focus is on hybrids. “Battery EV is not ready in many aspects,” he says. “Especially not in response from customers … (we need to) research needs and wants of customers.”

Poor air quality is one of the top political hot potatoes here. Bangkok languishes among the world’s most polluted cities, and the government is urgently seeking to accelerate the introduction of Euro 5 air-quality standards.