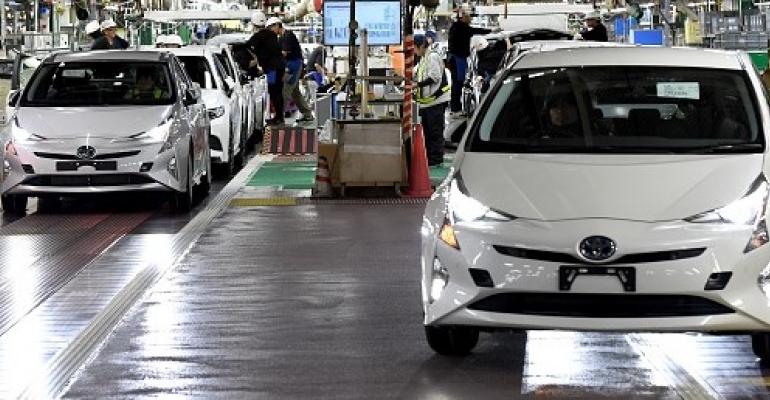 Nissan appears to be the biggest loser. The automaker is projecting a full-year decline in global sales to 5.05 million units, down 3.6% from prior-year, with sales falling in every major market where Nissan does business.

TOKYO – Japanese automakers, now in the homestretch of their fiscal 2019 business year, are projecting mixed results when they close their books at the end of March.

The winners will be Toyota and Subaru. The losers: Nissan, Mazda and Mitsubishi. Suzuki and Honda are in between.

Nissan appears to be the biggest loser. The automaker, which reported its third-quarter 2019 financial results Feb. 12, is projecting a full-year decline in global sales to 5.05 million units, down 3.6% from prior-year, with sales falling in every major market where Nissan does business.

Results in China, where the Coronavirus is having a still-to-be-determined adverse impact on business activities, could be even lower by the time full-year sales are tallied.

As a result, earnings are projected to fall to ¥85 billion ($770 million), a 12-year low and, excluding fiscal 2008 – the year of the great recession – the lowest level since fiscal 1997, just before the arrival of Renault to help restructure the automaker. Nissan’s operating profit margin is on a trajectory to sink below 1.0%.

Nissan’s alliance partner Mitsubishi also projects sharply lower earnings of ¥30 billion ($270 million) as the automaker, like Nissan, is registering sales declines in every major market except Japan – down 44.1% in Europe; 13.9% in Asia, its major market; 47.8% in North America; and 60.1% in other markets.

Mazda is forecasting another year of weak sales with volumes falling 3.9% to 1.5 million units, which is reflected in earnings of ¥60 billion ($550 million), a 7-year low.

Despite the downturn in sales, Suzuki is on track to report a 5.7% profit margin.

Suzuki, along with Daihatsu, are Japan’s two leading 0.66L mini-vehicle producers. Including models supplied to other automakers, it sold more than 427,000 units during the period.

Honda is projecting virtually no change in earnings in fiscal 2020 as the automaker expects operating income to grow marginally to ¥730 billion ($6.7 billion), 4.6% of consolidated sales, although the profit margin in its automotive division is substantially lower than in its motorcycle division.

Between April and December, Honda reported automotive earnings of ¥229 billion ($2.1 billion) only fractionally higher than the ¥221 billion ($2.0 billion) in its motorcycle division.

However, the motorcycle division’s operating margin stood at 14% compared to slightly below 3% in automotive. Automotive sales are projected to account for 67% of consolidated revenues.

Contributing to Honda’s lackluster performance: Global auto sales between April and December fell nearly 4% to 3.6 million units. The largest decline was in Asia including China, down 6%. In North America, sales fell 4% during the period to 1.4 million. 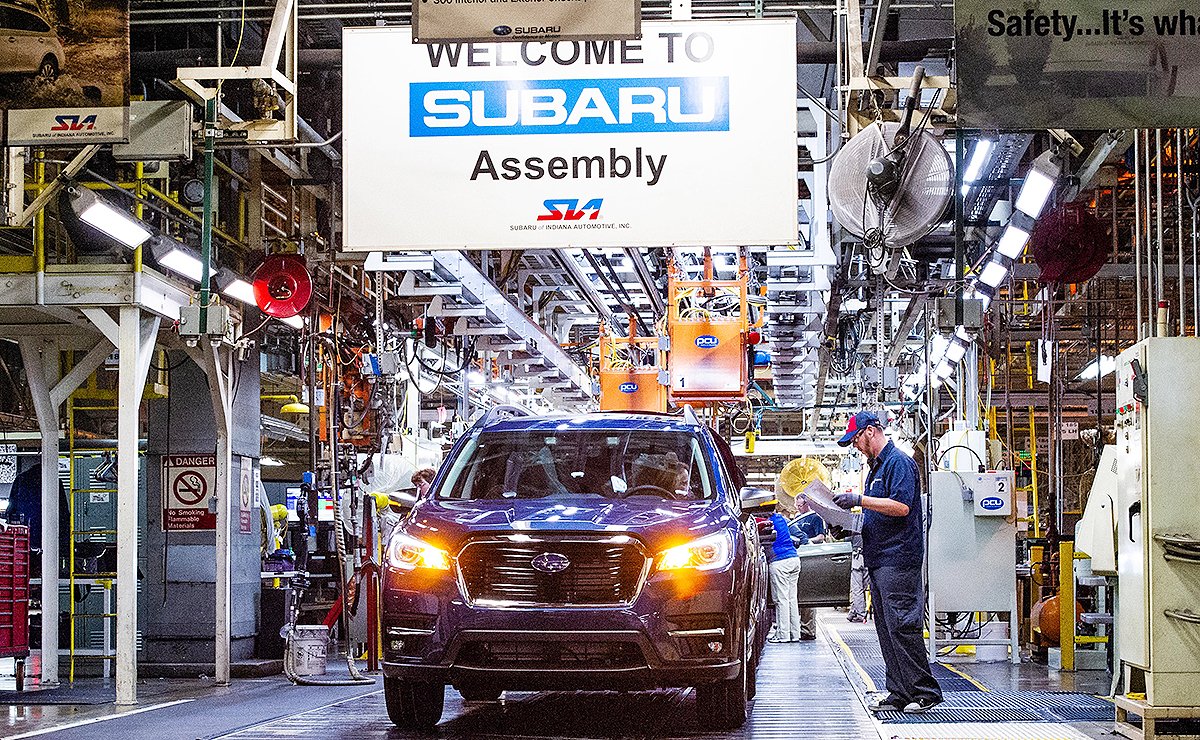 Revenues were down marginally. Earnings were marginally up. But the automaker, despite seeing little movement in revenues and earnings, registered an 8.5% profit margin, unchanged from a year ago.

Daihatsu, Toyota’s small-car subsidiary, did not report earnings for the nine-month period. Between April and December, it sold an estimated 590,390 cars, putting it on track to reach 790,000 for the full fiscal year.

Subaru, another winner, is projecting sales of slightly more than 1.0 million units, up marginally from fiscal 2019 levels. Two-thirds of sales, 700,000 units, are in the U.S., which is Subaru’s largest growth market, up 6% year-over-year.

U.S. production, the only market outside Japan where Subaru builds cars (see Indiana plant above), is projected to grow to 381,800 units.

Subaru, which soon will be owned 20% by Toyota (which currently holds a 17% equity stake), is projecting 18% growth in earnings to ¥220 billion ($2.0 billion) as the automaker maintains its 6.5% profit margin.