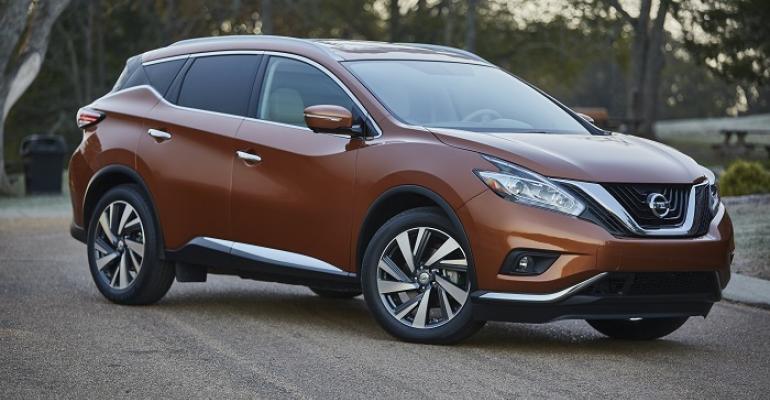 There were two fewer selling days in October 2016 vs. year-ago.

According to WardsAuto, which continues to parcel out the discontinued Scion brand as it sold 376 units last month, Toyota rose 1.3% while Scion fell 93.5%.

Toyota light trucks continued their hot streak in October, setting a record for the month with 87,193 deliveries.

Unlike in recent months, the compact RAV4 CUV was not firmly in the black, but was flat, up just 0.7%. RAV4 volume of 26,429 made it Toyota’s third-best-selling model last month, unlike a year ago when it overtook the Corolla for second place.

The Highlander large CUV had the biggest increase among mainstream Toyota light trucks in October, up 42.9% on 17,668 sales.

The Tacoma and Tundra pickups both rose, with the midsize truck up 12.2% and the fullsize truck rising 7.9%.

On the car side, as in September the Corolla outsold the Camry. The Corolla’s total sales, aided by the addition of the former Scion iM hatchback to the previously sedan-only Corolla lineup, were 29,735, a 9.1% DSR increase from like-2015.

With the exception of the Yaris B-car liftback and the Mirai fuel-cell vehicle, all other Toyota cars were in negative territory.

The former Scion FR-S, now called the Toyota 86 and including FR-S sales, was down 11.5% from year-ago.

It was a record October both for Honda light trucks overall and the CR-V compact CUV. The brand’s best-selling light truck, being sold down in anticipation of a redesigned ’17 model, racked up 30,306 deliveries, a 12.4% DSR increase that put it above the Accord and Civic for the fifth month in a row.

Yet, all was not well across the Honda light-truck lineup, as the year-old Pilot fell 27.6% and the Odyssey, due for a redesign next year, slipped 6.1%.

The all-new Ridgeline added 3,371 units to Honda’s October tally. Sales of the midsize pickup through October stood at 16,118.

Despite continuing low gasoline prices across much of the U.S., Honda’s smaller cars, the B-segment Fit and C-segment Civic, did better than the D-segment Accord. Fit and Civic sales rose 266.7% and 2.2%, respectively, while the Accord was down 8.6%. Honda blames a slumping midsize-car segment for the Accord’s loss, while noting the Civic is on track to set a new annual record. Civic sales through October were 310,142, up 11.7% on a volume basis.

Acura’s cars continued to be a sore point for the brand, with the sector’s entrants all in the red last month, minus the new NSX. Acura sold 67 units of the hybrid sports car in October, but saw losses of 29.5% and 49.4% with the RLX flagship sedan and the TLX midsize sedan.

Nissan U.S. sales rose 5.3% last month on a DSR basis to 113,520, WardsAuto data shows, thanks to good performances by both the Nissan and Infiniti brands.

Nissan was up 5.0%, although unlike in recent months larger light trucks performed better than smaller models.

The Murano midsize CUV, not refreshed for ’17, still found plenty of takers, with sales up 115.4% on a DSR basis. Its 10,701 deliveries were an October record, Nissan says.

The aging Frontier midsize pickup continues to surprise, up 43.9%, while the NV large van saw a more modest lift of 5.3%.

The Rogue compact CUV, on fire in recent months, slipped 8.5% in October, possibly due to the changeover from ’16 to the refreshed ’17 model. Despite the falloff, the Rogue again was Nissan’s best-seller, with 21,179 October sales vs. the 20,257 racked up by Nissan’s second-best-selling model, the Altima sedan.