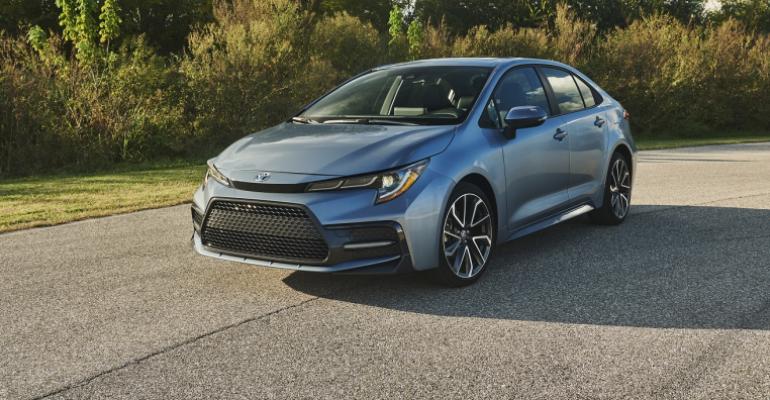 New Corolla sedan on sale this week in U.S.
Industry

Toyota Sees Corolla Down But Not Out

Despite offering a redesigned model, sales of Toyota’s compact 4-door are expected to decline. However, the automaker hopes to grab share as the segment contracts.

SAVANNAH, GA – Toyota expects to sell 250,000 units annually of its new ’20 Corolla sedan, a drop in sales from almost 286,000 delivered in 2018 as Americans continue to migrate to crossovers and other light trucks.

But the automaker believes the compact-car segment still is strong and, with upcoming departures from the group, a segment where it can grow market share.

FCA US left the compact-car segment in the U.S. in 2016 when it pulled the plug on the Dodge Dart, and Ford and General Motors last year announced the current generations of their respective Focus and Chevy Cruze compacts would be their last. Thus far, none of Toyota’s Asian competitors have said they’ll be bowing out, nor has Volkswagen which offers the Jetta 4-door compact.

FCA also is absent from the midsize-sedan segment, which Toyota led in sales last year with the Camry and which Ford has said it will exit when the current-gen Fusion ends production.

Even with Focus and Cruze still in the compact group, and its sales falling 7.4%, the Corolla sedan’s share of Wards Upper Small segment did increase last year from 2017, with the car accounting for 16.5% of the 1.73 million compacts sold and up from 15.3% the year before, Wards Intelligence data shows.

Honda’s Civic was the No.1-selling compact nameplate in the U.S. in 2018, with 325,760 sales spread across three body styles (sedan, coupe, hatch) and also first in segment market share (18.8%), per Wards Intelligence data.

Toyota did not offer a coupe version of the outgoing Corolla and won’t offer a 2-door with the new one, but it does sell a Corolla Hatch, which was redesigned last year and tallied 17,867 U.S. deliveries in 2018.

As further ammunition for those who may question Toyota’s commitment to sedans, Laukes notes if 2018 Corolla (285,865) and Camry sales (343,439) were combined “it’d be the ninth-largest automaker in the country. So we’re staying bullish on sedans and also on small cars,” he says.

Jack Hollis, group vice president-Toyota Div., told Wards at the Corolla 4-door’s November unveiling he hoped the pace of decrease in U.S. car sales would start to slow. Cars, once accounting for more than half of all U.S. light-vehicle sales, stood at 30% last year while light trucks grabbed 70% share.

“There’s cycles in this business,” Hollis said. “This one’s a lot larger from car to truck, but I think it will go back a little bit. I’m not expecting it to go back to 50/50, that’s for sure, but I do think you’ll see (cars) come back.”

The redesigned ’20 Corolla sedan, riding on Toyota’s new lower, rigid and lighter TNGA-C platform as does its hatchback variant, goes on sale this week in the U.S. An ad campaign, which targets multicultural buyers and also includes one racy commercial set in a carwash, begins next month. 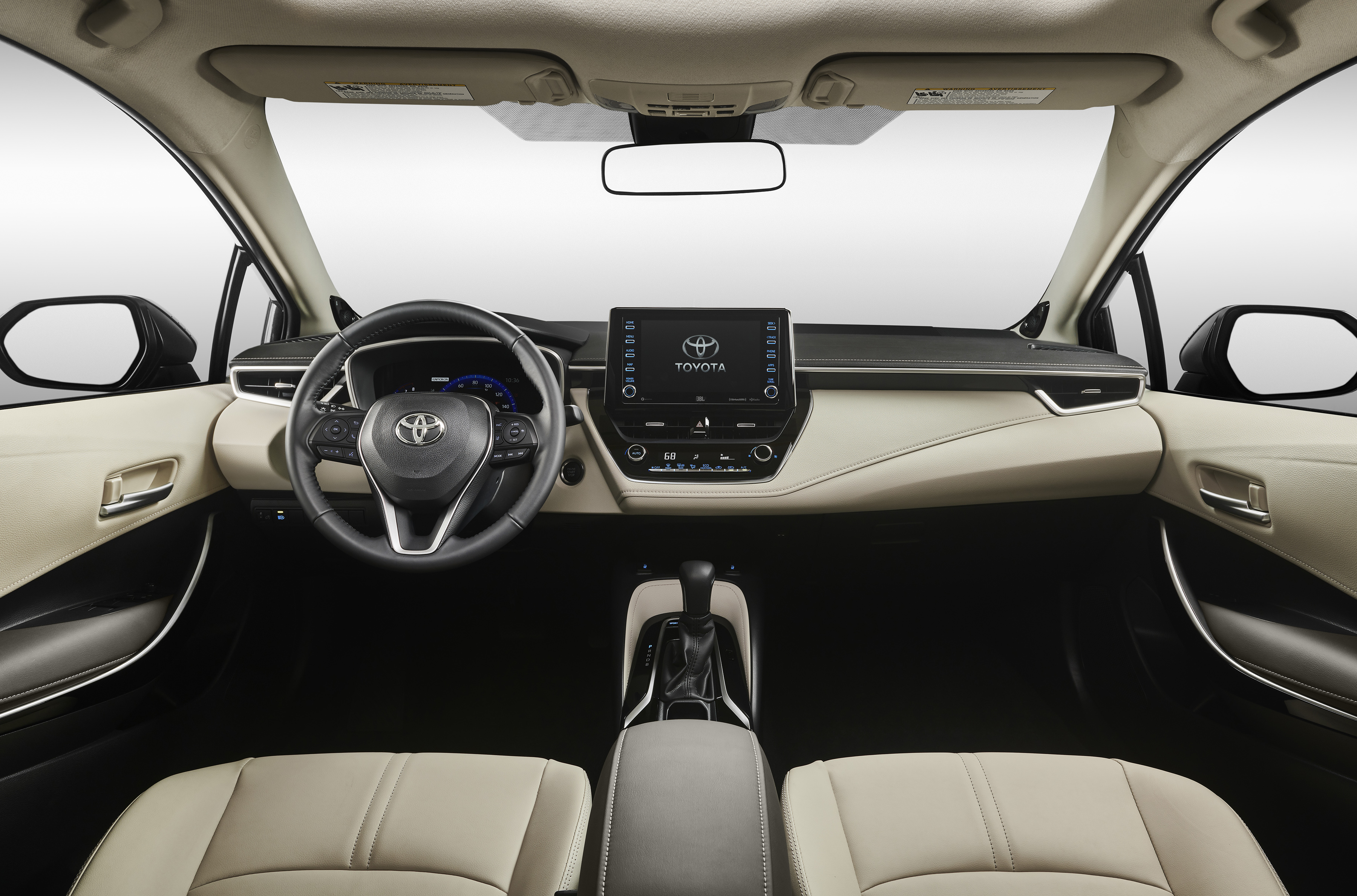 For the L, LE and XLE models, the outgoing Corolla 4-door’s 1.8L 2ZR-FAE engine – albeit updated with unspecified more horsepower and greater fuel efficiency – carries over, while the SE and XSE have Toyota’s new 2.0L Dynamic Force inline-4 with direct injection from the Corolla Hatch.

Designated M20A-FKS and with a Prius-matching 40% maximum thermal efficiency claim, the 2.0L is more powerful and fuel-efficient than the 1.8L despite being lighter and smaller, Toyota says.

Toyota expects the LE and SE grades of the new ’20 Corolla sedan to be the top sellers, while the hybrid should account for 10% of total sales.