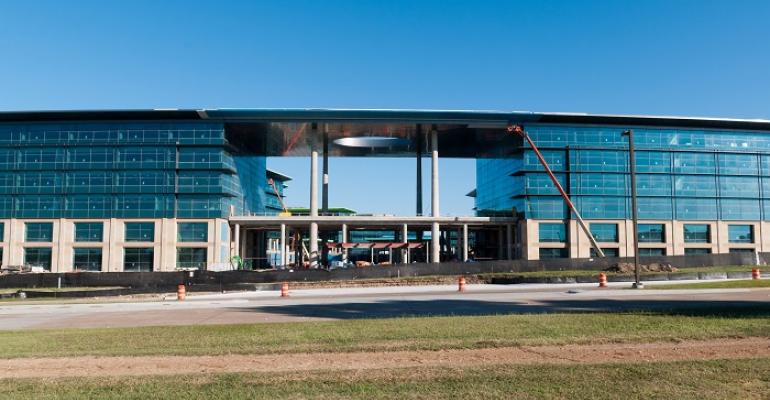 Toyota’s Lentz: About 3,000 Workers Expected to Move to Texas

Toyota will have 4,000 jobs at the new Plano HQ, which will house sales, marketing, finance, accounting, engineering and technology functions, meaning approximately 1,000 positions will be filled with new hires.

Toyota expects up to 70% of its U.S. workers invited to move to its new headquarters in Plano, TX, will do so.

“It’s about 3,000 (who will relocate),” Jim Lentz, Toyota North America CEO, tells media today in a briefing webcast from Plano, adding the automaker is “quite firm” on that figure.

“We let everyone know when we made this move if you wanted a job you had a job, (so) we’re very happy with that number. It allows us to ensure our culture continues,” he says.

Toyota will have 4,000 employees at the new Plano HQ, which will house sales, marketing, finance, accounting, engineering and technology functions, meaning approximately 1,000 positions will be filled with new hires.

“I think thus far we’ve hired about 400 people that were not in the headquarters operation in the past…so it’s also good to get new blood within the company,” the executive says.

Lentz uses some of his time at the podium to address not only the media, but also potential employees, pitching, “The possibilities are endless when you join Toyota.” He also notes the work the automaker is doing outside the auto industry, in the field of personal robotics and mobility, advising viewers to “please visit Toyota.com/careers.”

Asked whether salaries in Plano will be commensurate with those in California, from where the bulk of Toyota’s U.S. employees will be moving, Lentz is guarded, noting a salary for a given job is different in San Francisco than in Kansas City.

“It’s difficult to say what the range of salaries (is) because they overlap from job-to-job. (Salaries) will be very, very competitive for the marketplace,” he says.

There likely will be indirect jobs created as a result of Toyota’s move to Plano, but Lentz can’t say for certain how many or when they will arrive. He says Toyota’s ad agency Saatchi & Saatchi is expected to open a local office, while Plano Mayor Harry LaRosiliere notes many jobs likely will be brought to the region that will fly under the radar, per his discussions with Chamber of Commerce officials.

About 1,100 people are working at Toyota temporary offices in Dallas, with several hundred more expected to be added by year end.

A move-in date of mid-2017 is forecast, and Lentz allows there have been only a few hiccups along the way. He cites a rain-storm delaying drywall installation in one particular building by a couple weeks, as the roof wasn’t sealed.

Toyota is aiming for LEED (Leadership in Energy and Environmental Design) Platinum certification from the U.S. Green Building Council for its 2.1 million-sq.-ft. (195,096 sq.-m) collection of buildings, which will have large windows to let in natural light, solar-generated electricity and rainwater collected and stored for irrigation, Lentz says.