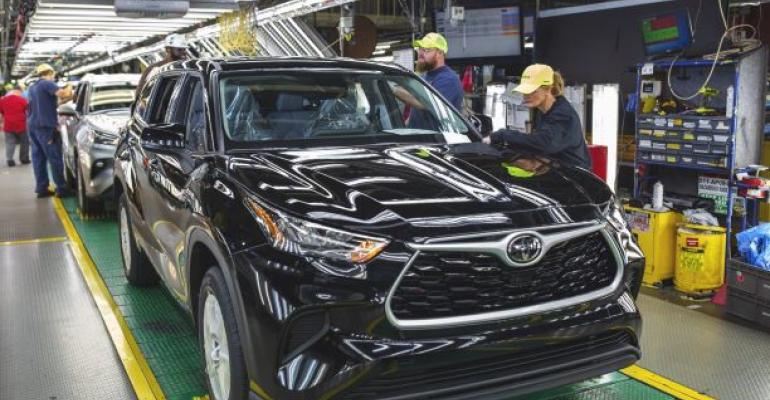 Toyota Motor North America executive Christopher Reynolds says it’s fair to assume Toyota is looking at a major overhaul of both the Tundra fullsize pickup and Sequoia SUV by 2022.

Toyota is moving ahead with plans to reboot its fullsize SUV and pickup truck as it moves ahead with a $13 billion plan to renovate and expand its U.S. manufacturing base over the next three years.

“We’re not here to talk about new products,” Reynolds tells reporters during a discussion of TMNA’s manufacturing plants at the Toyota plant in Princeton, IN, which began producing the ’20 Highlander CUV last week.

However, Reynolds says it’s fair to assume Toyota is looking at a major overhaul of both the Tundra fullsize pickup and Sequoia SUV by 2022. He says Toyota Motor Mfg. Indiana is slated to cease Sequoia production by 2022, when it will shift to Texas under the modernization plan.

Reynolds says the $13 billion program, which covers the Indiana and Texas plants and the Toyota-Mazda joint venture in Alabama, will improve the operational speed and competitiveness of the automaker’s North American manufacturing operations. To date, Toyota has committed $7.1 billion to the plan.

The San Antonio plant, which is used to build both the Tundra and midsize Tacoma pickup, will focus on production of fullsize body-on-frame trucks and SUVs in the future, Reynolds says.

It will continue to assemble the Tundra and will add Sequoia assembly starting in 2022.

Both the Sequoia and Tundra are aging products; Sequoia sales dropped 7.5% year-over-year in 2019, while Tundra deliveries fell 5.6% despite the sustained popularity of SUVs and pickups.

However, by late 2021 production of the Tacoma, which now is built in San Antonio, is scheduled to shift to Mexico in a move that could leave the Texas plant underutilized.

Toyota Motor Mfg. de Baja California, Mexico, has been assembling the Tacoma since 2004. The Toyota plant in Guanajuato, Mexico, began assembly of the Tacoma in December and both plants will continue to focus on production of the midsize truck, Reynolds says.

Toyota North America will concentrate production of midsize SUVs and minivans including the Highlander, Highlander Hybrid and Sienna minivan at Princeton, which has more than 7,000 employees and is finishing up a $1.3 billion renovation that added 550 jobs to the plant’s payroll.

“We need all the Highlanders we can get,” Reynolds says, adding one of the goals of the modernization plan is to increase Toyota’s percentage of vehicles that are built in North America.

“Part of Toyota’s tremendous success in North America is building vehicles where we sell them,” he says. 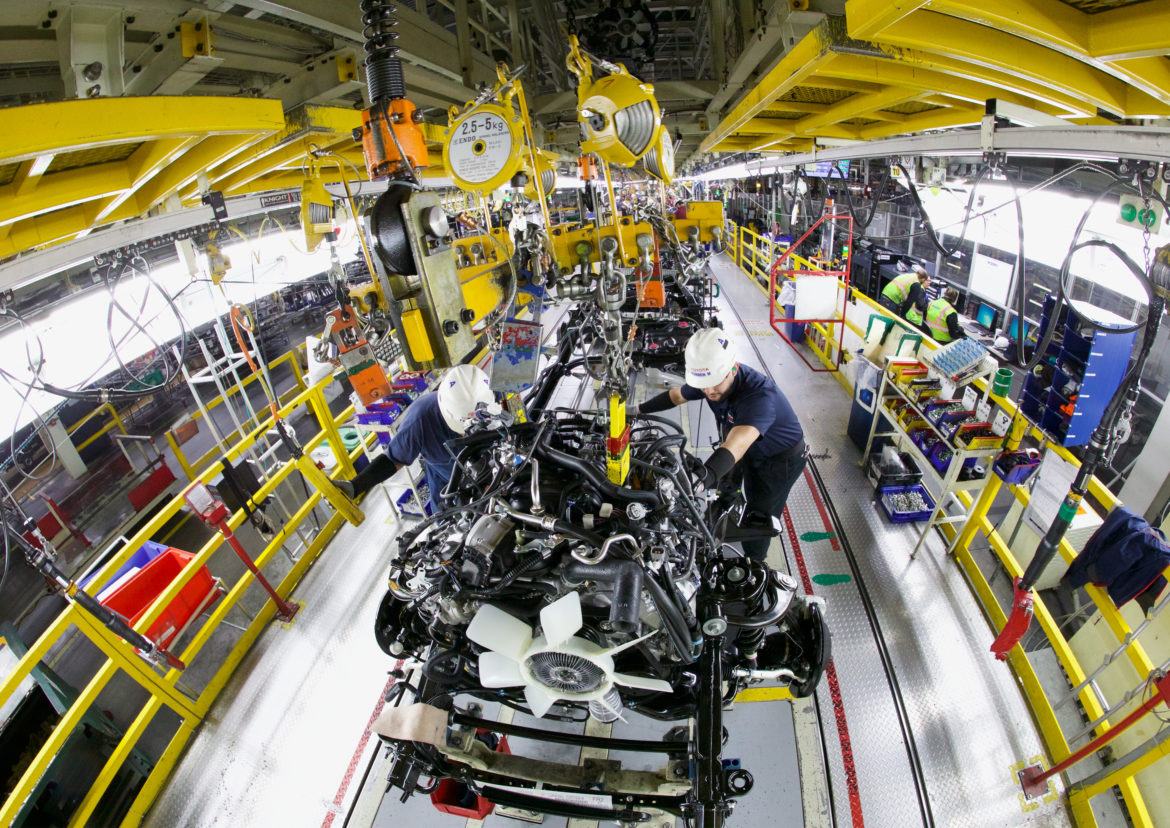 Leah Curry, TMMI Indiana president, says the renovations reached into every corner of the plant as the automaker added robots and new lighting, and made better use of existing floor space to accommodate production of the ’20 Highlander. “We looked at every shop – the paint shop, the body shop and final assembly – and upgraded the tooling,” she says.

The modernization has increased the plant’s capacity by 40,000 units, raising it to 425,000 annually.

Robert Young, TMNA’s group vice president-purchasing, says Toyota also has reached out to its supplier base for help. The new Highlander built in Princeton has more than 4,000 new parts, which required the cooperation of hundreds of suppliers across North America.

While Toyota is leaning heavily on its North American supplier base under its modernization plan, Reynolds acknowledges the automaker isn’t ready to build the powertrains needed for electric vehicles in the U.S.

“If North American demand for EVs develops, we’ll be sure to build them here. We’re not quite there yet,” he says.