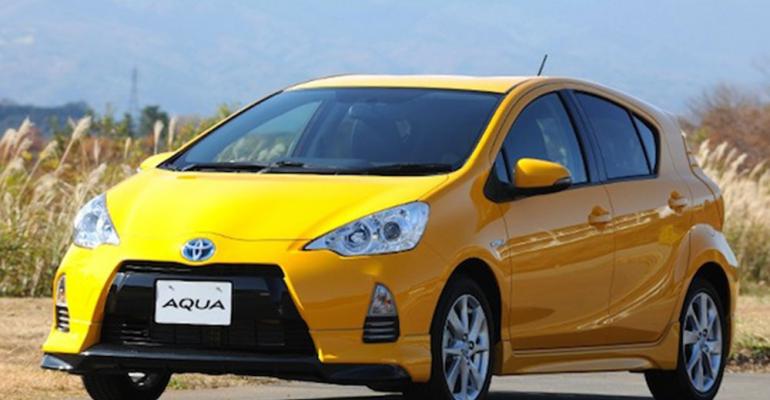 Hybrid deliveries between January and June, not counting Nissan and truck makers such as Hino, grew to more than 892,000 units, up more than 20% year-on-year.

Kia’s 6-month total, mainly on the strength of the Optima Hybrid, was 10,057, down 25%, while sales of Mazda's Axela Hybrid totaled 4,600. The Axela, which employs Toyota hybrid components, came on the market in October.

Mitsubishi sold an estimated 13,000 Outlander plug-in hybrids, up nearly threefold from the previous year when problems with its lithium-ion battery forced the suspension of production for several months after the model's January 2013 introduction. Deliveries through June included 5,500 in Japan and 7,500 in Europe.

Nissan’s global hybrid sales for first-half 2014 were not available, but it moved 8,387 units in Japan and another 3,715 in the U.S, according to WardsAuto data. The automaker offers four hybrid models in the U.S.: the Infiniti Q50 (sold in Japan as the Fuga Hybrid), Infiniti Q70, Infiniti QX60 and Pathfinder Hybrid.

Nissan also sells two other hybrids in the Japanese market, the luxury Cima and Skyline.

Japanese automakers produced 779,689 hybrids during the period, including 604 trucks and 43 buses. Production value, according to Japan's Ministry of Economy, Trade and Industry, totalled ¥1.7 trillion ($174.5 billion).

Toyota produces the Camry Hybrid in Thailand and Australia and the Prius in Thailand and China. The Auris and Yaris hybrids are built in the U.K. and France, respectively.

The Civic now is being produced in the U.S., in addition to Thailand and the U.K. Honda assembles its Fit and Jazz hybrids in Thailand and Malaysia, and the new Accord Hybrid in Thailand.

All Mazda Axela Hybrid sales (4,600 units) were in the Japanese market.