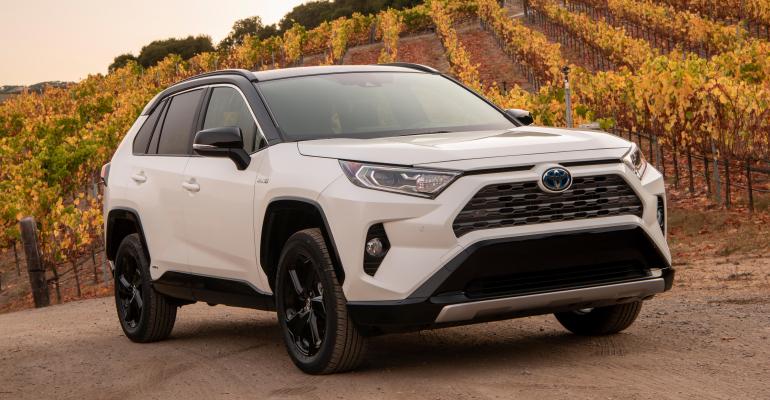 While Corolla sales rose 2.0% through June, CUVs have been hotter and are a surer bet for the near future.

Toyota announces it no longer plans to produce the new-generation Corolla compact car at its forthcoming $1.6 billion joint-venture vehicle-assembly plant with Mazda in Huntsville, AL.

Toyota confirms it now will build a CUV instead, but it did not specify a model. Wards previously reported the automaker is due to assemble a new midsize CUV at the 300,000-capacity plant.

Forecast data from Wards Intelligence partner LMC Automotive shows a new Toyota midsize CUV is due to enter production at the facility in 2022 as a ’23 model. A battery-electric derivative is set to follow a year later.

Mazda, which has thus far not announced any specific model for the new Huntsville plant beyond “CUVs,” is due to assemble a new-generation CX-7 CUV off the same platform, LMC data shows.

While Corolla sales rose 2.0% through June, CUVs have been hotter and are a steadier bet for the near future.

In a statement, Toyota puts the change down to the “growing consumer appetite for light trucks and (utility vehicles) which are achieving record sales,” including Toyota’s own midsize RAV4 CUV which now is the No.1-selling non-pickup light-truck in the U.S. with more than 400,000 sales in 2018.

The Corolla, which will continue to be assembled for the U.S. at the automaker’s Blue Springs, MS, plant, has a 12th-generation sedan that went on sale earlier this year.

Corolla sales rose 2.0% through June – thanks in part to the popular, year-old hatchback derivative of the car. But the car’s Upper Small segment was down 18.5% in the first half of 2019, Wards Intelligence data shows, as Americans continue to eschew cars for light trucks, particularly CUVs.

Toyota notes the new JV assembly plant with Mazda is on track to open in 2021. Huntsville local media reported the hiring process began in March to fill 4,000 expected jobs. The official job listing site for the plant shows 48 open positions, ranging from a bilingual executive assistant proficient in Japanese, to a paint production group leader, to a quality engineering assistant manager.

The plant will have two production lines, which Huntsville ABC affiliate WAAY reports were recently named Apollo and Discovery as an homage to Huntsville being the longtime home of NASA.