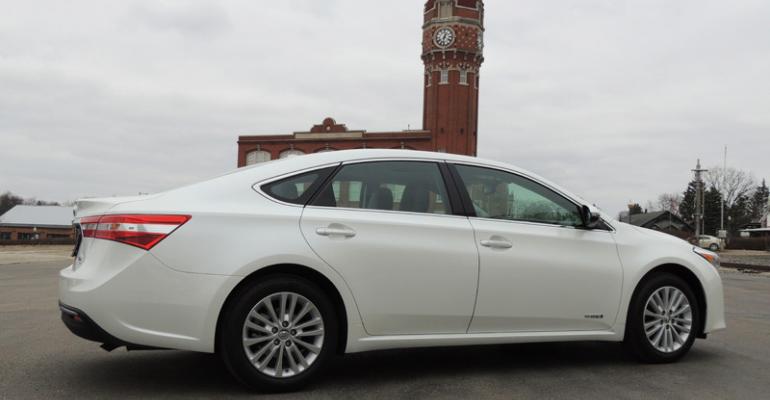 Corolla, Camry and Prius sales, as well as a jump in Lexus cars, propelled Toyota upward in January, as did a higher-than-usual ratio of fleet deliveries.

All brands saw sales rise from like-2012, with most models throughout the lineup recording gains.

“We’re very encouraged that the sales pace we saw last year in the fourth quarter rolled right into January,” Bill Fay, group vice president and general manager, Toyota Div., tells media today in a conference call. “I think we all started the year with a little bit of apprehension” due to threats of an approaching fiscal cliff and higher U.S. tax rates.

Fay credits Toyota’s newest models, the Avalon and Avalon Hybrid, as well as the redone RAV4 cross/utility vehicle, for some of the growth.

January also was a big month for fleet sales, with 17.5% of the Toyota Div.’s 141,514 deliveries made to fleets. Fay says a portion of the fleet bubble was caused by the late start of production for the ’13 Camry, which drove fleet orders for the car into January.

Fay expects Toyota to finish the year with a traditional 8%-10% fleet penetration.

Demand for Toyota-brand light trucks was up across the board in January, with the Land Cruiser the biggest gainer on relatively small volume.

Some 20% of RAV4 sales were the new model, which arrived at dealerships mid month, Fay says.

The ES, GS and LS numbers tempered drops in the CT 200h, IS and LFA lines.

Lexus light trucks were flat, down 0.7% from year-ago, as increases in the gas-only RX and large LX SUV failed to offset declines in the GX and RX hybrid lines.

Scion sales rose almost solely on the strength of the new FR-S. The rear-wheel-drive sports car was the best-selling Scion in January, and accounted for 1,443 of Scion’s 4,893-unit total. The FR-S outsold its twin, the Subaru BRZ, by 980.

Fay says Toyota will raise its 2013 forecast of 14.7 million U.S. light-vehicle sales, but has no new number to announce just yet.

The auto maker will continue to offer low financing and lease deals to lure buyers. Advertising during the Super Bowl and for the upcoming President’s Day holiday also should heighten showroom traffic, Fay says.

“We’re very optimistic our momentum will continue into February,” he says. “We expect the stability in the economy and the pent-up demand, and our new products, to carry us to success in February and beyond.”