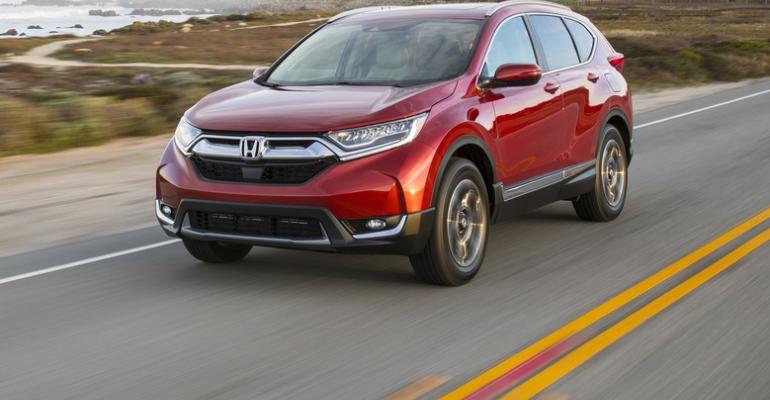 The Japan Big Three each saw declines last month in U.S. sales, largely due to the old culprit of falling car deliveries.

The Toyota brand sold roughly 23,000 fewer cars last month than in September 2017, with declines across all nameplates barring the Yaris.

As has been the case most of the year, Toyota light trucks rose, though by the second smallest amount all year, 5.1%. Wards Intelligence data shows only Toyota’s May 1.6% light-truck increase was smaller, with most monthly gains this year in the 7.0%-10.0% range.

The only other Toyota light-truck to decline last month was the Sienna minivan, falling 17.8% on a DSR basis.

The Tacoma midsize pickup also was a strong gainer, up 28.2%.

At the Lexus luxury brand, the situation was reversed, with cars up and light trucks down.

Lexus car sales rose 4.9% on a DSR basis thanks to added volume from the redesigned LS flagship.

Notable declines at Honda included the Accord midsize sedan and Civic compact car, off 11.5% and 27.2%, respectively. The HR-V continued to slump, down 22.5%, as the small CUV has been impacted by flooding woes at Honda’s Celaya, Mexico, plant.

Acura sales were boosted by the new RDX, resulting in a 60.5% DSR spike for the redesigned midsize CUV.

Impacting Nissan were plunging car sales, with both the Maxima (-69.8%) and soon-to-be-replaced Altima (-25.5%) sedans down. However, like Toyota, Nissan also saw a decline with its top-seller, the Rogue midsize CUV, which fell 8.0%.