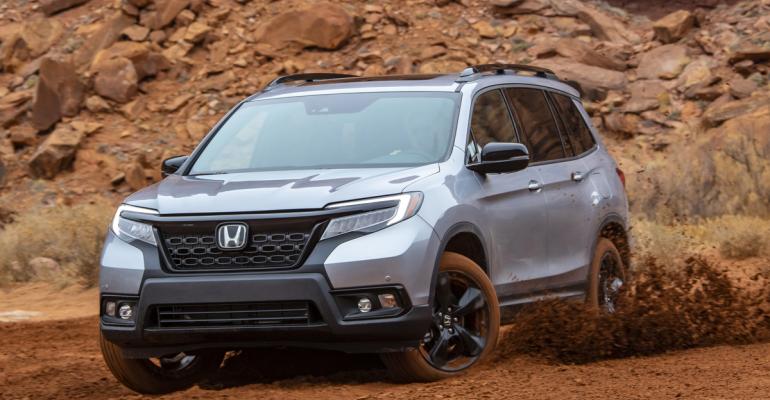 Cars and light trucks fell at Toyota, while Honda experienced a car loss but a light-truck gain and Nissan’s light-truck sales fell more than those of its cars.

Toyota sales fell 5.2% on a volume and daily-selling-rate basis in February to 172,748 units, as both its car and light-truck sales declined.

The No.1 Japanese automaker doesn’t offer a reason for the dip, but a colder and stormier than average winter in much of the country is seen by industry-watchers as a culprit in what is expected to be an underwhelming month for new light-vehicle sales in the U.S.

Declining car sales were responsible for most of Toyota’s total February loss, as Toyota and Lexus Div. cars slipped.

Lexus car sales dipped 1.7%, as losses with the IS, GS, LS and LC nameplates were tempered by a 23.8% increase in sales of Lexus’ best-selling car the ES. The RC coupe also saw an increase.

The Sienna minivan had the biggest loss among Toyota light trucks (-29.6%) but on smaller volume.

Like Toyota, Honda’s car sales fell, down 5.5% last month, but it did post a 2.1% gain in light-truck deliveries.

Honda’s low-volume Fit subcompact car dropped 54.5%, but it was the high-volume Civic C-car’s loss (-11.0%) that made a bigger impact.

In a month when its rival the Camry fell, Honda posted a 2.5% gain in Accord midsize sedan sales.

On the light-truck side, the CR-V midsize and HR-V small CUVs both gained, with the CR-V’s 26,304 sales just edging out the RAV4’s February tally.

Acura’s sales gain was driven by the still-hot new RDX midsize CUV. On sale for nearly a year, the RDX posted a 31.8% climb over its predecessor’s volume year-ago. Acura touts the RDX as the No.3 best-selling model in the U.S. luxury sector in recent months.

The RDX’s 4,965 units sold last month were a February record and the ninth consecutive monthly sales record for the vehicle, Acura says.

The RDX’s big brother, the MDX large CUV, also posted an increase (14.9%), as did the ILX compact car and NSX supercar, offsetting losses by the TLX and RLX midsize and large sedans.

Unlike Toyota, Nissan posted a bigger loss in light trucks (-12.9%) than cars (-9.4%) due to declines by all but three nameplates: the NV large commercial van, Armada large SUV and new Kicks small CUV.

Nissan’s best-selling model, the Rogue midsize CUV, whose sales are combined with the smaller Rogue Sport CUV, dipped 16.3% from like-2018 to 31,899.

Sales of the Murano and Pathfinder CUVs also declined, as did those of the Frontier and Titan pickup trucks.

All of Nissan’s car nameplates, except the subcompact Versa (3.0%), also posted year-on-year losses. The Altima midsize sedan, redesigned late last year, was down 17.7%.

Declines of at least 40% among Infiniti cars, as well as a 25.9% drop in QX30 small CUV sales, were the culprit in Infiniti’s February falloff.