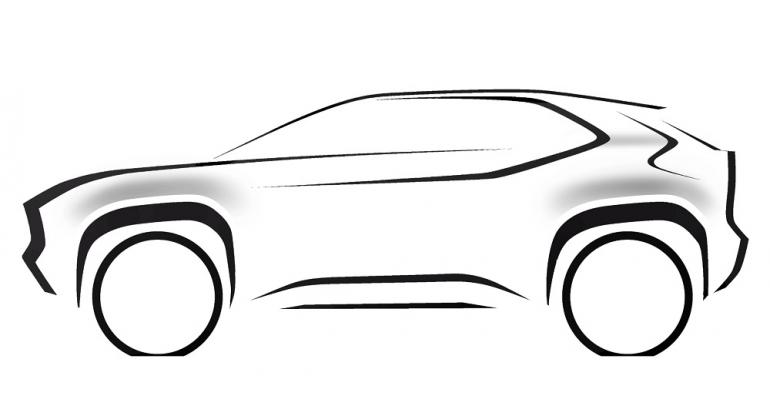 The car will employ a modified version of Toyota’s new GA-B platform which also is used for the new Yaris range.

Toyota publishes a teaser outline of a compact urban-focused CUV it initially plans to bring to the European market.

Announcing the car at an event in Amsterdam, the automaker says it will employ a modified version of its new GA-B platform. The flexibility of the platform, also used for the new Yaris range, means it can accommodate vehicles of different widths, heights and wheelbase lengths. The name of the new model, volume plans and the timing of its introduction will be announced later.

“This model will add to the success of Yaris in Europe and together we expect these vehicles will account for around 30% of the Toyota sales volume in the region by 2025,” says

“You won’t have to wait long to see a final design and you will see that this is not just a Yaris with body cladding and raised suspension, but an entirely new and distinctive model with a compact, dynamic design and a personality of its own.”

The car will be built alongside the Yaris at Toyota Motor Mfg. France in Onnaing, near Valenciennes, France.