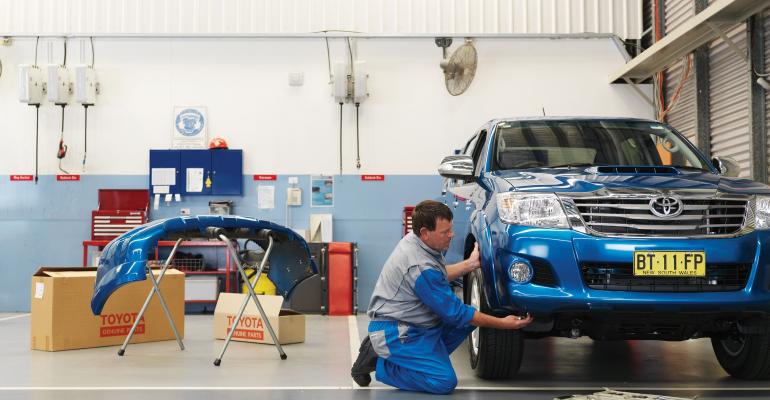 The latest cuts follow price reductions at the end of last year on a range of parts including hoods, fenders, headlamps, fans and steering racks. Toyota says that resulted in a 24% increase in sales.

Toyota Australia cuts the price of key mechanical components 38% as it seeks to fight off imported fakes.

Drivetrain hardware including cylinder heads, engines, transmissions and front-wheel-driveshaft assemblies have gone under the knife, with average pricing reduced across the board.

“Other critical elements like radiators, condenser coolers and compressor assemblies are included in the drive to make Toyota Genuine Parts even more competitive against non-genuine parallel and aftermarket alternatives,” Toyota says in a statement.

The latest cuts follow price reductions at the end of last year on a range of parts including hoods, fenders, headlamps, fans and steering racks.

That resulted in a 24% increase in sales with the automaker saying repairers clearly recognized the quality, safety and even better value delivered by genuine Toyota parts.

“This pricing strategy means repairers can buy genuine (parts) at the right price, knowing the part will fit first time while delivering factory-spec quality to their customers,” Gabriel says in a statement.

Last year Toyota forced an online supplier to recall counterfeit brake pads designed for HiLux and HiAce vehicles that were advertised as genuine Toyota products. The fakes containing asbestos, a substance banned from use in brake pads sold in Australia since 2003, were on the market for two years before Toyota forced a halt.

Gabriel said at the time the supplier selling the fake brake pads was believed to be selling other counterfeit parts including spiral cables, water pumps and wheel bearings.