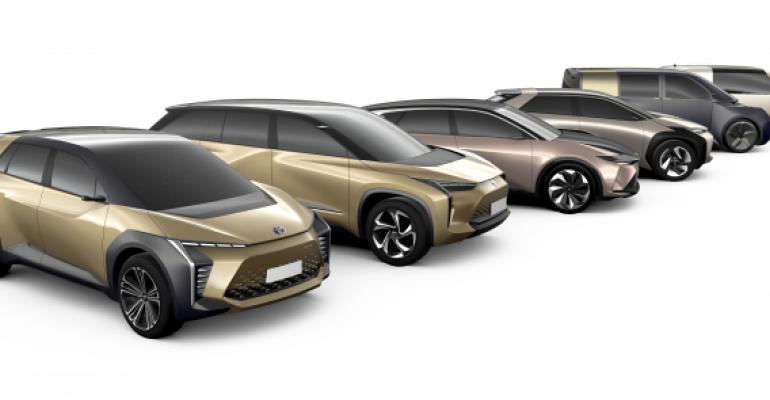 The automakers say the move will help establish and promote a long-term partnership for promoting collaboration in new fields, including autonomous driving.

Suzuki plans to acquire, through purchase in the market, shares in Toyota equivalent to ¥48 billion ($453.4 million).

The share acquisitions will be implemented after the automakers obtain approvals from foreign-competition authorities.

The companies say the move will help establish and promote a long-term partnership for promoting collaboration in new fields, including autonomous driving.

The two automakers began discussing a business partnership on Oct. 12, 2016, and since then have continued to consider specific details.

They announced in March they would begin specific considerations to engage in joint product development and collaboration in production, in addition to promoting the mutual supply of products.

The automakers say in a statement they intend to achieve sustainable growth by overcoming new challenges surrounding the automobile sector by building and deepening cooperative relationships in new fields while continuing to be competitors.

“Specifically, to take up challenges together in this transitional era, the two companies plan to establish and promote a long-term partnership…promoting collaboration in new fields, including autonomous driving,” the statement says.

Suzuki joins a growing list of partnerships for Toyota, which already holds a 5.1% stake in Mazda, a 16.8% stake in Subaru and 100% of Daihatsu.