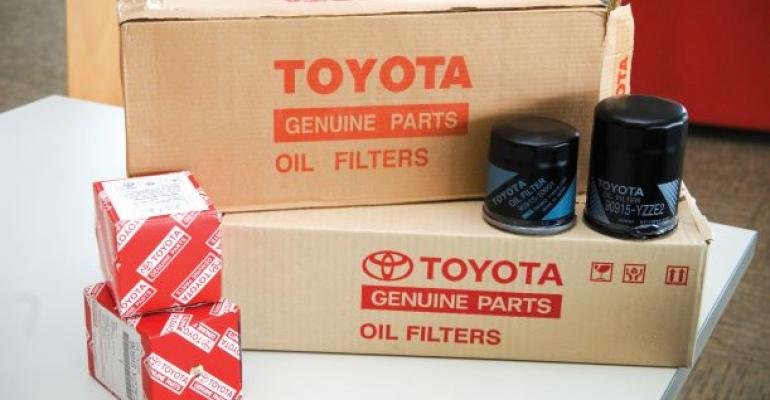 The fake products that have been intercepted range from bogus badges and floormats to unsafe counterfeit brake pads.

Toyota reports it has halted more than 100 incidents of counterfeit parts and accessories being sold in Australia in the past two years.

“Our brand-protection team works closely with the Australian Border Force to train their officers to identify and stop shipments of counterfeit parts and accessories from entering Australia,” Bott says in a statement.

“We always try to determine the source of the counterfeit parts and work closely with Toyota affiliates overseas to stop the parts at the source.”

The brand-protection team also monitors the market for counterfeit parts, including online stores such as eBay, then investigates offending businesses and acts to stop them.

“Based on our monitoring and investigations, we have found that if you buy online and it is not from an authorized dealer, there is a 35% chance you are buying a counterfeit part,” Bott says.

“Counterfeit parts are often packaged up to look like genuine Toyota parts with Toyota's logo, but they have not been designed, developed or tested for Toyota vehicles or to safety standards,” Bott says.

Using counterfeit parts could cause expensive damage that won’t be covered by the manufacturer's warranty.

Bott says the only way to guarantee the parts are genuine is to source them from one of Toyota Australia’s national network of more than 285 authorized dealers.

Along with costing the automotive industry millions of dollars each year, counterfeit automotive parts also present a huge risk to public safety.

In October, the Global Brake Safety Council expressed concerns about the infiltration of fraudulent brakes, saying counterfeiters are jeopardizing motorists’ safety with brake pads and other parts that can lead to malfunction or complete brake-system failure.