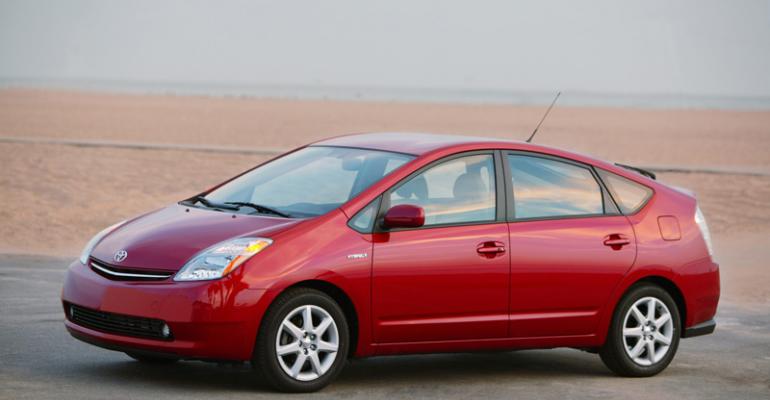 Money will go toward Toyota vehicle owners in the U.S. who claim lost resale value, and also will be used to retrofit models with a brake override system or reimburse complainants whose cars cannot be retrofitted.

Toyota will pay at least $1.1 billion to settle a class-action lawsuit related to its sudden- acceleration scandal of 2009 and 2010, in what reportedly is one of the auto industry’s largest civil settlements in history.

Money will go toward Toyota vehicle owners in the U.S. who claim a lost resale value due to the scandal, and also will be used to retrofit models with a brake override system or reimburse complainants whose cars cannot be retrofitted.

Although the auto maker says it has scientific proof of the safety of its vehicles and components, specifically its electronic throttle-control system, Toyota says the settlement will help the company move forward.

“We concluded that turning the page on this legacy legal issue through the positive steps we are taking is in the best interests of the company, our employees, our dealers and, most of all, our customers,” Christopher P. Reynolds, general counsel for Toyota Motor Sales U.S.A. and chief legal officer-Toyota Motor North America, says in a statement.

Toyota recalled more than 12 million vehicles worldwide between 2009 and 2010 over issues of unintended acceleration after a fiery crash in late August 2009 killed a California highway patrolman and his family near San Diego.

The officer was driving a loaner Lexus ES from a dealer who later was found to have used improperly sized floor mats, trapping the accelerator pedal.

Toyota recalled a number of Toyota- and Lexus-brand models over the accelerator-mat entrapment issue, as well as for sticky accelerator pedals that were found to stay compressed or not return properly. The auto maker maintains these problems caused sudden acceleration in some of its vehicles, as well as drivers who accidentally applied the throttle instead of the brakes, known as pedal misapplication.

Details of the settlement, awaiting approval as early as tomorrow by U.S. District Judge James Selna in Santa Ana, CA, include $250 million to be set aside for owners who sold their Toyota vehicle between Sept. 1, 2009, and Dec. 31, 2010, and claimed loss of value due to the unintended acceleration recalls.

Another $250 million will compensate owners of vehicles that are not eligible for installation of a brake-override system. These payments will be between $37 and $125 per class-action lawsuit member, according to details of the settlement.

Toyota also will launch a warranty for owners of 16 million vehicles that are alleged to possess parts causing issues of unintended acceleration.

The settlement does not apply to all litigation related to the unintended-acceleration issue. Personal-injury and wrongful-death lawsuits still are pending, with some reportedly scheduled for trial as early as January.

News of the settlement comes while Toyota says it is regaining its footing in the global auto industry following the unintended-acceleration scandal and fallout from 2011’s earthquake and tsunami in Japan.

The auto maker is targeting a record 9.91 million vehicle sales worldwide in 2013, including sales from its Daihatsu and Hino subsidiaries.

Toyota expects to sell 9.7 million vehicles worldwide in 2012, which would make it the No.1 auto maker by volume, topping General Motors.

Toyota Back From Brink With New Models, Brighter Outlook
Nov 28, 2012