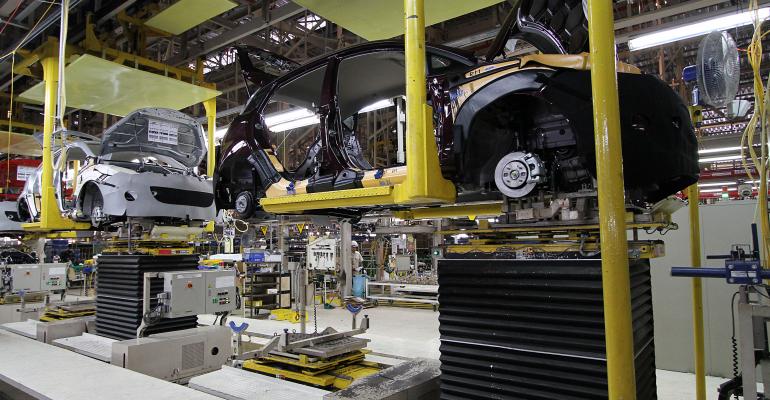 The government has launched a &ldquo;Friends Help Friends&rdquo;&#39; project under which laid-off workers could be employed for two to three months at facilities in provinces spared from the flooding.

The Thai government says 39 auto-parts manufacturers in flood-stricken industrial zones have announced they have gone out of business, leaving 10,957 workers jobless.

“What I am concerned about now is a possible worker shortage problem,” he says. “This is because some workers might not return to work due to concerns that the factories might be flooded and closed again.”

The Labor Ministry has launched a “Friends Help Friends”' project under which laid-off workers could be employed for two to three months in provinces that were not hit by the flooding.

Meantime, Energy Minister Pichai Naripthaphan says manufacturers hit by the flooding should consider relocating to other Thai industrial parks instead of moving to other countries.

Pichai tells The Nation newspaper he is confident Thailand remains attractive for investors in comparison with other Association of Southeast Asian Nations members.

The Thai Board of Investment says Thailand remains a desirable venue for foreign investment, with 828 projects (up 20% year-on-year) valued at TB281.75 billion ($9.1 billion) – up 51% from like-2010 – applying for investment privileges.