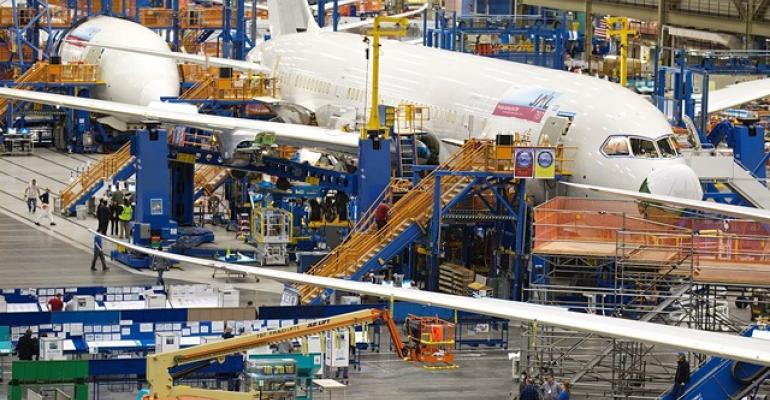 There are challenges, executives from the aerospace sector say, but the opportunity is there for auto suppliers looking to make the leap.

Thailand possesses one of Asia’s best-established automotive manufacturing bases, with a robust Tier 1 and 2 supply chain that has grown in maturity to the extent locally built cars now are exported to developed markets around the world.

Having evolved well beyond the “print and build” stage, the door now is open for automotive suppliers to leverage their knowhow into other industries.

The aerospace sector is a potential next step for Thai parts makers, as evidenced by a recent matchmaking seminar put on here by Thailand’s Board of Investment designed to introduce local manufacturers to European aviation companies.

The time is right for automotive companies to take a close look at the aviation industry, Andrea Spiriti, president of the Italian Aerospace Network, a consortium of Italian aviation manufacturers, tells conference attendees.

“We think the Asian market is now the most important market today and for the future of aviation,” he says.

“China is the fastest growing country in the aerospace industry in the world,” he says, adding that the ASEAN region also should be on every supplier’s radar.

Tellier notes an aircraft has around 2,000 suppliers, compared with a little over 100 for a car, meaning more opportunities to enter the supply chain. The components also have much greater value.

“From raw material to final parts, manufacture of aerospace parts is complex and high value-added,” he says.

The extended lifecycle of an aircraft means the same part can be manufactured for a long time, Tellier says, pointing to a less than 10-year span for an automotive component compared with 40 years for aircraft parts.

That clearly provides suppliers with a solid business case for making required investments, but the barrier to entry is much higher in terms of certification and regulatory requirements.

Automotive is concerned with an extremely high level of consistency with high volumes and extreme cost-cutting measures, Tellier says. By contrast, aviation sees its suppliers more as partners and relationships are long-term.

“(The) aerospace industry plans in a long time horizon, meaning the demand in the whole supply chain is stable and predictable,” Tellier says. “For engine manufacturers, (some of) what they will produce in the next seven years (is) already sold, so clearly (the industry is) more stable than automotive.”

Spiriti also emphasizes the differences, pointing out automakers will assemble hundreds of cars a day on a single line, while aircraft producers build a hundred planes a year. Development time also is much longer in aerospace, he says, and aircraft are subjected to rapid temperature changes and undergo more frequent service intervals.

But while the methodologies and requirements are different, the Thai auto sector is well positioned to step into aerospace, Spiriti contends.

Becoming an aero sector supplier is a ‘badge of honor’ that could help Thai auto sector companies when bidding against rivals for automotive OEM contracts. Suppliers are told to aim low, perhaps entering the sector as Tier 2 or 3 participants, then climb to Tier 1 status.

“There’s the opportunity to enter at the bottom of the pyramid and work upwards,” Spiriti says, pointing to others such as Fiat, MV Agusta and Golden Car that successfully followed that route into the aerospace industry.

Tellier sees the process of first being centered on developing awareness of the aviation industry and then “getting to the right level” by acquiring aerospace certification 9001, a process he says takes three months to a year.

In practice though “customers will work with you for two to three years to reach the standards and will add on their own standards above 9001,” he says.

Some Thai automotive suppliers in more commodity sectors, such as seat covers, already have picked up aerospace contracts.

Thai suppliers should “group your efforts with other manufactures to mutualize cost and resource,” Spiriti says, adding “it’s much more interesting for a customer if five or six suppliers in one area are capable.” Developing a Thai aerospace manufacturing hub is one possibility.

“In the next 20 years, growth of Asia will be bigger than the rest of the world,” he says. “Thailand has a footprint of a well-developed automotive sector and clearly the two (industries) have (similarities) and (Thailand has many) automotive resources.

“Thailand also has universities that develop aviation – that’s a strength over the neighbor (countries),” Spiriti adds.