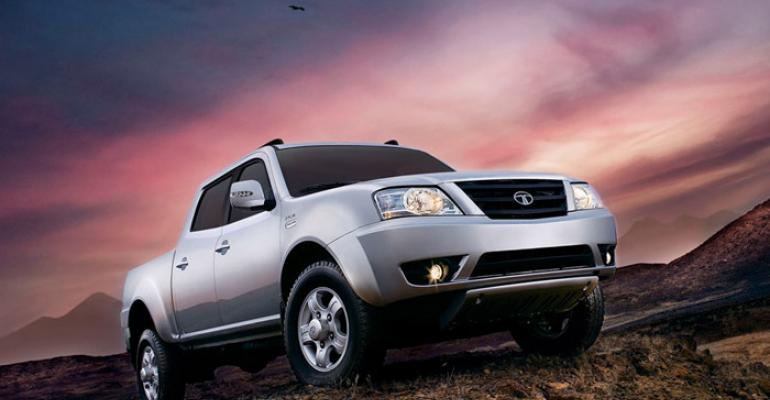 Tata Aims to Build on Recent Truck Gains in Thailand

Assembly will begin at the Bangchan General Assembly plant after installation of equipment at a cost the Bangkok Post puts at TB500 million. The plant will have a capacity of 8,000 Tata Xenon pickups and 2,500 Tata Super Mint pickups.

Indian automaker Tata is moving production in Thailand as part of a company reset that aims to increase its Thai sales 83% this fiscal year to roughly 3,000 units.

With a 10-year contract up at the Thonburi Automotive Assembly Plant in the south of Bangkok, Tata has signed a renewable 5-year pact with the Bangchan General Assembly plant, 20 miles (34 km) west of central Bangkok.

Since its opening in 1970, Bangchan has been the home to assembly operations for 14 brands.

Production will begin at Bangchan after the installation of assembly equipment at a cost the Bangkok Post puts at TB500 million ($14.5 million). The facility will have a capacity of 8,000 Tata Xenon pickups and 2,500 Tata Super Mint pickup trucks in a 1-shift operation.

The automaker says its Tata Super Ace line will be assembled in both right-hand and left-hand drive versions.

“Fiscal-year 2017 is a big step for the company’s future – we are making announcements for exciting new models as well as assembly upgrades and initiatives, new investment for the Super Ace Mint small truck and emerging opportunities that will deliver profitable and sustainable growth in Thailand.”

“Our goal is being a full-range trucking solution provider, and we will be the only player in the entire commercial-vehicle segment.”