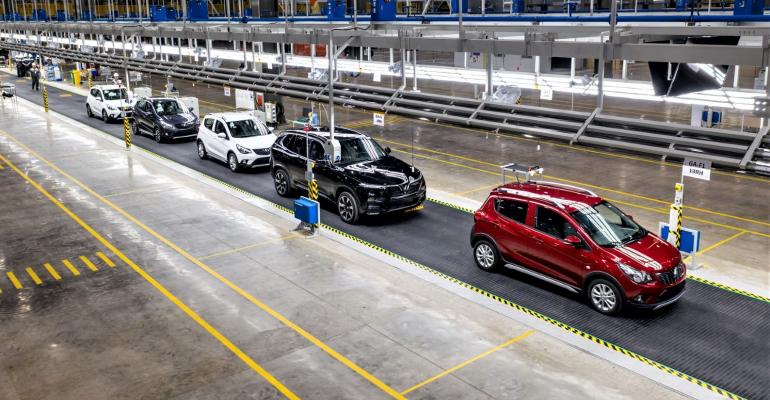 A sharp increase in imports of cars into Vietnam has underlined how the southeast Asian country of 96 million people could become a major auto market, especially as Vietnamese drivers move from motorcycles to cars.

At present, the motorcycle is king in Vietnam. The Vietnam Association of Motorcycle Manufacturers says 3.4 million motorcycles were sold there in 2018 alone. But with economic growth of 6.6% and 6.5% projected for 2019 and 2020 according to World Bank figures, increasing per-capita gross national income from today’s $2,400, market researchers predict Vietnam car sales may rise fast.

Optimism is being fueled by the fact that 109,000 cars worth $2.4 billion were imported in the first nine months of 2019, up 167.8% and 157% year-on-year in volume and value, respectively. Frauke Schmitz-Bauerdick, director-Vietnam at Germany’s trade and investment promotion agency GTAI, says this shows Thailand- and Indonesia-based manufacturing is overcoming protectionist measures erected by the Vietnamese government to protect local output, despite the fact all three countries are part of the Association of Southeast Asian Nations (ASEAN) trading block.

Thailand exported 62,356 vehicles to Vietnam in January-September, accounting for 58.2% of total import volumes into Vietnam, while Indonesia supplied 31,892 units, accounting for 30% of the total.

Sales growth comes despite Vietnam effectively halting importation by implementing Decree 116 in January 2018, which was, in turn, meant to shield local assembly against the impact of the ASEAN Trade In Goods Agreement that from the same day eliminated what had been 30% import tariffs for completely built-up cars from ASEAN countries.

Decree 116 immediately imposed new red-tape restrictions, ensuring that each imported model needs a vehicle type approval-certification proving conformity with local regulations. Another sticking point is the requirement that one car of each model of each shipment must undergo safety and emission testing in Vietnam, with the rest of the shipment obliged to be warehoused until the completion of the testing process. This task initially took up to two months to complete due to a testing backlog.

“The surge we are seeing this year shows that the Japanese and Korean carmakers are now relatively easily fulfilling Decree 116, unlike the Europeans, who are still struggling,” Schmitz-Bauerdick says.

Schmitz-Bauerdick notes that while Japanese and South Korean brands (below, left) are getting through the Decree 116-related procedures in around two weeks – thanks to Thai authorities quickly crafting required certifications and a certain degree of flexibility on the Vietnamese side – the Europeans still need four weeks or even longer to clear their imports from European plants.

Despite Vietnam being the fastest-growing economy in the region, it still has one of the lowest car ownership ratios in the world, with only 31 registered motor vehicles per 1,000 people in 2017, compared with 897 in Malaysia, 548 in Thailand and 498 in Indonesia, according to ASEAN data.

Predictably, the import surge has been accompanied by domestic automobile production and assembly leveling off. Vietnam automobile output fell marginally from 258,733 units in 2017 to 258,116 in 2018, while the first half of 2019 booked 131,089, according to reports by state newspaper Vietnam News.

Indeed, local assembly performance is mixed, with data from the Vietnam Automobile Manufacturers Assn. as compiled by automotive industry data source MarkLines showing  Toyota and Ford saw sales of their locally assembled cars surging 42.4% and 69.1% year-on-year, respectively, in January-August, whereas the Truong Hai Automobile Corp., the local assembling partner of Kia, Mazda and Peugeot, suffered a drop of 13.2% in the same period.

“Manufacturing or importing has for years been the big question for the Vietnamese government, and to balance the ratio of import and local manufacturing, the local makers must raise quality while reducing the price,” says Nguy Xuan Anh, managing director of Vietnam-based NIM Consulting Group.

“The government will help by completing and simplifying policies, amending tax regulations and giving special offers for automotive projects, especially involving vehicles under nine seats with prospects for exporting,” she adds. 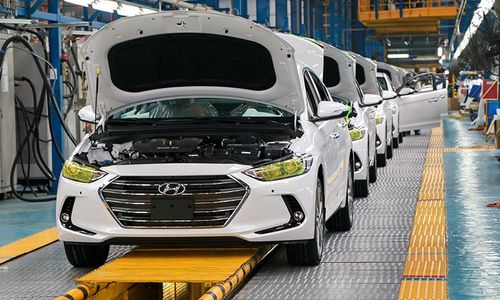 One wild card is the potential success of Vietnamese conglomerate Vingroup, which began commercial production of Vietnam's first homegrown automotive brand, VinFast, in June after just two years of preparation.

VinFast’s first passenger car, the Fadil, as well as the SA2.0 SUV and LUX A2.0 sedan, are based on technology licensed from Opel and BMW, respectively, with Austrian contract assembler Magna Steyr and Germany’s Bosch, Siemens and ZF Friedrichshafen being on the Vietnamese company’s list of international partners.

However, VinFast’s prospects in its home market are seen as uncertain. “From what I hear from locals, it will take some time for VinFast to become a serious competitor to major foreign brands for buyers,” says Dennis Lien, director of multinational adviser YCP Solidiance’s Vietnam office.

“Its models are priced rather close to their Japanese and Korean counterparts, and as a new local brand, trust in the VinFast brand has not been established yet against historically trusted brands like Toyota, despite the acquired foreign technology.”