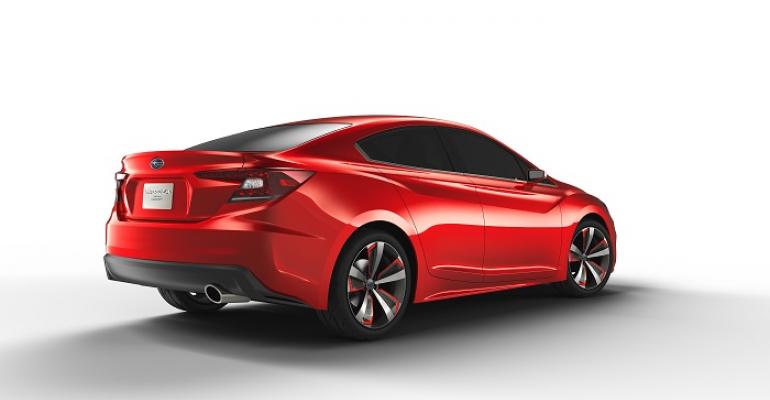 Subaru Set for Another Record Year, But One Starting Slow

&ldquo;Particularly now as you get into January and February, these next couple allocations are going to be on the weaker side,&rdquo; Subaru&rsquo;s U.S. COO says of expected low inventory.

DETROIT – The juggernaut that is the Subaru brand had its eighth straight year of sales increases in the U.S. in 2015, no thanks to low inventory.

“Our biggest issue still is we just don’t have enough cars,” Tom Doll, chief operating officer-Subaru of America, tells WardsAuto here in a recent interview. “Clearly you could probably see in the fourth quarter we actually lost sales…our share actually came down over the fourth quarter simply because we didn’t have the vehicles to sell.”

Subaru closed out December with just a 17 days’ supply of vehicles, down from 20 year-ago and well off the 61 days’ industry average late last month, WardsAuto data shows.

Doll blames holiday downtime in November and December for low inventory, an effect that will carry over into the early months of 2016.

“Particularly now as you get into January and February, these next couple allocations are going to be on the weaker side,” he says, indicating share again may suffer.

The automaker has been working to fulfill the growing desire Americans have for its cars and light trucks, but progress has been slow.

Short of overtime, Subaru has had to wait for capacity expansion initiatives to take hold.

Later this year marks the end of its contract with Toyota to build Camrys at its Lafayette, IN, plant, allowing Subaru to build 100,000 more units annually of its Legacy sedans and Outback CUVs.

Also this year the automaker is expected to complete a capacity expansion that will allow another 100,000 units, slated to be Impreza compact cars, to be built on the former Camry line, boosting the line’s capacity to 200,000 and total plant straight time capacity to 400,000.

But with the brand this year set to surpass 600,000 U.S. sales, and 1 million global sales, those expansion plans still may not be enough.

However, a Subaru spokesman says the automaker is not yet ready to commit to more capacity, either in the form of another Lafayette expansion or a new plant elsewhere, just yet.

Purchasing Mitsubishi’s soon-to-be-shuttered Normal, IL, plant is a non-starter, the spokesman says, implying turning an older plant into one specialized to handle Subaru’s unique processes and machinery is as expensive a proposition as building new.

As has been the case during Subaru’s previous years of growth, the brand last year still saw the highest number of trade-ins from the Toyota and Honda brands.

Perhaps defying logic, as all auto brands selling in the U.S. need to meet government-mandated vehicle-safety regulations, Doll says safety is a big draw for buyers new to the brand.

Also bringing in customers new to Subaru are high residual values and all-wheel drive without a lesser gas penalty.

“You don’t get the fuel-economy disadvantage as with other AWD products out there,” he says of the brand’s nearly-all-AWD lineup (only the BRZ sports car is not AWD).

The Subaru buyer of today is different than the one of eight years ago, in that he or she is more apt to buy a Subaru for family reasons than as an extension of their outdoorsy lifestyle.

“They have the same soul (as Subaru buyers of yesteryear), but what they’re looking for is just a little bit different because they purchased mainstream cars before,” Doll says.

Newer Subaru buyers still are as affluent as loyalists, with the COO noting Subaru typically doesn’t incentivize its models.

“The types of customers we’re getting, they’re probably more of (the) better customers (of the brands we’re conquesting) you could say.”

Turning the new Subaru buyer into a loyalist is a challenge Subaru is facing going forward, Doll says.

“You want to make sure they have the best possible ownership experience they possibly can, so they stay with us.”

To that end, Subaru has been beefing up its dealership service departments through its fixed operations expansion (FOX) initiative, a Subaru-funded cooperative to renovate and expand service operations at some of its 620 U.S. dealers.

About 45% of dealers are signed up for the program and one-third have completed it, the spokesman says.

“Those dealers are guaranteed a return on service for the cars they sell now, so they will have three times as much service work as they had five years ago by doing nothing, because there’s three times as many cars out there to get serviced, so their business is in much stronger shape,” he says.

Subaru Hitting on All Cylinders With All-Wheel Drive
May 21, 2015