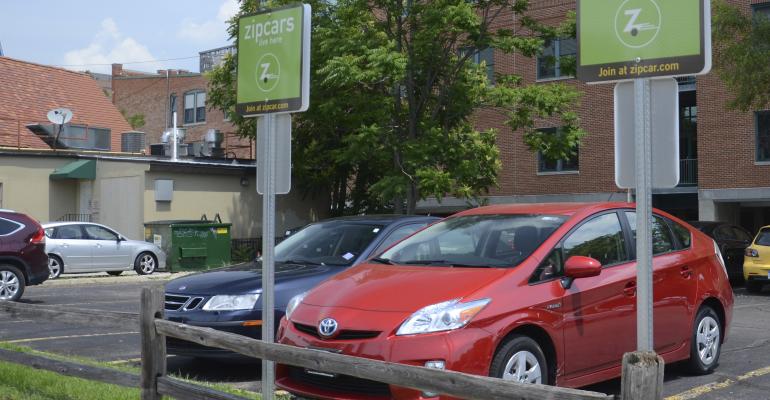 Eighty percent of respondents say owning or leasing a vehicle provides a sense of freedom.

Ride and car sharing is not dangerous to the health of the auto industry, according to a new study.

It says that despite their growth, ride-sharing services such as Uber and Lyft and car-sharing companies such as Zipcar and Car2Go don’t pose an imminent threat to new-car buying and vehicle ownership.

Some quarters have claimed a threat looms but it’s too early to say how bad it will hurt vehicle sales.

Commissioned by Kelley Blue Book and conducted by Vital Findings, the study says transportation-sharing services mostly are used in lieu of taxis and rental-car companies, not in place of possessing a vehicle.

Eighty percent of respondents agree at various levels that owning or leasing a vehicle provides a sense of freedom and independence. It’s also something of a status symbol: 62% somewhat or completely agree possessing a vehicle gives them a sense of pride or success.

“While there are numerous benefits to ride sharing and car sharing, our data reveals that owning a car still reigns supreme,” says Karl Brauer, senior analyst for Kelley Blue Book.

Nearly one in four of those surveyed say they would consider car dealerships as a potential ride-sharing provider. That compares with 16% for automakers and 14% for tech companies.

Some automakers have formed alliances with ride-sharing providers, such as a recent General Motors-Lyft partnership.

In saying Ford wants to become not just an automaker but also a mobility company, Ford CEO Mark Fields cites Zipcar as an “innovator.”

Nearly three-quarters of respondents know of ride sharing, but only 16% have actually used it. Millennials and city dwellers use it the most.

Forty-three percent of respondents are aware of car sharing, but only 7% avail themselves of it.