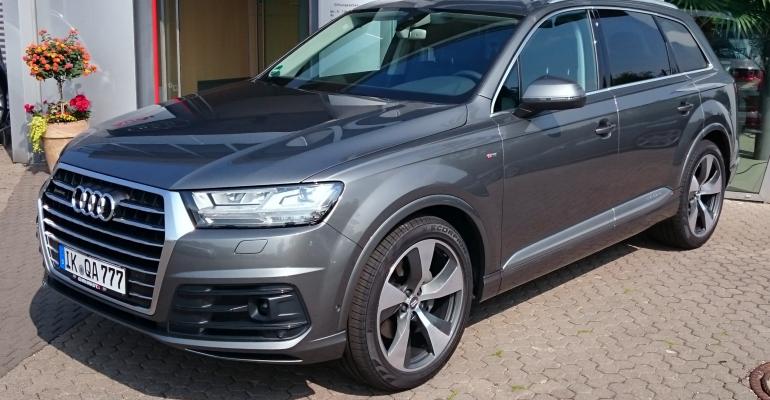 Audi Russia&rsquo;s sales for the first eight months of 2015 totaled 16,359 cars, down 29.4% year-on-year, WardsAuto data shows. Deliveries by rival luxury automakers BMW and Mercedes-Benz fell 21.1% and 8.6%, respectively, in the period.

ST. PETERSBURG – Audi Russia, its sales falling along with the rest of the country’s automotive market, reshuffles its top management.

Achim Saurer, who has headed the Volkswagen-owned luxury automaker for only a year, is replaced by Marcus Osegowitsch, head of Volkswagen Group Rus, as well as Axel Albrecht, head of Audi’s sales department in Eastern Europe.

Spokesman Saul Tayshanova says Osegowitsch and Albrecht jointly will lead Audi Russia at least through year’s end. Tayshanova does not disclose the reasons for the changes but says they are not related to the scandal engulfing parent VW over falsified diesel-emissions tests.

Sources indicate the moves stem from Audi’s poor sales performance in Russia and dissatisfaction with the automaker’s marketing strategy in the country.

Audi Russia’s sales for the first eight months of the year totaled 16,359 cars, down 29.4% compared with year-ago, WardsAuto data shows. By contrast, deliveries by rival luxury automakers BMW and Mercedes-Benz fell 21.1% and 8.6%, respectively, in the same period. The sales decline has curtailed Audi’s plans to grow its share of the Russian market to between 2% and 2.5% this year.

The automaker looks to regain lost ground with the new-generation Q7, which Saurer has said is expected to become Audi’s leading model. The CUV with a 3.0L turbocharged diesel engine launches in several weeks, followed next year by another version with 4.2L turbodiesel.

Audi hopes the new Q7 will remain popular among the affluent Russian buyers who have kept luxury-car demand stable despite the country’s ongoing economic crisis and overall slump in light-vehicle sales, which were down 33.5% through August.

The automaker says it has no immediate plans to resume assembly of Q5 and Q7 CUVs and A7 hatchbacks from semi-knocked-down kits at the VW plant in Kaluga.