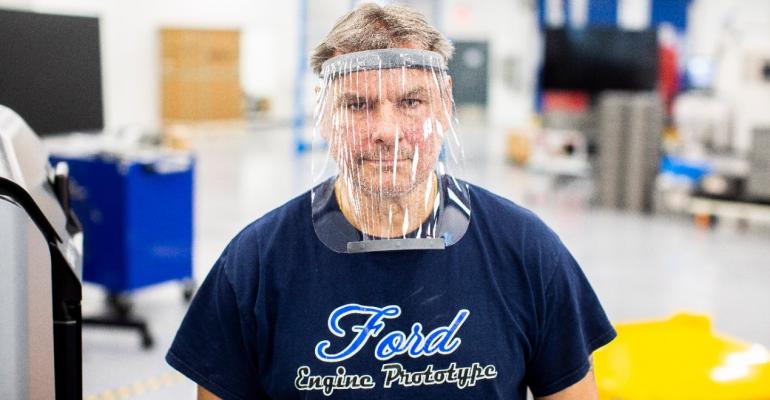 J.D. Power dropped the low end of its full-year, new-vehicle forecast to just 12.1 million light vehicles, while it maintained the high end at 14.8 million. Before COVID-19, the company predicted 2020 sales of 16.8 million.

As “stay-at-home” orders have spread across the map, the worst-case scenario for U.S. new-vehicle sales has dropped accordingly, with some major markets falling more than 90% in the short term, according to J.D. Power.

"It’s not a great shock as to what’s driving this," Tyson Jominy, J.D. Power vice president for data and analytics, said in a Wednesday webinar.

Accordingly, J.D. Power dropped the low end of the range for its full-year, new-vehicle forecast to just 12.1 million light vehicles, while it maintained the high end of the range at 14.8 million.

In some states, like New York, dealers also are permitted to keep sales operations going on a limited basis, with showrooms closed to the public, and as much business as possible conducted online. Deliveries are performed with as little in-person interaction as possible.

According to J.D. Power, 25 states have full or partial bans on auto sales, and five states — Michigan, Pennsylvania, Washington, Kentucky and Hawaii — for now do not allow even digital sales.

The result over the previous week was, “near total cessation of sales” in the New York City, Philadelphia, Detroit and Pittsburgh metro markets, based on data from the Power Information Network.

Thomas King, president of the Data and Analytics Division at J.D. Power, said the company’s current forecast assumes business would be back to near-normal in July. But even then, he said he expects consumer demand wouldn’t fully recover until next year.

Meanwhile, pent-up demand could produce some strong sales months in the second half, he said. “We’re going to see what looks like a lot of good news,” King said. “But it may just be catch-up … until we get to the end of the third quarter, the beginning of the fourth quarter.”