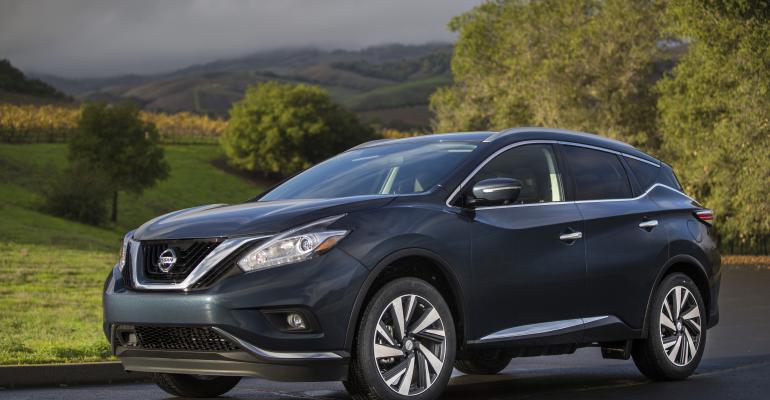 Trucks have become so popular that January marked the third consecutive month combined sales of CUVs, SUVs and pickups accounted for more than half the U.S. market, the first 3-month stretch that ever has happened.

Economic and market indicators point to U.S. light-vehicle demand improving over the rest of the first quarter from January’s 16.6 million-unit seasonally adjusted annual rate and creating good momentum into the second quarter, which typically is the high-volume period of the year.

However, there are some potential limiters that could keep Q1 sales from rising and perhaps impact Q2.

First, North American light-vehicle output is forecast to increase by 3.1% in Q1 from year-ago, but that would be higher if not for several truck plants tooling for new products. The changeover slowdowns partly are responsible for lean inventories, though not the major cause.

While car inventory is ample enough that some plants are undergoing short-term shutdowns in Q1 to control stocks, truck plants are not keeping up with the market in some cases. Inventory shortages could be related to the fast run-up in truck demand, with LV penetration approaching record highs following 22 consecutive months above 50%.

Even with gas prices slightly on the upswing after several consecutive monthly declines, demand for trucks is not expected to slow. In fact, although low pump prices certainly are accelerating growth, truck penetration already was rising prior to Q3 2014 when fuel prices began a precipitous decline.

Further proof of the surge in light trucks lies with CUVs, SUVs and pickups.

Vans have been part of the growth, but trucks have become so popular that January marked the third consecutive month combined sales of CUVs, SUVs and pickups accounted for more than half the U.S. market, the first 3-month stretch that ever has happened.

Previously, there were only three individual months when that occurred – once each in 2003, 2004 and 2005. In each of those cases, the mix was skewed upward for those segments due to excessive incentive activity. Also, in those previous occurrences, pickups and SUVs carried the load; now CUVs are the primary driver.

But the surge in trucks, especially CUVs and pickups, could be causing some supply issues.

January inventory of Middle CUVs, the largest light-vehicle segment, was down 6% from year-ago. The shortage includes several recently redesigned hot sellers, such as the Hyundai Santa Fe, Subaru Forester and Outback and Toyota RAV4 and Highlander, and some long-time segment leaders, including the Chevrolet Equinox, Ford Escape, GMC Terrain and Honda CR-V.

Furthermore, last year Nissan began shipping Rogue CUVs to North America from South Korea to augment local sourcing and recently revealed it will increase imports to meet rising demand, even though inventory is over 50% above year-ago levels.

Nissan also has a temporary shortage of the Murano, redesigned for the ’15 model year and still undergoing a production ramp-up at the Canton, MS, plant. Canton now is the global source for Murano. The previous iteration for North America was imported from Japan.

Ford is short of Edge mid-CUVs, as it sells off the current version prior to a redesigned ’16 model coming this spring.

Hefty sales and market share increases have left inventory of pickups down 5% from year-ago.

Part of the reason is Ford tooling for the new F-150 large pickup, but FCA US (formerly Chrysler Group), Nissan and Toyota also are below year-ago levels in large pickups, and General Motors, the biggest seller in the segment, is nearly flat with like-2014.

There are potential offsetting factors in the product mix that could help sales maintain their upward movement in the near term.

Inventory in the Small Pickup segment is well above year-ago coming into February, but January’s 55% year-over-year sales increase could have been bigger if GM dealers had more stock of the new Chevrolet Colorado and GMC Canyon. However, production is being accelerated with the addition of a third shift at GM’s Wentzville, MO, plant.

Worth noting is the two other major players in Small Pickups, Toyota and Nissan, have stocked dealers well above year-ago levels despite having older product. Both combined for a 1.4% sales increase in the segment for all of 2014, but their sales over the last six months, largely commensurate with the introduction of GM’s new products, increased 12% from the same year-ago period.

February sales of Small Pickups likely are headed for a year-over-year gain similar to January’s increase and partially will make up for shortages elsewhere – also meaning some volume will be pulled away from other truck segments.

It might mean cannibalization of the midsize segment, but two new Small CUVs are ramping up availability in Q1, the Chevrolet Trax and Jeep Renegade. Sales of the Trax have begun in small volumes, but current inventory is high enough that February should be a big month for it. Renegade deliveries are expected to start this month.

Also helping is the new ’16-model Kia Sorento midsize CUV, already on sale with inventory well above year-ago levels. High inventory for some older products such as the Honda Pilot mid-CUV and Kia Sportage small CUV are supporting strong year-over-year gains for them.