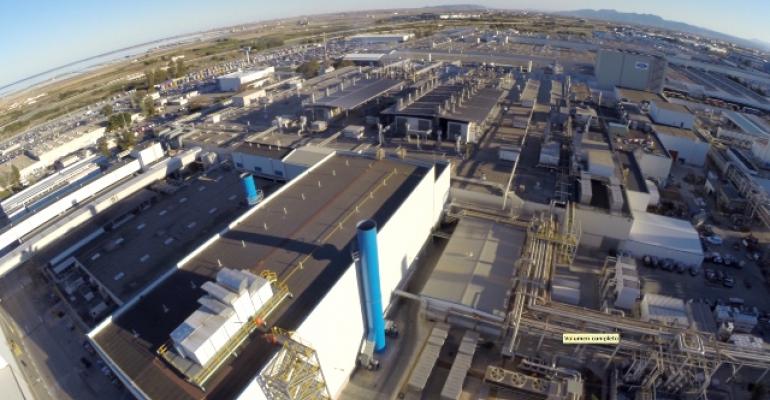 Despite good sales results in Western Europe last month, the Spanish auto industry has several idling plans as weak car demand is forecast for the last quarter of the current year and the first part of 2017.

MADRID – Spanish car sales increased 13.9% in September and 11.4% in the first nine months vs. like-2015, and deliveries across Europe also rose last month.

Yet, several automakers with plants in Spain are launching layoff and idling programs to reduce production as they forecast weak car sales in Europe during the last quarter of the current year.

The aim of those workforce cuts was to reduce Ford production of about 12,900 vehicles in fourth-quarter 2016 to coincide with the car-demand contraction registered in July due to the “Brexit” impact on Western Europe. Such cuts could be recovered next year when the production of the new Ford Kuga launches.

French automaker PSA Group is preparing a 49-days idling plan for its Madrid plant, where the Citroen C4 Cactus is exclusively assembled. This plan will affect 1,131 workers during the last quarter of the year. PSA also is running two more temporary idling programs in its Vigo plant in Northwest Spain, waiting for the start of the new Citroen Berlingo and Peugeot Partner LCVs in 2017.

GM Spain (Opel) has enacted a 35-day idling plan through April 2017 to adjust car production to demand, while it waits for the new Meriva generation and the Citroen C3 that will be assembled next year for PSA in General Motors’ Figueruelas plant near Zaragoza.

Volkswagen says during four or five weeks some “flexibility” measures could be implemented at its plant near Pamplona before the arrival of the new Polo in 2017.

Nissan is going to reach only 400 of the promised 1,000 new jobs due to weak sales of its Pulsar model in Europe and the delay in the launch of the assembling of the Alaskan model, the Renault clone of the Nissan Navara pickup.

SEAT announces that due to the start of new-generation Ibiza assembly in 2017, no temporary workers will be needed at least during the first half of next year.

Renault Spain is the sole automaker that has not announced production cuts or idling programs. Vicente de los Mozos, president of Renault Spain, says such measures are not needed “because the company did its homework in due time.”

Many experts do not have a clear idea if the announced measures started with a panic triggered by Brexit and the car-sales reduction in June and July, or by the correction of initial demand estimations for 2016.

Car sales were strong in Europe in September 2015, indicating the reduction in car demand in June and July could have been a false alarm. But now Brexit danger seems to have emerged again, causing the exchange rate of the British pound against the euro to fall considerably.

In Spain, car sales could reach 1.15 million in 2016, according to recent forecasts from ANFAC, the main Spanish association of automakers, a figure that corresponds to sales levels preceding to the financial crisis.

At the close of September, the eighth PIVE Plan of subsidies to renew the national fleet with more efficient cars was exhausted. The financial aid was only €1,500 ($1,630), €750 ($816) coming from the Spanish government and a similar amount from the automakers through their respective dealers.

It is not a significant amount, but helpful for dealers to move cars. The demise of this financial aid trigger could cause a fall in car sales in Spain, although that seems unlikely when, despite more than nine months with a functioning government, employment is growing in Spain and it is thought GDP could grow by 3.3% in 2016.