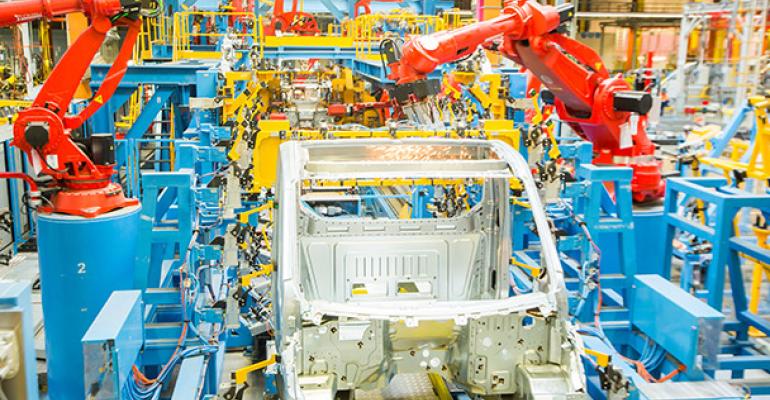 According to the Russian business journal Autoreview, the Ford-Sollers joint production venture may continue building only Ford Transit vans at its Tatarstan Republic plant. The JV’s assembly plants in St. Petersburg and Elabuga could be closed.

ST. PETERSBURG – Ford is considering a major restructuring of its Russian operations that includes closing two of its three plants and laying off thousands of workers, according to sources close to the company and Russian Ministry of Industry and Trade officials.

The changes in Russia are part of a recent announcement by Steven Armstrong, head of Ford in Europe, the Middle East and Africa, that the automaker will overhaul its European business to increase profitability and competitiveness.

Ford has manufactured vehicles in Russia since the 1930s and traditionally has considered it an important market, but sales in recent years have fallen short of expectations.

Ford has not publicly commented on the actions it expects to take by the year’s second quarter. According to the Russian business journal Autoreview, the Ford-Sollers joint production venture may continue building only Ford Transit vans at its Tatarstan Republic plant in Naberezhnye Chelny. The JV’s assembly plants in St. Petersburg and Elabuga could be closed while Fiesta, Focus, Mondeo and EcoSport models manufactured at those facilities would be replaced with imports or completely withdrawn from the market, Autoreview reports.

Russian Ministry of Industry and Trade analysts say Ford, rather than close its two Russian factories building slow-selling sedans, could convert them to manufacture more popular models, particularly crossovers and commercial vehicles. The market has growth potential, as evidenced by Daimler’s recent decision to establish production in Russia, the analysts say.

In the meantime, the government is supporting Ford. The Ministry of Defense recently signed a contract with the automaker to modify Explorer SUVs, Transit minibuses and Tourneo Custom minivans used by the military police.